James Proud, who served in the British Army for 12 years, joined Deloitte five years ago. He quickly rose up the ranks to lead a team supporting IT for the 12,000 people working at Deloitte’s London campus. As a result, many colleagues might have come across him at the Deloitte London offices without realising that he is a veteran – or knowing about the work he does to inspire others. He shares his story about making the transition and provides some helpful career advice for anyone looking to progress.

Everyone needs a personal development plan – this was instilled in me in the Army, which is why I regularly talk to my team about what they want to learn and where they see their future.

It works. I have progressed quickly since joining the firm being promoted three times in five years, but my career highlight has to be creating a high performing team, where each person is motivated to develop. Yet, without my training in the Royal Signals I would not have learned how to bring out the best in people.

People management and team building are just some of the transferrable skills veterans like me can offer employers - along with a good work ethic, discipline, team-work and communication, management and leadership skills.

These are all needed by employers in every sector, and yet making the transition from the army is still not easy because roles and skills do not always translate.

That is why I – along with other veterans working at Deloitte – help advise those who are leaving the Forces at the Insight Days hosted by the Deloitte Military Transition and Talent Programme (DMTTP) (the next is being held in London on 6 February).

One piece of advice we give is to focus on the skills that are easily transferrable - but you might need to put them into terms future employers will understand. They might not know what a sergeant does but showing that you can lead a team or project manage does translate.

My advice to others who are leaving the Forces is that ‘you might have to take a step back, to take five steps forward’ (and the same applies to anyone making a career change). As a sergeant in the Army I was looking after 50 or 60 people, but I had to be realistic and instead of starting in a high-level leadership role, began in IT support, then progressed to managing one person, then four, then 13 and now I manage 25. If you are quick learner and work hard, you won’t take a step back for long.

One thing that surprises some of those hoping to transition to a civilian career is that I was a soldier, not an officer, and do not have a degree and yet I have a management career.
I also volunteer as part of the Deloitte’s One Million Futures initiative and find that school pupils are equally shocked that I did not attend university.

Through Deloitte London’s partnership with the Holy Family School in Walthamstow we have offered tours of our IT operations to pupils and they are always amazed that you do not need to go to Oxford and Cambridge to work at a company like Deloitte. When they discover that Deloitte employees come from all backgrounds and that we need people at all levels, you can see their perceptions changing. 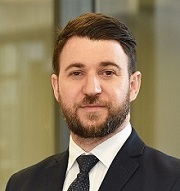 James Proud is an IT Manager providing internal support for staff working at Deloitte throughout the United Kingdom.