I attended the excellent London Planning & Politics conference recently and joined a panel debating the key policy interventions to tackle London's housing crisis. My theme was the need to broaden the composition of housing supply in order to achieve the 50,000 per annum new homes that London needs.

My starting point was the history of London housing delivery. 1970 saw the last peak in house building in the capital - 37,000, of which 80% were built by local authorities. In 2015 the total was 25,000, of which c. 75% was delivered by the private sector house builders, and the balance by housing associations. There was minimal recorded new build construction by local authorities (see graph below). 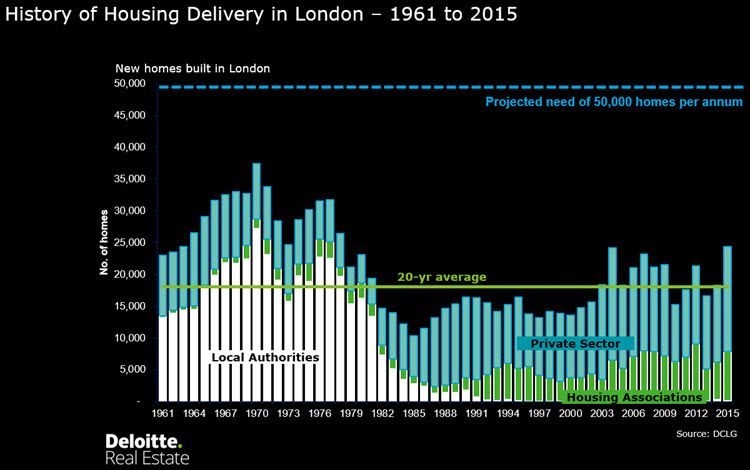 There has been three consecutive years of growth, which is a significant achievement, however we are building about half of the identified need. So the question the Mayor and all policy makers are grappling with is how to bridge the gap, and deliver an additional 25,000 per annum, and then sustain that level.

To put this in context, this requires the land equivalent of Hyde Park and Green Park, with residential buildings of around six storeys every year. The key is therefore delivering a step change in land supply and broadening the supply chain.

I focused on five key aspects of supply to bridge the gap (see graph below): 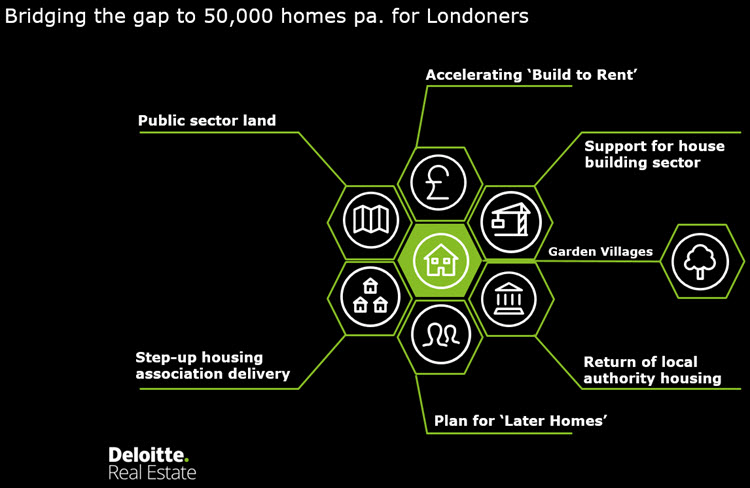 Public sector land & delivery
Public sector land has a vitally important role to play. Take TfL as an example. With an estimated 5,000 acres of land in its ownership over the last two years it has transformed its capabilities to develop above or alongside transport infrastructure to deliver homes and jobs. With support from Deloitte Real Estate it has selected 13 development partners and identified an initial development of 75 sites, which are now being brought forward. TfL now has the capability and land to become the largest housing delivery agency in London. The Mayor is preparing a strategy to broaden this to the majority of public sector land owners in the Homes for Londoners initiative.

To maximise the impact of the release of public sector land, I suggest three further interventions:

Purpose Build to Rent
We need to create a level playing field for the build to rent sector to acquire land and secure planning permission at scale throughout London. There is the capital to deliver a step change in the growth of this sector from pension funds. This is the right sort of capital - long term and requiring high standards of management of build for rent developments to ensure high levels of customer satisfaction and occupancy - a virtuous circle. This sector could be delivering well in excess of the current annual target of 5,000 homes by 2025.

Later Homes
25,000 of all homes in London are occupied by people of 65 years+. Life expectancy of Londoners is growing - 80 for men and 84 for women.
With huge growth in demand for ‘later homes’, the planning system and development industry should scale up this sector's delivery massively. Purpose designed and managed later homes provide the accommodation and, where required, care and support this growing sector of the population require. All the evidence points to the huge benefit for the rest of the supply chain - every later home unlocks three moves in the housing ladder and releases a home, and often capital, for the next generations. It is a double whammy.

The below graph is a Straw Man illustrating a broader composition of housing supply in London, driven by the release of public sector land, gearing up of public sector agencies, including the 32 London Boroughs to deliver housing in partnership with a growing housebuilding sector. 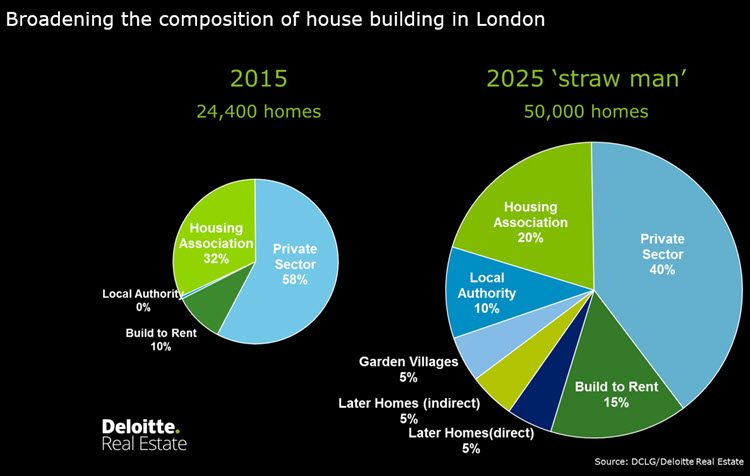 A final piece of the jigsaw will be the role of garden villages or planned urban extensions, on existing or new public transport routes with fast access into London. This is the duty to co-operate applied to the local authorities outside London, and ensuring part of London's housing needs are met in sustainable locations in the South East. Our research with British Land ‘Meeting the needs of London’s growing population and economy’ (below graph sets out the recommendations for the planning and development industry in London ) looked at some of the international cities that compete in the global stage with London. We could find none that had accommodated the scale of population growth - 1 million new residents - that London will experience without expanding their geographical boundaries. As a result we recommended stronger strategic planning for housing and infrastructure for London and the South East. 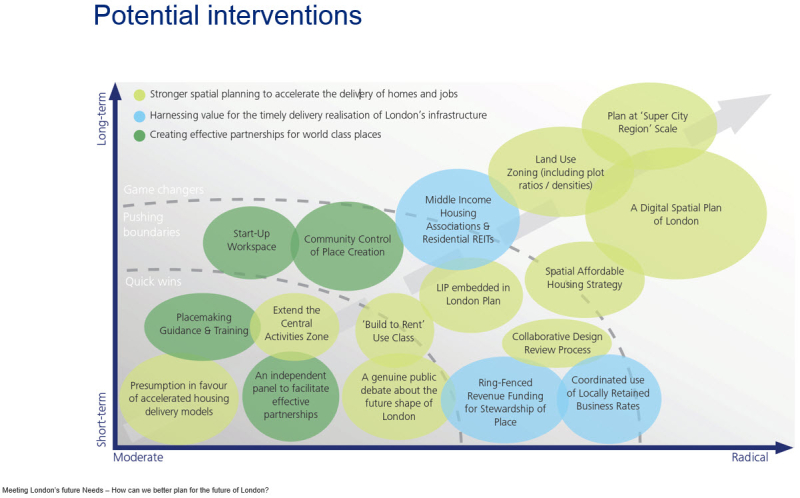 As a Partner of Deloitte Real Estate, John's career spans 30 years helping to steer major development projects through the planning system on behalf of landowners, developers, investors and local authorities. He brings commercial insight to planning challenges, and believe the key to success is building effective partnerships between developers, local authorities, and local communities.