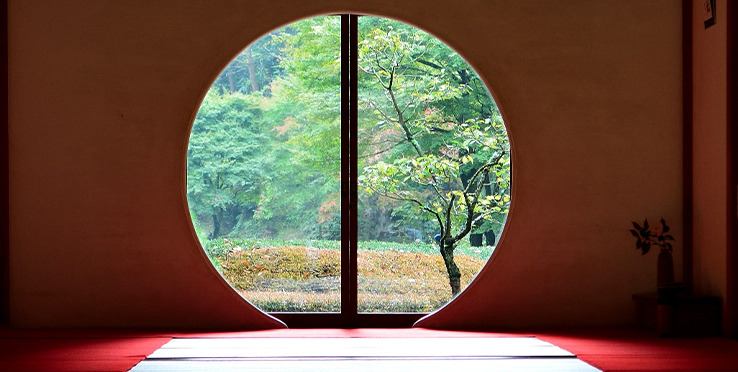 In the 1970s and 1980s high rates of inflation threatened economies and social stability across the West. Since then, independent central banks have helped tame inflation, aided by rapid globalisation that has provided western consumers with more and cheaper goods. For most of the last 25 years inflation rates have bobbed around the 2.0% mark. Politicians and voters haven’t needed to worry much about inflation.

With prices up by around the 9.0% mark over the last year in the US and Europe inflation has moved centre stage again. The cost of living poses a major challenge for the Democrats in November’s US mid-term elections and the issue has dominated the Conservative leadership election in the UK.

The data are worrying. While in the UK average total earnings rose by a hefty 6.2% in the three months to May on a year earlier, CPI inflation rose by 8.3%. Even with earnings growth running at unusually high levels, real earnings, after inflation, have fallen by 2.1% in the last year.

These are averages, and they do not capture how inflation is bearing down on low-income households. These households spend a higher proportion of their income on energy and food, and face a higher effective rate of inflation. The Institute for Fiscal Studies estimates that in April, when inflation was running at 9.0%, the effective inflation rate for those in the bottom 10% of the income distribution was 10.9% compared with 7.9% for those in the top 10%.

The effects of higher inflation rates are interacting with sluggish income for low earners to accentuate the squeeze. Earnings for those in the 10th percentile up from bottom of the earnings distribution have risen by a meagre 1.3% in the last year, far below the average of 6.2%. For the 25th percentile earnings have risen by 4.2% and for the 99th percentile by 10.5%.

Sectoral data confirm this story. Wage growth is running at below average levels in arts, entertainment, recreation and hospitality – sectors where pay levels tend to be lower and which have been most affected by the pandemic. Conversely finance, insurance and business and professional services came through the downturn in relatively good shape and pay growth in these sectors is growing faster than average.

While wages and salaries make up 78% of household income, benefits and pensions are important, accounting for 16% of total income (investment and savings income account for the remainder).

Benefits and the state pension increase in April at the rate of inflation prevailing in September. It’s a formula which means that, as is happening today, the value of benefits falls in real terms in times of rising inflation. In April benefits and the state pension increased by 3.1%, far below current rates of inflation. Most public sector pensioners receive full inflation protection, albeit with a lag, similar to state pensions and benefits. Both groups, like those on benefits, will see their incomes catch up next April, but in the meantime they face a shortfall.

Data can’t capture all the nuances. Somebody who has to drive a long way to work, has an inefficient car, a poorly insulated home or depends on an oil boiler is on the wrong end of the sharpest rises in prices, regardless of their income. Those who own their own home or who have a subsidised rent are more insulated from rising private sector rents. Those with variable rate mortgages are more exposed to rising interest rates. A number of tax thresholds and allowances, from the higher rate threshold, to pensions, inheritance tax and ISAs, have not kept pace with inflation, increasing the effective tax rate.

With inflation outstripping earnings consumers are cutting back. Half of adults are buying less food and half say they are cutting back on energy. In the last year one-third of those questioned said they are taking shorter showers and almost half were washing clothes at lower temperatures.  More consumers are shopping around more switching from branded food products to supermarkets’ own brands.

Some factors are more supportive for the consumer. Unemployment is close to the lowest level in 50 years and job vacancies are near record levels. The government has brought in a dizzying array of measures to try to soften the income squeeze, with £400 off all energy bills, reductions in council tax and fuel duty, extra help for those on benefits and a rise in the threshold for paying National Insurance. It seems likely that the new Prime Minister will come back to Parliament later this year with further help. In April the National Living Wage, paid to over 2m people, or 7% of the workforce, was increased by 6.6% – above the growth of whole economy earnings, though insufficient to keep pace with inflation.

But none of this alters the fact that the income squeeze is set to intensify. Energy bills are forecast to rise another 60%–65% in October, to about £3,200, pushing inflation close to the 12% mark. Activity and business confidence are softening and the labour market is likely to follow, with job creation slowing and unemployment likely to edge higher next year. The Office for Budget Responsibility estimates that real household disposable income – the broadest measure of living standards, incorporating, wages, benefits, tax changes and investment income – will see the sharpest decline since records started in the 1950s.

What does this mean for consumer spending? Spending snapped back quickly from the pandemic, with the volume of consumption up over 12% in the year to the first quarter, the equivalent of five normal years of growth in spending in just one year. That recovery is over. Consumption probably declined in the second quarter and we expect it to drift lower over the next four quarters, to the middle of 2023. It may not be till the second half of next year, with inflation materially lower, that consumer spending rises.

For 2023 as a whole we expect consumption to fall by 0.4%. That’s modest decline by the standards of the pandemic and the recession of 2008-09, and similar to the fall that was seen in the more modest recession of the early 1990s. It is also a better outcome than might have been expected given the squeeze on spending power. This is partly because more affluent households account for a disproportionate share of spending and are more financially robust (They tend to have savings and assets, and better access to credit). The top 50% of households, for instance, account for almost 70% of all spending. Their consumption is likely to suffer less than that of those with fewer resources.

The best outcome is that inflation peaks early, and falls sharply, and that any softening in the labour market is temporary. Yet even with that relatively benign outcome, consumption would probably stagnate for three or four quarters. For the first time in 40 years we are experiencing the damage wrought by high inflation.

PS: Inflation may be rampant in much of the world, but not everywhere. In China prices rose by just 2.5% in the year to June, a fraction of the 9% rate seen in the US, UK and euro area. China suffered a relatively low death toll from COVID and did not respond with the same aggressive fiscal and monetary ease that boosted demand – and inflation – in the West. More recently strict lockdowns have knocked spending in China, dampening price pressures. Swine flu, which sent pork prices soaring in 2018-21, has dissipated, reducing the price of a Chinese staple. China is helped too by the fact that it consumes more rice rather than wheat, the price of the latter has soared since the invasion of Ukraine. Inflation is also relatively low in Switzerland, with prices rising by 3.4% in the year to June. Hydropower and nuclear energy account for more than 90% of Switzerland's electricity production helping insulate it from global energy markets. A soaring Swiss franc, caused by the currency’s status as a safe haven, has protected Swiss consumers from higher import prices. Meanwhile the government has made it harder for businesses to mark up prices for the Swiss market and made it illegal to prevent online shoppers from purchasing cheaper goods or services from foreign websites. Lower health insurance premia have helped too.