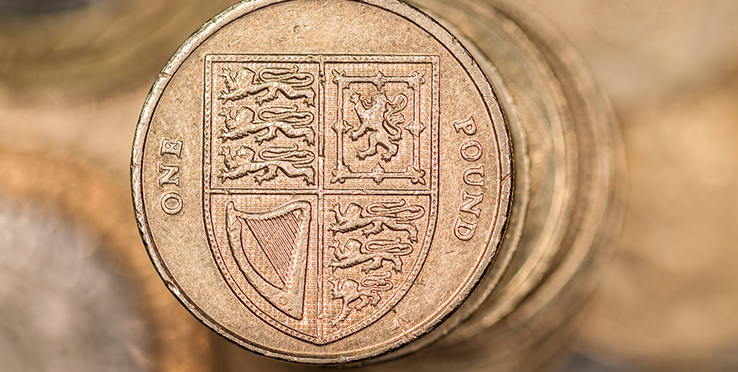 The pound has been losing ground in international currency markets. So far this year it has lost 5% of its value on a trade-weighted basis, mainly because of a 10% fall against the US dollar.

A number of factors have contributed to this underperformance.

As the global outlook has deteriorated investors have sought the perceived safety of the US dollar. Faced with previous shocks, such as the dotcom crash, the financial crisis or the pandemic, investors shifted into dollars. With global recession risks rising and sharply higher US interest rates in prospect that’s where many investors want to be. Last month the dollar hit a 20-year high against a trade-weighted basket of currencies.

Sterling has also lost ground against other major currencies. It has fallen 3% against the euro and 6% against the Swiss franc this year. It has seen even greater declines against a number of important emerging market currencies including the Chinese yuan, the Brazilian real and the South African rand.

Sterling’s underperformance against a broad range of currencies seems to reflect growing concerns about UK economic prospects. The OECD predicts that the UK will be the slowest growing G20 economy other than Russia in 2023. Domestic political uncertainties and the long-term effects of Brexit, which have created new trade frictions and costs, have added to the headwinds for the pound. Trade-weighted sterling fell sharply after the EU referendum in 2016 and, despite recovering from its trough later that year, remains 8% below the levels before the vote in June 2016.

But do current exchange rates reflect the true, underlying value of the pound?

We wouldn’t put too much weight on such calculations as a guide to the future direction of currencies. Market exchange rates can spend years deviating from such theoretical estimates of fair value. The yen, for instance, has been undervalued on most measures of purchasing power parity for much of the last 20 years. What these calculations do show is the attractiveness of the UK, and UK assets, to dollar tourists and investors.

A weaker pound adds to import costs, raising inflation, and sharpening the dilemma for the Bank of England as it seeks to curb inflation. Sterling deprecation should boost UK exports. However, the pound has been in decline for decades and has coincided with the UK posting ever larger trade deficits – hardly an advertisement for the merits of devaluation.

Britons looking for a favourable exchange rate on foreign holidays might want to consider destinations like Turkey or Sri Lanka, where economic crises have hit local currencies. Sterling is up 11% against the Turkish lira and 58% against the Sri Lankan rupee this year. The pound has also appreciated against the Japanese yen, as the Bank of Japan sticks to its policy of ultra-low rates and quantitative easing as other central banks move to tighten. Those considering a visit to Tokyo could benefit from a 7% appreciation of the pound since the beginning of this year.

A rebound in UK activity or more rapid rate rises by the Bank of England could offer sterling some support. But data on speculative positions in sterling futures contracts show that investors remain negative about prospects for the pound. With good news about the UK economy in short supply optimism about sterling is too.