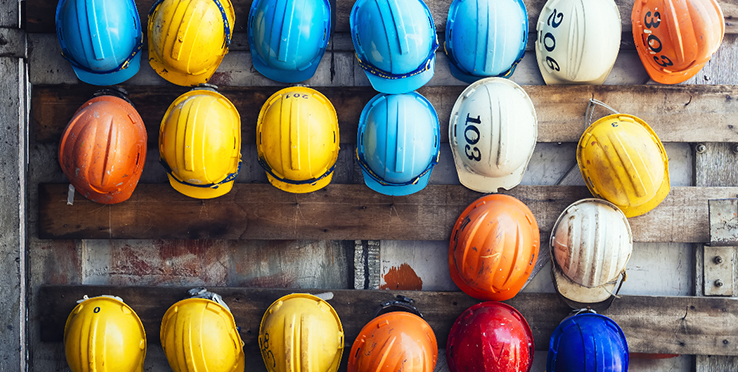 The UK labour market has come through the pandemic in surprisingly good shape. Predictions of mass job losses proved wide of the mark. The end of the furlough scheme, which was widely expected to result in major job losses, was instead followed by a surge in job vacancies and lower levels of unemployment.

Now the UK unemployment rate is close to the lowest level in almost 60 years. Job vacancies have never been higher and, for the first time, there are more vacancies than unemployed people in the UK.

The problem now is not a lack of jobs but a shortage of people to fill them. Indeed, while GDP is 1.2% higher than it was before the pandemic there are more than 270,000  fewer people in employment than in early 2020. This does not fully capture the true number of workers who have been ‘lost’ to the labour market. To work that out we need to estimate the number of people who did not enter the labour market, or decided to leave it, because of the pandemic.

We do not know the precise reason for people’s work choices, so in assessing the true effect of the pandemic on jobs we need to use a bit of creative guesswork.

It seems likely that the sharp rise, of over 250,000, in the number of people of working age classified as suffering from long- or short-term sickness since late 2019, is largely pandemic related. This seems plausible given that ONS data show an estimated 2m people suffering from self-reported long COVID at the beginning of June, of whom over 400,000 said it had limited their ability to undertake day-to-day activities “a lot”.

The pandemic also seems likely to be a major factor in the decision by more than 50,000 people of working age to retire, a change that goes against the recent trend of later retirement. The pandemic has clearly caused some people to reassess their priorities and others to stop work to reduce the risk of catching COVID.

Student numbers have also surged, with uncertainty and dire predictions of job losses encouraging more young people to stay on in full-time education. Again, the data are unclear, but we estimate that roughly 100,000 people may be in education today for such reasons.

Finally, there is the effect of the pandemic, and of Brexit, on people coming to work in the UK and on foreign workers who were already here. The data are incomplete, but HMRC reports that between June 2019 and June 2021 the number of EU nationals on UK payrolls fell by just over 170,000. EU citizens who lived in the UK before 31 December 2020 were eligible to apply to the EU settlement scheme to continue living in the UK. We currently do not know the relative weight of Brexit, the pandemic and other factors in shaping the decisions of EU workers who have left the UK since 2019. Some workers were likely always planning to return home however, and new immigration rules have prevented a new generation of EU citizens from moving to the UK.

Summing the increase in the number of people who are sick or retired, additional growth in student numbers and falling numbers of EU workers we get to 570,000 people. The pandemic will not have been the determining factor for all, but it probably played a major role for most of them, perhaps half a million or so.

So the pandemic has shrunk the UK labour force. But how has it changed the sectoral mix of jobs in the UK?

Part-time work has borne much of the brunt of job destruction during the downturn, with the number of temporary jobs and, perhaps surprisingly, full-time jobs expanding.

The single most dramatic shift in the labour market has been the decline in self-employment, which has dropped by more than 750,000 since late 2019. Yet this doesn’t seem to be about mass job destruction – much of this decline appears to be due to self-employed people changing to employed status. Many self-employed people, especially business directors and partners, and those in high-skilled occupations, reclassified themselves as ‘employees’. This coincided with the introduction of the furlough scheme offering support for employees. In addition, the introduction of the IR35 rules, which affects the tax status of some self-employed people, may have caused some to reclassify themselves as employees.

Unemployment is far lower today than anyone could have imagined two years ago, at the height of the pandemic. To have seen the sharpest UK downturn in 300 years and avoided mass unemployment is a significant achievement. That should not, however, obscure the way in which the pandemic has shrunk the labour force. Unless that loss is reversed, it will weigh on growth for years to come.