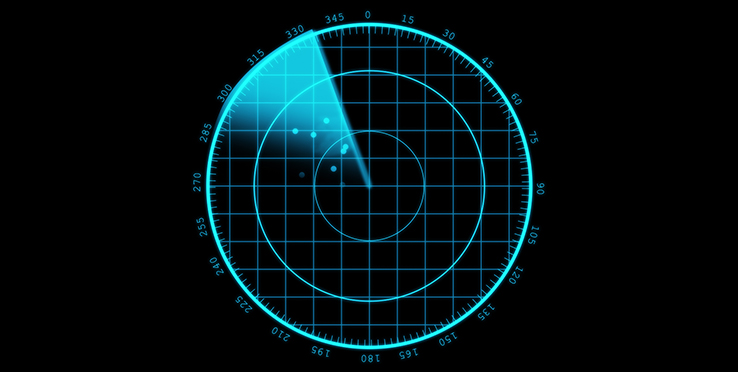 The Bank of England expects inflation to hit the 11% mark later this year. When inflation gets to these sort of levels things usually do not end well. Growth is slowing across the industrialised world. The question now is about the severity and magnitude of the downturn and whether we can avoid a recession.

Not every downturn is severe, still less turns into a recession. According to IMF research, a typical recession lasts about a year and is associated with a 2.0% decline in GDP, with severe recessions hitting output by 5% or more.

While each recession has its own causes most see stress in one area radiating out to the rest of the economy through a network of connections and linkages. Financial conditions, in terms of credit availability, pricing and liquidity, deteriorate. In the financial crisis of 2008 banks, fearing losses, scaled back lending hitting corporates and households. In the last few months the effects of China’s COVID lockdown has transmitted to the rest of the world through supply chain disruptions.

Not every sectoral blow up pulls the economy down. The sector may be relatively small, the linkages too weak. An aggressive policy response from central banks can prevent damage in one sector spreading. The dotcom crash of 2000–01 saw tech stocks lose three-quarters of their value. In the US fortunes were lost, bankruptcies soared, and growth slowed. But the US economy saw a mild economic contraction, partly because the Federal Reserve slashed interest rates to support growth.

Today inflation is at the highest levels since the 1980s. Central banks do not have the leeway to ease policy in the way they did in 2000, 2009 and 2020. On the contrary, they are raising interest rates and unwinding quantitative easing as economies slow. Government debt levels have risen in the last two years and interest costs are rising giving them less scope to borrow and to spend. We can’t count on central banks and governments to come riding to the rescue this time.

This downturn will be a test of the resilience of the private sector and its ability to cope with levels of inflation and rising interest rates the likes of which have not been seen since the late 1980s.

The banking system and households as a whole look relatively well placed. Large banks hold more capital and have more liquidity and are less leveraged than they were on the eve of the financial crisis. The financial system weathered the pandemic pretty well, albeit with the help of significant government and central bank support. The Bank of England thinks the major banks have the capacity to weather “severe economic outcomes” and the Bank wants banks to keep lending, saying it would be “counterproductive” for banks to shore up their balance sheets by withholding new loans.

In the UK household debt accounts for a lower share of GDP than it did at its peak 15 years ago. The bulk of borrowing is in the form of mortgages that, over time, have become less sensitive to changes in interest rates. 80% of the outstanding value of UK residential mortgages is at a fixed rate, compared with 55% five years ago. The Economist ranking of housing risk, which looks at debt, incomes, interest rate sensitivity and growth in house prices, puts the UK in a relatively reassuring 13th place, behind the other Anglophone nations and the Nordics. But in the UK, if not the US, where 30-year mortgage rates are the norm, few mortgage rates are for ever. Forty per cent of UK fixed-term mortgages are set to expire in 2022 or 2023, leading to increases in repayment costs for most mortgage holders.

UK households increased savings during the pandemic and the average UK household has over £6,000 in extra bank deposits and cash than would have been expected had the pandemic not happened. Rapidly rising equity and house prices mean that the ratio of household assets to debt has improved significantly in recent years.

Labour markets are also strong. At 3.8%, the UK unemployment rate is close to the lowest level since 1974 and job vacancies are at record levels. This is a good starting point, but it’s hard to see things getting any better. Given the likely deceleration in growth the jobs market is likely to soften over the next year and unemployment seems likely to edge higher.

While banks and households as a whole may not show obvious signs of risk, pockets of potential vulnerability exist across the UK and globally.

The effects of weaker growth, higher inflation and rising interest rates fall unevenly. More indebted, commodity-dependent parts of the economy, especially those with weaker balance sheets, are at greatest risk. Businesses dependent on discretionary consumer spending, perhaps big-ticket purchases or leisure and travel, will face greater headwinds than those selling essentials. Falling valuations for credit providers Klarna and, in the US, Affirm, testify to worries about slowing discretionary spending, higher funding costs and consumer defaults. Amazon rode the lockdown shopping boom, but its shares have fallen in value by one-third in the last year.

In the UK small and medium-sized enterprises (SMEs) have more debt than prior to the pandemic. At least 70% of that debt has been issued outside government loan schemes, and a large proportion of it is exposed to increases in interest rates over the next year. Cash holdings by SMEs are also lower than during the pandemic.

SMEs account for more than half of all jobs in the UK, so broad based stress in the sector could transmit quickly to incomes and employment. However, SMEs make up a relatively small share of corporate debt and therefore pose limited direct risk to the UK banks.

The major banks are more tightly regulated and better capitalised, but a growing proportion of financial activity takes place in the so-called shadow banking system. It includes creditors of many kinds, from pension funds to private equity firms and other asset managers. Together they manage over $60tn in financial assets, almost double the levels of a decade ago. The US is the centre of many financial innovations. The shadow banking system first took root there, but has since grown rapidly in Europe and Asia.

In the US, corporate debt as a share of assets is near record levels, particularly for firms in industries hardest hit by the pandemic, including airlines and restaurants. With the tightening of regulation over the last 14 years more investors and corporates have turned to private channels. Much direct lending goes from private investors to private corporate borrowers. In the US more expensive sub-investment grade, or ‘junk’ debt, has taken a bigger share of the market and now accounts for about 15% of total US corporate debt.

There are risks in the household sector too. Lower-income households spend a high proportion of their income on energy, tend to have little or no savings and have less secure jobs. In the UK the Bank of England estimates that households in the bottom decile of the income distribution spend over 90% of their income on essentials compared to less than half for those in the top 30% of the income distribution. Low-income households don’t borrow much, and, from a narrow banking point of view, are not systemically significant in the way big borrowers like mortgage holders are. They are, however, especially exposed to an inflationary slowdown, particularly if the jobs market weakens.

In the euro area the prospect of slower growth and higher interest rates have stoked concerns about a potential splintering of financial markets in the region. The worry is that, as happened in the euro crisis, financial markets will shun the government bonds of slower growth, more indebted countries, pushing up borrowing costs and adding to financial stress. Anticipating such threats, the European Central Bank has introduced a new programme designed to support at risk bonds. Whether it will have the scale and flexibility to forestall problems is, as yet, unclear.

Finally, the crisis in Sri Lanka highlights the risks facing some emerging market countries in the current environment. Those which depend on imports of food and fuel, which have high debt levels or unstable policies and are dependent on Western capital are most at risk. A number of African and Middle Eastern economies face significant strains.  The World Trade Organisation estimates that 35 African countries are dependent on wheat and 22 on fertiliser from the Black Sea region.

A raft of economic and financial data will tell whether the downturn threatens to turn into something worse. Insolvencies, unemployment, credit arrears and housing repossessions track levels of stress in the real economy, but they tend to lag the economic cycle.

Survey data and financial markets give earlier signals, though they can be skittish, and are imperfect. Surveys, such as those produced by the CBI in the UK, help track hiring expectations in the business sector. Interest rate futures markets testify to expectations for the scale of central bank tightening. An easing of inflationary pressures is likely to be preceded by a broad weakening in commodity prices (despite sharp declines in timber, freight shipping rates and copper prices we are not there yet). The spread between the interest rate on government and corporate debt gauges the market’s assessment of risk in parts of the private sector. A sharp widening of the spread between the interest rate on German and Italian government bonds would provoke concerns about a renewed euro crisis. And expectations for margins, revenues and interest rates are captured, albeit imperfectly, in equity markets.

Last week the Bank of England published its Financial Stability report, its attempt to gauge the balance sheet and financial risks facing the UK economy. It concluded that while the risks have risen the UK looks, by and large, reasonably well placed to handle a downturn. I tend to agree, though that gives me limited comfort. I can monitor a list of indicators as long as my arm but recessions often spring from unexpected sources and spread in unexpected ways. It’s what’s not on the radar – the things that we don’t know that we don’t know – that cause the real damage.