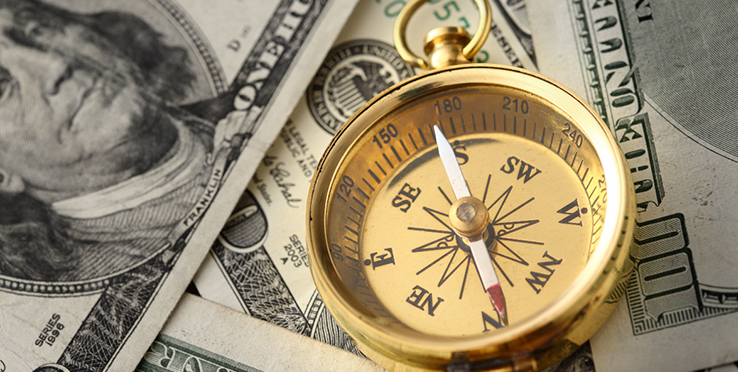 A year is a long time in economics. Last summer there was much talk of how the end of the pandemic could usher in a period of rapid, technology-driven growth, much as happened in the 1920s. Such talk has faded in the face of soaring inflation and faltering growth. Instead of roaring growth in the 2020s, global activity is spluttering, with the OECD and the World Bank warning last week of the growing risks of a recession.

Among rich countries the UK’s situation is especially challenging. The OECD thinks that UK growth will flatline next year, with only Russia seeing a worse performance among the group of 20 leading economies. The current issue of The Economist dubs the UK “stagnation nation” and bemoans its poor, and deteriorating, record on growth and productivity.

The risks are in plain sight. Inflation is eating into consumer spending power at a speed that has not been seen in decades. Weaker demand, higher interest rates, corporate cost-cutting and uncertainty inhibit growth. By undermining investment, and the ‘animal spirits' of the business sector, a weak economy depresses productivity and future growth.

In Britain’s case they are compounded by a history of weak productivity relative to other rich nations. There’s no consensus on why UK productivity lags. The list of suspects is lengthy, though inadequate capital investment, vocational skills and infrastructure tend to get most of the blame.

We are in a classic downturn phase of the economic cycle, driven, as so often in the past, by rising inflation. Most economists forecast a softish, if uncomfortable landing, so a slowing or stagnation in activity, yet most think that the risks lie towards things being weaker, not stronger. For our part we see a roughly 40% chance that the UK could fall into a technical recession before the end of next year.

Recessions tend to cast a long shadow on subsequent growth, as they did after the financial crisis. Yet a country’s growth potential is not solely a function of the ups and downs of the economic cycle. A host of other structural factors, including law and regulation, emerging technologies and the organisation of production, matter too.

If such structural factors shift in the right direction recessions can be followed by strong growth. The end of the first world war in 1918 saw a deep recession, driven partly by demobilisation, but this was followed by several years of strong growth as the widespread electrification of production boosted productivity. The UK suffered a severe recession in the early 1980s, but the Thatcher reforms of the period helped lay the ground for stronger trend growth through the 1990s and the early 2000s.

So amid the gloom about the outlook it’s worth keeping an eye on how the structure of the world economies might change.

One obvious driver of change is the way in which the pandemic has changed the organisation of work and where it takes place – the overnight experiment of home working saw the proportion of the workforce operating from home in the UK going from around 5% to 50%. The pandemic seems to have compressed years of digital and cultural innovation in remote working into months. A recent survey by the Office for National Statistics found that 38% of the workforce were working from home some or all the time. A survey carried out by the ONS in February found that an overwhelming majority of those who had to work from home during the pandemic wanted to adopt hybrid working. Previous step changes in the organisation of work, such as specialisation by trade, the production line and the modern office, have raised productivity. Hybrid working could have similar potential.

Reorganisation of work, when coupled with the mass application of new technologies, is one of the surest ways to faster productivity growth. And new technologies, from AI to mRNA vaccines, gene therapy and new, cheaper satellites, are coming through. Perhaps the greatest change, however, is the energy transition. Such a phrase does not capture the scale of what is happening. What has started as a shift away from hydrocarbons seems likely to broaden into a societal and industrial revolution in much the way that the move from water to steam power did in the 19th century and the shift from steam to electricity and hydrocarbons in the 20th.

Technological improvements have helped collapse the cost of onshore wind and solar power, rendering it cheaper than gas or coal. Last December the International Energy Agency estimated that global renewable capacity will rise by 60% by 2026 with total capacity forecast to exceed that of hydrocarbons and nuclear combined. Soaring energy prices could yet pitch us into recession, just as the oil price shocks of the 1970s did. But those shocks also led to a massive drive for energy efficiency. Today’s high energy prices, and the war in Ukraine, make the case for renewables still stronger.

In the short term the economic cycle is everything, and on that yardstick the outlook is darkening. But big changes in the structure of the world’s economy are coming, driven by technology, the climate transition, and the changing nature of work. These forces keep alive the hope that the twenties, while spluttering now, could yet roar.