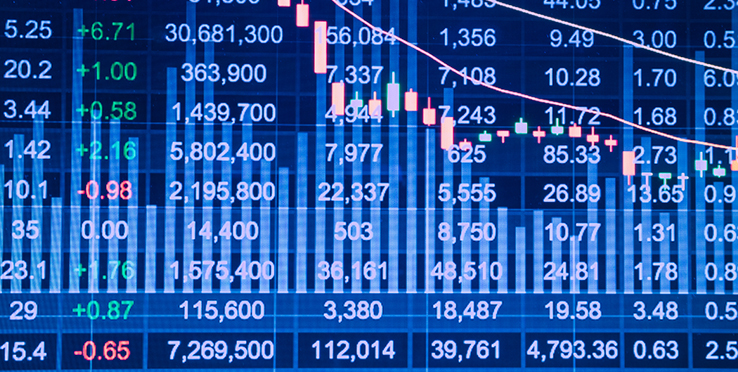 The odds of recession have been rising for months. Last week will be remembered as the week in which they lurched sharply higher. With US inflation hitting a 40-year peak of 8.6% and euro area and UK inflation at similar or higher levels, markets fear that central banks will have to push economies into recession to tame inflation.

For the last 15 years central banking has been about supporting growth and heading off deflation. Today they face the opposite problem – too much growth and rising inflation. The Federal Reserve broke the last great surge of inflation, in the early 1980s, by raising interest rates to 19%, in the process inducing a recession. Today’s situation is different, not least because inflation rates are lower and, unlike the 1970s, inflation has been well behaved for years. But there are enough similarities – soaring energy prices, tight labour markets and industrial unrest – for the 1980s’ experience to be relevant and unsettling today.

Central banks, like economists and journalists, have been slow to appreciate the scale of the inflationary threat. (Last summer it seemed likely that interest rates would stay at ultra-low levels for years to come; an early tightening of monetary policy was widely seen as posing a major threat to the recovery.)

That has changed. Last week the Fed raised rates by 75bps, the largest increase in 28 years, and an implicit acknowledgement that the pace of rate hikes so far had been too slow. Christine Lagarde, head of the European Central Bank, confirmed that euro area rates would increase in July and went further by saying rates would probably go up again in September and beyond. The Bank of England raised rates at last Thursday’s meeting, the fifth consecutive meeting at which they have hiked. On the same day the Swiss central bank raised Swiss rates for the first time in 15 years.

The message from central banks is that inflation is rising faster than they expected – and that they are determined to bring it back to target. No wonder financial markets expect a barrage of interest rate rises in the next six months. Markets see UK rates rising from the current 1.25% to around 3.0% by the end of 2022 before peaking at about 3.5% in 2023. US rates are forecast to rise from the current 1.5%–1.75% to 3.5% by the end of 2022 with euro rates rising from -0.5% to almost 1.25%. If markets are right, 2022 will witness the sharpest tightening of monetary policy since the 1980s.

Higher inflation and higher rates spell slower growth. Expectations for growth among institutional fund managers surveyed by the Bank of America are at the lowest level since the survey started in 1994. 44% of US business economists surveyed by The Wall Street Journal expect the US to fall into recession in the next 12 months. A separate survey by the FT of leading academic economists showed almost 70% expecting a US recession. Over three-quarters of global CEOs and board executives surveyed by the US Conference Board, a research group, expect a recession to hit in their main region of operation by the end of 2023. In the UK the Bank of England is forecasting that the UK economy will show virtually no growth in the next 18 months.

Equity markets have been rocked by recent news. The US S&P index of major stocks has lost 10% of its value this month and a total of 23% since the start of the year pushing the market firmly into bear market territory. The sell-off in technology and consumer discretionary sectors has been fiercer still. Investors are seeking the perceived safety of cash and value stocks that offer relatively high and secure dividends including healthcare and telecoms.

When central banks set out to crush runaway inflation recessions often ensue. That outcome is not preordained today, but it is increasingly likely.