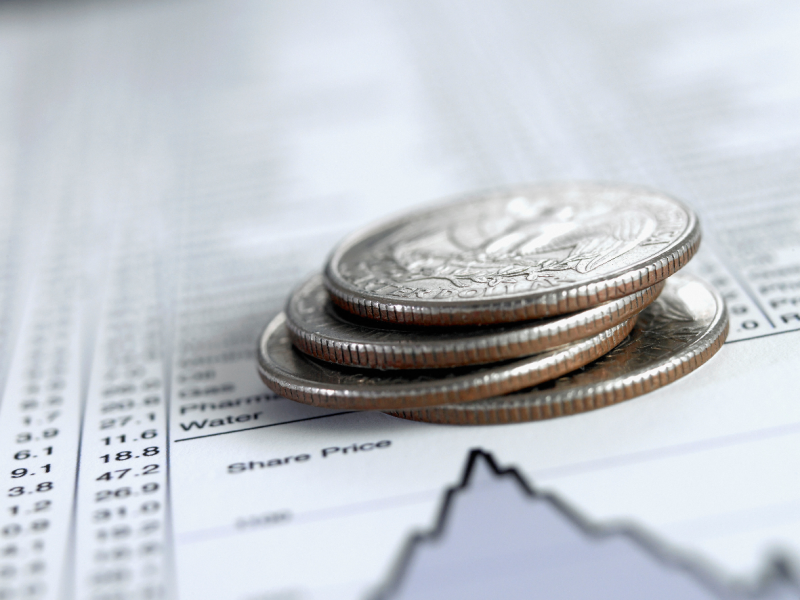 With UK inflation at the highest level in 40 years and set to hit the 10% mark later this year, households are seeing an acute squeeze on spending power. On Friday, the polling group GfK reported that their measure of UK consumer confidence had dropped to the lowest level since the series started in 1974.

High inflation is hitting lower-income households the hardest. Lower-income households spend a higher share of their incomes on energy and food, whose prices are rising rapidly. The Institute for Fiscal Studies estimates that headline inflation of 9% translates into an effective rate of 11% for the bottom 10% of earners and an inflation rate of around 8% for the top 10%. Indeed, higher-income earners are better placed on all counts – with lower inflation, faster growth in pay, higher levels of saving and lower levels of unemployment than lower-income consumers. Averages conceal these vital distributional effects.

Falling real incomes point to a squeeze on non-essential and ‘big ticket’ spending. In an IPSOS Mori survey of consumers across 11 developed nations, spending less on socialising and holidays, and delaying big ticket purchases featured at the top of their list of responses to the rising cost of living.

Online retail and price comparison websites make it easier for consumers to seek out the lowest prices. In another survey by IPSOS Mori, 39% of British respondents reported using a price comparison website to look for cheaper energy suppliers and 44% reported switching their regular supermarket for a cheaper alternative this year. The latter strategy was particularly popular in the aftermath of the financial crisis, allowing German discounters to win substantial market share from some of the biggest British supermarkets.

Consumers also say they are cutting back on heating and electricity. Around two in three Britons report not turning on their heating when they usually would have this year.

Falling real incomes hits demand for big ticket items, including cars, but in the longer term higher fuel costs also drive a shift to more fuel-efficient vehicles. In the wake of the oil price shocks of the 1970s, the fuel efficiency of American cars rose from 13.5 to 27 miles per gallon. Despite the pressure on consumers today, demand for electric vehicles remains strong.

Savings rates surged during the pandemic but have fallen sharply as consumers are forced to spend more of their income to sustain consumption. The impact is more pronounced on lower-income households, a far smaller proportion of which have accumulated savings during the pandemic compared to higher-income households. Consumers are also borrowing more to fund purchases, with significant increases in credit card debt.

High employment offers a source of resilience for consumers. Last week’s job data showed the unemployment rate dropping to the lowest level since 1974. This is certainly a tight labour market, but for most people earnings are failing to keep pace with inflation. Growth in median pay remains well below current rates of inflation, although earnings growth for many in the higher paid and high productivity professional, scientific, and technical services, and information and communication sectors, and in finance and insurance has kept pace with inflation.

Faced with higher inflation, corporates can respond by some combination of raising prices, improving productivity or accepting a reduction in margins.

The ability of businesses varies hugely between sectors and by size of business. Those with strong brands and large market shares tend to have the greatest pricing power. In the auto sector, for instance, Tesla has managed to raise prices and grow its margins and profit. Mercedes-Benz has also benefited from strong global demand for luxury cars, raising its revenues despite having produced fewer vehicles due to microchip shortages.

In the same way that online retail has made it easier for consumers to compare prices, the internet has also made it easier for businesses to better gauge the spending power of individual consumers. Businesses that have the best data about their customers are able to price discriminate - offering their most premium products to those who can afford them and targeted discounts on value options to those for whom costs are a greater concern.

Some, such as Tesla, also benefit from being seen as exclusive, luxury brands – with the power to raise prices on what is already a top-end product. In the latest version of its Tabby26 handbag, luxury bag maker Coach used softer and better-quality leather than in its original version and raised its price by $100.

In difficult times businesses tend to double down on cost reduction and other measures to raise productivity. Faced with supply disruptions and rising input costs many manufacturing businesses have redesigned products to reduce raw material wastage. Some restaurants are installing automatic burger grills and have developed app-based ordering systems while hotels have introduced robot floor cleaners to reduce labour costs.

But there are limits to the ability of businesses to pass on price rises or to offset them through cost cutting. In the latest Deloitte CFO Survey, a large majority of CFOs said they expect their businesses’ operating margins to decline over the next 12 months. Consumer-facing stocks are prominent among a growing number of corporates issuing profit warnings. Last Wednesday US stocks saw their biggest one day drop since the early months of the pandemic after Target joined fellow US retailer Walmart in reporting higher fuel costs and weakness in discretionary purchases were eating into margins. In the last month, shares in Walmart, America’s biggest retailer, have fallen 25% in value.

Yet if things are this difficult, how do we explain last week’s strong UK retail sales and job data? After all, the volume of sales of furniture – arguably a discretionary purchase – rose almost 12% on a year in the last three months while clothing and alcohol sales are seeing good growth. Meanwhile for the first time in decades job vacancies exceed the number of people looking for work.

To us the retail sales and jobs numbers tell us where we’ve been, not where we are going. Consumers are still spending, but they are now having to adjust their plans to an inflation rate that is no less than six times higher than a year ago. The labour market famously lags the economic cycle, with changes in demand and sentiment taking time to feed through to hiring and pay. With UK growth likely to all but grind to a halt later this year we think we are at the top of the labour market cycle, with unemployment likely to edge higher later this year and into 2023.

As persistently high inflation squeezes disposable incomes consumers are likely to become more resistant to price rises. Deloitte's Global Consumer Tracker shows that already 62% of Britons (and a majority of people in most other developed economies) think companies are raising prices more than they need to. Last week Sir Dave Ramsden, a member of the Bank of England’s Monetary Policy Committee, said that the Bank was finding that the closer a business is to consumers the harder they find it to raise prices.

To stop inflation in its tracks, as they plan to do, central banks have to prevent higher inflation feeding through into ever higher prices and wages. That points to a gathering squeeze on consumer spending power and corporate margins. We are in the foothills of that process. Hard though that will be, the alternative, of central banks needing to engineer a recession to crush runaway inflation, would be worse.

PS: Our colleague Raoul Ruparel, who is an expert on trade policy, has been closely studying recent developments on the Northern Ireland Protocol. Here, he provides a short summary and his perspective on their potential implications for UK businesses:

The UK government has confirmed its intention to introduce legislation in the coming weeks to unilaterally amend the Northern Ireland Protocol (part of the Brexit agreement with the EU) to try to ease the burdens on businesses trading between Northern Ireland and the rest of the UK. Unsurprisingly, the move has provoked a backlash from the EU, with warnings of retaliation and suggestions of a trade war if the legislation were ever to be implemented. While these noises will be both familiar and concerning for business, things are likely to be in a holding pattern for a few months yet. The legislation will likely take at least six months to pass both Houses of Parliament – and could potentially take up to 12 months. The two sides will continue to negotiate in the interim, though the gaps between them remain significant. The current standstill arrangements will remain in place for Northern Ireland while this rumbles on. Unionist parties have also set a high bar in terms of changes to the protocol as a prerequisite for discussions about forming a new Executive. As such, those talks could also drag on for some time. All in all, more uncertainty for Northern Ireland. From a planning perspective, one to watch and scenario plan for, but hopefully not yet a source of major disruption for UK/EU trade.