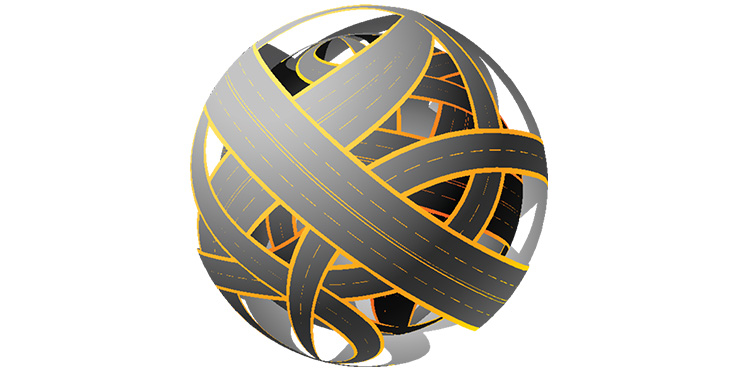 Wild swings in supply and demand during the pandemic put global supply chains under enormous pressure. By the end of last year it looked as if supply chain disruptions would start to ease in 2022. Slowing pent-up demand and increasing production pointed to a gradual return to something closer to normal. Such hopes have been dashed in the last two months by rising COVID cases in China and Russia’s invasion of Ukraine.

China is experiencing its worst COVID outbreak since the first wave in Wuhan with case rates running at more than four times the February 2020 peak. Lockdowns in Shanghai and other cities have badly disrupted activity and China's trucking industry, crucial to moving goods within the country and to major ports. Cargo volumes through the world's largest port in Shanghai have dropped by about a third since mid-March as freight is rerouted to other cities. Globally shipping times and backlogs of unfilled orders are rising.

The war in Ukraine and the imposition of sanctions on Russia have created new delays as a result of the rerouting of freight traffic and the need for additional customs checks. Air cargo has had to divert to avoid Russian and Ukrainian airspace resulting in lengthy holdups on major routes and increased logistics costs. Security risks, payment hurdles due to sanctions and concerns over public boycotts have led many firms to avoid the busiest overland rail route between China and Western Europe, which passes through Russia.

The conflict also risks exacerbating labour shortages, especially in logistics and shipping. According to the International Chamber of Shipping, about one in seven seafarers are Russian or Ukrainian and disruptions in air travel have made it difficult to transport or relocate them. Ukrainian men, who account for a significant proportion of European truck drivers, have been called on to join the military, which risks intensifying driver shortage.

But the biggest and most broad-based impact is through higher energy prices. Immediately after Russia's invasion, economic sanctions by the West and, in some cases, voluntary self-sanctioning by firms, led to a sharp rise in fuel prices. Although markets have steadied since the initial shock, the price of crude oil remains about 8% above mid-February levels and the price of natural gas in Europe is up 50% over that period.

Modern supply chains fed by offshored manufacturing have been significant sources of disinflation globally in recent decades. Now shocks and dislocations allied with rising transport costs are challenging the system’s capacity to contain costs. So, what do these shocks tell us about today’s supply chains?

First, despite unimagined disruptions supply chains have, by and large, worked pretty well. Imbalance in supply and demand have generally manifested as rising prices, not chronic shortages, which have been the exception rather than the rule. No system could have seamlessly adapted to such massive shocks, but global supply chains have proven to be flexible.

Second, optimised supply chains, running wafer-thin inventories, are predicated on forecastable fluctuations in supply and demand. It is no coincidence that the growth of international supply chains coincided with a period, from the early 1980s to the 2008, of rapid globalisation and unusual macroeconomic stability. Today’s systems were not designed for prolonged and extreme volatility.

Third, and finally, the war in Ukraine has underscored what has been a growing concern for some time now - the risks of relying heavily on foreign sources of strategic commodities, such as oil, natural gas or microchips.

Many of the supply chain frictions caused by the pandemic will resolve in time. Rising prices will raise capacity, increase supply and crimp demand. As pent-up consumer demand for goods dissipates, and spending on services normalises, goods price inflation is likely to ease. But in some ways the future of supply chains will be different.

With the war shifting focus from 'reliability' to 'security' of supplies, we are likely to see some reshoring or 'friendshoring' of supply chains to improve resilience. This is likely to be most prominent in sectors that are seen as being of strategic or systemic importance, such as energy or technology. The EU intends to cut its reliance on Russian gas by two-thirds this year and end it well before 2030. Western governments plan to increase local microchip production, with the EU aiming to double its share of global chip production by 2030 and the US making big investments in domestic microchip research and manufacturing.

Businesses are reassessing the balance between efficiency and resilience. Some are willing to pay a premium to increase diversity of supply or to run higher levels of inventories. Retailers, including Walmart, have built up inventories over the pandemic. Toyota is holding larger stocks of auto parts and for longer than before. The experience of the pandemic means that health authorities are holding larger stockpiles of emergency PPE and medical equipment.

A drive for greater autonomy and diversity of supply will create opportunities for businesses in sectors such as energy, defence and technology. The blocking of Huawei from Europe’s 5G network creates new demand for other suppliers including Ericsson and Nokia. Last week the UK government announced plans to build eight new nuclear reactors to boost power production, alongside existing plans to increase wind, hydrogen and solar power production. The German government has announced major investments in renewable energy and a sharp rise in defence spending.

The pandemic and now the war in Ukraine have highlighted risks that were previously hidden, tolerated or ignored. The supply chains of the future are likely to be more resilient to demand shocks and to geopolitical risk. It can perhaps best be thought of as an insurance against the unknowable. Insurance comes at a price - but a price that, recent events suggest, is probably worth paying.