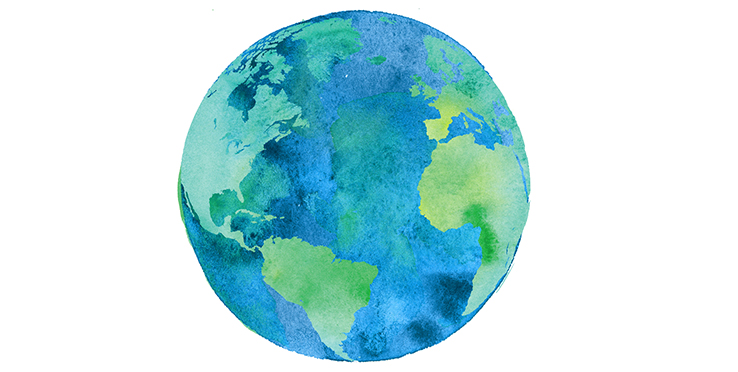 Please join me this Thursday when I will be discussing with David Strachan, head of our Centre for Regulatory Strategy, the risks posed by the war in Ukraine to the financial sector and to financial stability.

In between the war in Ukraine and a cost-of-living crisis it is easy to lose sight of the fact that COVID-19 remains very much with us.

Case numbers have halved from their January peak, but they remain high, with around 1.6m new cases being reported globally each day. Europe and Asia account for most cases with South Korea, Germany, Vietnam and France together making up 55% of all new cases worldwide. (Cases are likely to be higher than reported in developing countries due to more limited testing.)

The dominant strain of COVID-19 is BA.2, an offshoot of the original BA.1 Omicron strain, and now accounts for almost nine in ten cases worldwide. The UK Health Security Agency reports that the relative growth rate of BA.2 is 75% greater than that BA.1 variant that itself was significantly more transmissible than the Delta variant it displaced. So far BA.2 appears to be no more likely to cause severe illness than BA.1.

The Omicron family of variants is also much more likely to cause reinfections. The risk of reinfection through Omicron is estimated to be roughly ten times higher than with the Delta variant. The spread of BA.2 has been helped by the of lifting of many restrictions and by a more relaxed approach to catching the virus on the part of the public.

Despite high case rates the pandemic is currently in a less damaging phase and the global death rate is one-third of the peak recorded in January 2021. The FT’s John Burn-Murdoch notes that in the UK the ratio of people infected to deaths for COVID is now lower than that for seasonal flu. For 100,000 people infected with COVID in the UK there are currently roughly 35 deaths; 100,000 flu infections would cause about 40 deaths. The scale of the decline in the severity of COVID is remarkable. In January 2021, 100,000 COVID infections were estimated to cause over 1,000 deaths.

Such statistics do not capture the damage the virus continues to cause  through absence from work, long COVID, the strain on health systems and, above all, in the many countries where vaccine coverage among elderly and vulnerable groups is poor.

Hong Kong provides a worrying example. As of 8 February, this year Hong Kong had recorded just 213 deaths during the entire pandemic. By 29 March, the number had increased to 7,571 as Omicron moved into an elderly population with relatively low vaccination rates.

Hong Kong’s experience illustrates how early success in controlling the pandemic can reverse. Two months ago Hong Kong’s mortality rate was around 1% of the UK’s; today it is around 42% of UK levels.

While recorded deaths in China are currently low it, too, is at risk. The FT points out that the number of over-60s living in China who have received two doses or less is larger than the 126m population of Japan. Given such risks China has not yet dropped its zero-COVID policy and has reacted to the recent surge in cases with severe lockdowns, including in Shanghai, China’s largest city. (Africa, where incomes and vaccination rates are considerably lower than in China, faces perhaps even greater challenges.)

As well as the continuing risks posed by the Omicron variant there remains the threat posed by new variants. Two overlapping scenarios are of particular concern. One is where a new variant is more likely to cause severe disease and the other is where current vaccines are much less effective.

In February this year, UK government scientific advisory group NERVTAG described “a gradual or punctuated accumulation of antigenic variation that eventually leads to current vaccine failure [i.e. vaccines being ineffective]” as “almost certain”. The group described the notion that viruses become progressively less dangerous to human health as “a common misconception”. (The Alpha and Delta variants were more deadly than the original strain of COVID.)

A more virulent variant could emerge through genetic recombination (where a coronavirus acquires genes from its host or other viruses) or mutation. COVID is also circulating in a number of animals, including deer and mink. It is possible it could mutate over time in animal populations before transmitting back to humans.

Such risks could be countered through new vaccines that slow COVID transmission, antiviral drugs and booster doses. The great hope is that it may prove possible to develop a universal, or variant-proof, vaccine.

COVID may have slipped down the news agenda, but the world is still a long way from normal. For some countries, notably China, it is possible that a more difficult phase of the pandemic lies ahead. New variants will emerge, and it cannot be assumed they will be less harmful than their predecessors. Vaccines, booster campaigns and improved treatments remain the vital weapons. Yet for all the vast resources devoted to fighting it, the future course of the pandemic remains unknowable.