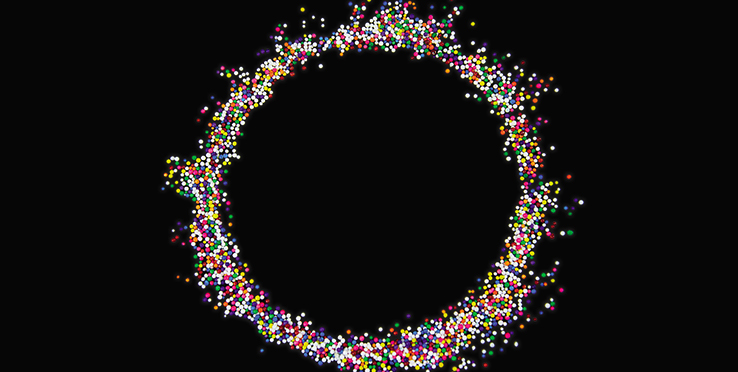 We start this week’s Briefing with a question. Rising inflation and April’s increase in National Insurance Contributions (NICs) are set to squeeze consumer spending power hard. Given that the average person in work is likely to earn less, after inflation, than last year, what do you think will happen to consumer spending this year? Will it decline, stay roughly the same, or rise?

So how can we be on the verge of what looks like a consumer boom when real earnings are falling? Two factors explain why.

First, earnings growth is measured at the individual level, while consumer spending is measured for the whole economy, and is the sum of all spending. Not all spending is financed from wages - levels of savings, borrowing and household wealth play a role too. Even if earnings stagnate if more people join the workforce the overall level of earnings will rise.

Second, we experience the world at an individual level, not at the level of aggregates, such as consumption, measured by economists. Just because total spending is rising doesn’t mean that everyone’s spending is rising. Many consumers have little or nothing in the way of savings and assets and a limited ability to borrow. The fact that more people are working doesn’t help an individual whose income is falling. Averages conceal extremes and, when it comes to incomes, the distribution of gains and losses matters.

Let’s take each of these two points in turn. Inflation seems likely to outstrip earnings growth this year, but rising numbers of people in work should support spending. So-called economic inactivity, the proportion of the working-age population not in work or seeking it, rose during the downturn, with many younger people prolonging education and older workers withdrawing from work. If the 400,000 people who left the workforce or were deterred from entering it during the pandemic start earning it will add materially to spending power.

At an individual level consumers are not wholly reliant on earned income to finance spending. They can draw on savings built up during the downturn. On average – and the money is spread unevenly across the population – UK households are sitting on about £6,500 in extra bank deposits and cash than would have been expected had the pandemic not happened. The savings rate, at 8.3%, is still way above the levels seen in the years before the pandemic, giving consumers space to redirect income from savings to spending.

Consumers can, of course, also fund spending by borrowing. Having paid down credit card and other consumer debt over the last two years, and with interest rates at rock-bottom levels, they are well placed to do so.

Rising equity and house prices provide further support for spending. Consumers can dip into ISAs and other longer-term savings to fund big-ticket purchases, such as cars or work on the house. And with the value of the average UK property having risen by £40,000 in the last couple of years, owner-occupiers have more scope to withdraw equity from the market by remortgaging.

The recent past demonstrates that consumption growth can, indeed, decouple from incomes. Disposable incomes suffered a prolonged squeeze in the wake of the financial crisis. Between 2010 and 2019 real average earnings grew by just 1.2%, capping a decade that saw the weakest rate of long-term earnings growth in more than a century. But the population grew by more than 6% and total employment grew almost 13%, adding to the number of consumers, while households borrowed more and saved less. So even though real earnings rose by just 1.2% between 2010 and 2019, household spending powered ahead by 21%.

This takes us to the second of our two points, about the distribution of income and spending across the population. Lower-income households spend more of their income on necessities, including food and fuel, making them particularly vulnerable to the sort of commodity-fuelled inflation we are seeing today.

Savings, assets and borrowing power give higher-income households a cushion against inflation that low earners don’t have. Higher-income households account for a disproportionate share of spending, with the top 50% doing almost 70% of all spending. Data on total consumer spending don’t reflect the true pressure felt by the lower half of the income distribution because so much spending is accounted for by higher earners.

The Tony Blair Institute estimates that, even after allowing for the rise in the minimum wage and the uprating of benefits, rising inflation and April’s increase in NICs will reduce the spending power of the bottom 10% of UK households by more than 4.0%. For lower-income households talk of a cost-of-living crisis is not outlandish.

Various ideas have been floated for softening the impact of rising costs. Postponing the increase in NICs or cutting VAT on energy bills are the obvious ones, but they would be costly and are poorly targeted, with much of the benefit going to middle- and higher-income households. Spreading higher energy costs over several years would be far cheaper. Moving the current environmental levies on electricity prices to general tax would reduce energy costs and would be more progressive than the current system. Probably the best targeted solution would be to raise low-income benefits temporarily.

There’s no easy or low-cost solution, and whatever action the government does take this will be a difficult year for wage earners, especially those on low incomes. Yet it is also more than likely that overall consumer spending will grow strongly this year. Falling real earnings and rising consumer spending can, indeed, be reconciled.

PS: Following on from last week’s Briefing, I would like to invite you to join me and my colleagues Amanda Tickel, head of Tax and Trade Policy, and Raoul Ruparel, head of Global Brexit Insights, for a discussion later today on the impact of Brexit one year on and the future of UK trade. If you have half an hour this morning, do join us at 11:00 GMT by registering here: https://event.webcasts.com/starthere.jsp?ei=1522733&tp_key=b6ec963ccc