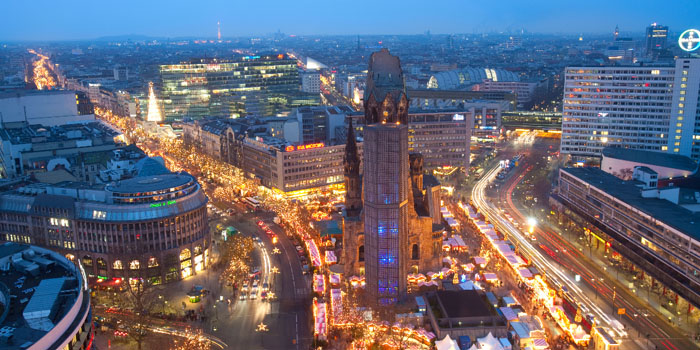 For the last ten years this has been the week in which we release our Christmas reading list. This year is no different, but we start on a sombre note, with an assessment of how the rapid spread of the Omicron variant could affect public health and the UK economy over the coming months.

Omicron is spreading rapidly, with levels doubling every two to three days. Last weekend Scotland reported twice the level of cases of a week earlier and Omicron now accounts for a third of new cases in London. Increased household mixing and socialising over Christmas is likely to provide a further impetus to the spread of the virus. Even with new restrictions in place, the greater transmissibility of the Omicron variant makes a major rise in case rates, what the prime minister last night dubbed a tidal wave, inevitable. Higher prevalence will bring the virus into contact with a wider population of unvaccinated or otherwise vulnerable people. The question is whether current restrictions, changes to behaviour and vaccines and boosters can significantly blunt the impact on hospitalisations and deaths.

Much hinges on the efficacy and coverage of boosters. The good news is that experiments by Pfizer-BioNTech show that with a third or booster dose protection is as good against Omicron as two doses were against the original variant. Yet while nearly 70% of the UK population has been double vaccinated, fewer than half have had the booster. This underscores the urgency of the government’s programme to offer everyone over the age of 18 a booster this month.

Modelling by the government advisory group SPI-M, the scientific group on modelling, estimates that under a relatively optimistic scenario in which vaccines and boosters remaining highly effective, UK hospitalisations could peak at 1,000 to 2,000 per day. This compares with average rates of around 800 a day over recent weeks and a peak of over 4,000 hospitalisations in January.

On Saturday the London School of Hygiene & Tropical Medicine released its own modelling of the possible effects of Omicron in a not-yet peer reviewed paper. The best case was of a peak in daily hospital admissions of over 2,000 a day, or two and half times current levels. On a worst case, where vaccines and boosters prove less effective, hospitalisations peak at around 8,000 a day, twice levels seen at the peak in January.

Many questions remain, particularly about the severity of illness and Omicron’s ability to evade vaccines. But the fact of its higher transmissibility, even if Omicron causes less serious illness and boosters are effective, means that hospitals may still struggle to cope.

Equity markets have so far remained sanguine. On Friday the US S&P 500 equity index closed at a new all-time high, having more than regained the losses it made in late November when the discovery of Omicron was announced. Despite rising UK case rates and new restrictions, the UK FTSE 100 index also ended up on the week.

In the real economy the new variant is exerting a dampening effect on activity, with restaurant bookings and air and rail travel softening. The restrictions coming into force in England today are less stringent than those seen in the last two lockdowns. Together with the fact that office occupancy is still well below pre-pandemic levels, and organisations are more accustomed to dealing with restrictions, today’s measures are likely to have less effect on activity than those seen last winter, but will undoubtedly hit growth.

Uncertainty will weigh on business and consumer confidence with the hospitality, leisure, travel and entertainment sectors most exposed to restrictions. We think current measures are likely to reduce UK GDP by 0.5 percentage points to 1.0%, with most of the decline occurring in January. Coming at the start of the year, a decline in activity of this scale could have a material and negative effect on full-year GDP growth. We will revisit our current 2022 GDP forecast of 4.8% in early January. While the magnitude of revision to our forecast is not yet clear, the direction will be down.

And, of course, further restrictions could become necessary if hospitalisations were to rise sharply. Now that support for the self-employed and those on Universal Credit and the furlough scheme have been wound up a lockdown on the scale of the last two is almost inconceivable. Without the return of previous levels of support, further restrictions would need to be more narrowly focussed, probably at a sectoral level.

Even two years into the pandemic forecasting public health outcomes even a fortnight ahead are highly uncertain. More will be known within the next few weeks, and a fuller picture will emerge.

In the meantime, Christmas lies ahead. And, as usual, we are equipping readers with six articles chosen by the team and designed to offer an entertaining distraction from the coming festivities. All are available free online, although some websites restrict the number of articles that can be accessed without charge each month.

In 2016, hackers from North Korea almost succeeded in raiding Bangladesh’s central bank and stealing $1bn. A meticulously crafted plan had enabled the hackers to transfer most of the money to a bank situated on Jupiter Street in Manila. Coincidentally, Jupiter was also the name of a sanctioned Iranian vessel, that raised suspicions in the US, and ultimately led to the raid being thwarted. This article tells the story of how one of the world’s poorest and most isolated countries trains elite hackers who came very close to pulling off the most audacious cyber heist of our time.
https://www.bbc.co.uk/news/stories-57520169

Complex supply chains mean the constituents of a finished product may have circled the globe several times before reaching the consumer. This creates new efficiencies, and complexities. The latter have increased the risk that lower-quality products are passed off as something more desirable. This article from The Guardian looks at how a New Zealand-based firm uses atomic and chemical analysis to identify the unique signatures that geology, water and climate leave in crops, livestock, and seafood. The technique can be used to determine if Egyptian cotton was really grown in Egypt, Welsh lamb is really from Wales or if a supplier is trading with a region subject to sanctions.
https://www.theguardian.com/news/2021/sep/16/food-fraud-counterfeit-cotton-detectives-untangling-global-supply-chain

Economist Dashun Wang has found that 90% of people have a “hot streak” in their career, a period where their output produces a particularly high impact. In his search to understand how and why these bursts of productivity occur Wang considered age, work intensity, collaboration and experience. None provided a strong explanation. Instead, the secret to such hot streaks, as this article from The Atlantic explains, seems to lie in experimenting with different approaches and types of work, before selecting, and pursuing, a winning strategy.
https://www.theatlantic.com/ideas/archive/2021/11/hot-streaks-in-your-career-dont-happen-by-accident/620514/

Can taxes save the world? In this article FT columnist Tim Harford argues that a tax on carbon would provide consumers with a powerful tool for understanding the carbon impact of their consumption decisions. Bafflingly complex decisions, such as choosing between tomatoes grown in heated UK greenhouses or ones air-freighted in from Spain, would, Harford argues, become simpler.
https://timharford.com/2021/11/why-carbon-taxes-really-work/

An Italian ski resort uses 10,000 geotextile blankets to slow the melting of a glacier during the summer months and snow cannons to boost snowfall in the winter months. This Wired article examines the practical challenges to this labour and energy-intensive technology, which is successfully sustaining the targeted glacier, but cannot be implemented at scale on other glaciers.
https://www.wired.co.uk/article/glaciers-melting

Earlier this year the Ever Given, a quarter of a mile long container ship, became wedged in the Suez Canal, causing significant disruption to global trade for seven days. Strong sandstorm winds had turned the ship’s towers of containers into sails, pushing the vessel off course and resulting in it blocking the canal. This Vanity Fair article reveals colourful details including the Ever Given’s cargo (including one full-size replica T-rex for an English mini-golf course) and the politics of making it through the canal.
https://www.vanityfair.com/news/2021/11/stuck-ship-of-the-suez-canal-inside-the-supply-chain-snafu

PS: News stories will be back next week.