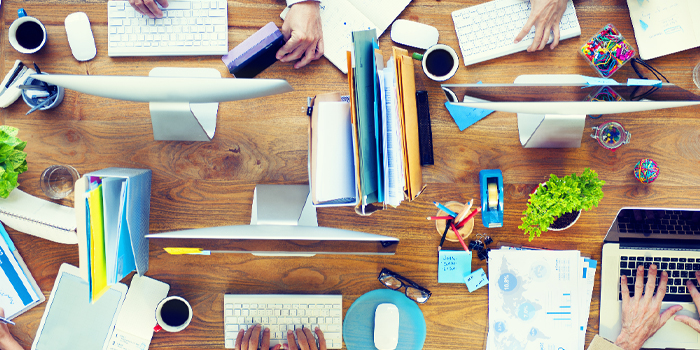 A New Winter of Discontent? Join us for a Deloitte Academy webinar where I’ll be discussing with Deloitte specialists, Raoul Ruparel and Jurga McCluskey, and Jaguar Land Rover’s finance director, Chris Tye, whether rising inflation, supply bottlenecks and labour shortages presage a new Winter of Discontent – and what organisations can do about it.
Timing: Wednesday, 24 November 2021, 08:30-10:00 GMT
Register at: https://deloitte.zoom.us/webinar/register/WN_oJT4MeihSA6gSlgBFHVAKw

Alongside the shortage in new cars and semiconductors, workers appear to be in short supply. In the UK, the lack of HGV drivers has dominated the headlines and made itself felt in empty shelves and queues at petrol stations.

The strength of the jobs market is surprising in the aftermath of an historic contraction in economic activity. The UK unemployment rate only rose from 4.0% in February 2020 to a peak of just 5.2% last November before resuming its decline and is now 4.5%. Remarkably, the biggest UK downturn in 300 years generated the lowest recessionary peak in unemployment in decades.

The furlough scheme played a major role in protecting jobs. A strong recovery in activity as lockdown restrictions were eased ensured most furloughed workers went back to work, rather than into unemployment. In recent months, alongside the fall in unemployment, job vacancies have hit record highs, with many businesses reporting significant recruitment challenges.

On the face of it, it looks like Britain is running out of workers. Dig deeper and a different story emerges.

The pandemic has pushed many people out of the jobs market and onto the sidelines. The number of hours worked and the number of people in employment, or actively looking for work, are below pre-pandemic levels.

What happened to all of these people? Some withdrew from the labour force out of fear of catching the virus or to look after children. Uncertainty and the difficulty of getting a job, especially in the early days of the pandemic, led some older workers to leave work and younger people to remain in education. Others reassessed their career preferences, either switching sectors, reducing hours worked or leaving their job. Government support, in the form of the furlough scheme and enhanced universal credit payments, gave more households choice as to whether, and how much, to work.

Shortages of lorry drivers, hospitality staff and agricultural workers look like the exception, not the rule. The Institute for Fiscal Studies has found that almost two-thirds of unemployed workers face greater competition for jobs today than before the pandemic – hardly a picture of a jobs market that is running hot.

It is only in the lowest-paid occupations, often in-person activity, like domestic help and hospitality, that vacancies are well above pre-pandemic levels. These sectors have seen a reduction in labour supply as foreign workers returned to their home countries (migration to OECD countries fell by a third during the pandemic), and others changed sectors or gave up on working. Many, such as HGV drivers and social care, had recruitment challenges before the pandemic.

It is mainly in such in-demand sectors that wages are surging. Data from recruitment website Indeed show wages for drivers rising by 5.7% and for those in food preparation increasing by 3.7% between February and July – far outstripping growth of just 0.8% for all jobs. Worryingly for employers, Indeed also found a sharp decline in job seeker interest in some lower-paid, lower-skilled fields – childcare, food preparation, personal care, home health, loading and stocking.

Much of the dislocation in the jobs market is the result of an extraordinary, and largely transient, set of factors. Just as the disappearance of jobs shrunk labour supply, so growth in jobs will bring people back into the labour market. 1.6m workers were, for instance, furloughed just over three months ago and 1m workers were made redundant between April 2020 to June 2021. Health concerns are likely to fade, students will graduate and the ending of the furlough scheme and the Universal Credit uplift sharpen work incentives.

Structural change in the location and mix of activity spells more lasting challenges for some sectors. There are mismatches in the distribution of workers and businesses with London hard-hit, registering higher redundancies and lower vacancies than other parts of the UK.

Brexit permanently limits the supply of EU workers by ending free movement with the EU and the supply of all low-skilled foreign workers with the new skills-based visa regime. Sectors such as food manufacturing, accommodation and warehousing, which are especially dependent on migrant workers who are now ineligible for skilled worker visas, face the greatest challenges.

As employers navigate this most unusual jobs market, four things stand out. First, in the UK younger and older people appear to be the largest source of potential labour. Second, surveys show that employees value empathy from their employer and flexibility over their work arrangements. Accommodating part-time and remote work can help attract recruits, especially those with caring responsibilities or in education. Third, training existing workers helps limit the need for new staff. Fourth, investing in technology and automation reduces the labour-intensity of a business’s activity.

By disrupting the composition and location of economic activity the pandemic has rocked the jobs market. The adjustment to this historic shock is underway and has much further to run. The flexibility exhibited by Britain’s jobs market in this, and the last recession, will help. With time the labour market will establish a post-pandemic normal.

PS: A new working paper “Licence to Dine: 007 and the real exchange rate” uses Michelin Guides to construct a time series of menu prices for the French and British restaurants frequented by James Bond. The researchers find that French restaurant prices, when adjusted for sterling exchange rates, rose 0.7% per year faster than Bond’s grade 7 Civil Service salary between 1953 and 2019. Bond would have spent 18% of his salary during the 1950s on a weekly dinner and wine for two at a French restaurant, rising to a third of his salary by 2019. One wonders how he finds the money for his suits and cars. The paper argues that the shift in relative British and French restaurant prices are consistent with each country’s fine dining reputation during the period, with more recent decades reflecting an improvement in high-end British dining. This is not the first analysis of Bond’s eating habits. Previous studies have examined his meals to analyse their nutritional content and psychological implications. How can one ignore such rich source material, for example, as provided by On Her Majesty’s Secret Service, where Bond dines at “one of his favourite restaurants in France,” ordering the “Turbot poche, sauce mousseline, and half the best roast partridge he had eaten in his life” https://www.nber.org/system/files/working_papers/w29415/w29415.pdf?mod=djemRTE_h