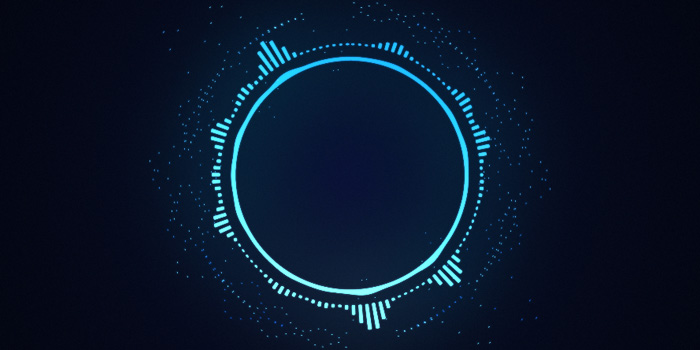 Join me tomorrow, Tuesday, 5 October, at 08:30 BST when I will be in conversation with George Magnus, veteran City economist and China watcher, on the topic of “The inevitable rise of China - and why it may not happen”. We'll be discussing whether China is destined to eclipse the US as the world's economic and geopolitical superpower – and what obstacles it needs to overcome to get there. George, formerly chief economist at UBS and a research fellow at the China Centre, University of Oxford, is author of “Red Flags: Why Xi’s China is in Jeopardy”. To join please register at: https://bit.ly/2Y5tDs1

COVID-19 may temporarily have vanished from the headlines, but the pandemic is far from over. Global case rates and deaths have trended down since late August, but numbers remain at high levels.

Significant gaps in vaccine coverage among high-risk groups mean the US is recording around 2,000 deaths a day, by far the highest rate among advanced economies and around 60% of its peak in January.

South East Asia has seen significant disruption over the summer with lockdowns forcing factories to close. The lags in supply chains mean that the effects of this lost production are likely to be felt well into 2022.

The global vaccination effort is proceeding at pace but coverage remains woefully low in some of the poorest countries, particularly in Africa.

In the UK COVID-19 mortality has been averaging over 130 per day for the last four weeks. This compares with a peak of over 1,200 per day and, if sustained for 12 months it would be equivalent to 47,000 deaths a year, equal to just under a third of total COVID-19 deaths in the UK since March 2020. Case rates are elevated, partly because of a sharp increase in infections among lightly vaccinated but highly tested school-aged children. (Cases in England among 10-14-year-olds have risen over four-fold since early August and are higher than for any age group at any point in the pandemic.) England’s chief medical officer, Professor Chris Whitty, estimates that perhaps half of children have had COVID and said that it was a “near certainty” that unvaccinated children would eventually catch it.

Total UK case numbers are running at almost 60% of the levels seen in January’s peak, though vaccinations mean the pandemic is exacting a lower toll of deaths and hospitalisations. COVID patients occupy 6,700 beds in England out of a total of around 123,000, placing significant strain on the NHS.

The UK dismantled most pandemic restrictions in July, leaving controls on international travel and a recommendation to wear masks on public transport. Most other European countries have maintained higher levels of restrictions than the UK, despite having caught up with, or exceeded, the UK’s vaccination rates. Low levels of restrictions in the UK are likely to be one of the reasons why the UK is running higher case rates than, for instance, Germany, France or Italy.

If pressures on the NHS mount the UK will move to the government’s “Plan B”, deploying a familiar set of tools including mask mandates, vaccine passports and advice to work from home. Case rates can rise very quickly, and to pre-empt the sort of surges in cases and deaths that occurred in April of last year and January of this year, the government could need to move rapidly. As the SAGE advisory group said earlier this month, “Early, ‘low-cost’ interventions may reduce the need for more disruptive measures and avoid an unacceptable level of hospitalisations”.

The NHS enters the winter under continuing strain from COVID, with almost 30% more people on waiting lists and facing a seasonal resurgence in demand. COVID is circulating at scale in the UK. In late September the official fortnightly survey showed that 12 people in 1,000 had COVID, one-third higher than the average of the last year. After an exceptionally mild flu season last winter scientists fear low levels of immunity may bring an earlier, more virulent flu season. The return of students to universities, increased indoor socialising and the return to work are obvious risk factors.

Set against these risks is a wall of vaccinations and of immunity acquired through infection. The UK has fully vaccinated around two-thirds of its population, and an even higher proportion of older, at risk age groups. Pockets of vaccine reluctance tend to be concentrated among younger, lower-risk groups.

Vaccine immunity against hospitalisation or death does not appear to wane as quickly as its falling effectiveness against infection, which by one estimate could fall as low as 16%. The administration of booster vaccinations will put further obstacles in the virus’s path. The rapid roll out of boosters in Israel, where more than a third of the population have had the extra shot since August, has, together with a tightening of restrictions, led to a sharp decline in case rates.

New vaccine-resistant variants remain a risk, but so far none have taken hold despite vaccines having been widely deployed for some months. And while high case numbers in unvaccinated groups are a risk, they will build population immunity, reducing the severity of future infections and slowing its future spread.

Changes in behaviour could also help slow the spread of the virus. In the UK the easing of most restrictions has not resulted in a return to pre-pandemic behaviour. Over 40% of people say they are avoiding crowded places and 60% say they wear masks in public places. Many people continue to work from home and consumer spending on services remains suppressed. A sharp rise in cases would probably trigger greater public caution, slowing the spread of infection. In the US, for instance, the spread of the Delta variant has led to a fall in visits to retail and recreation destinations.

Standing back from the current data what is clear is that the world is having to live with COVID. Early hopes that vaccines, new treatments and restrictions would end the pandemic have been dashed. Even Singapore, with its enviable record during the pandemic, is finding that tight restrictions and high vaccination levels (77% of the population compared to the UK’s 66%) do not guarantee success. Case rates in Singapore are at the highest level since the pandemic started and are three times EU levels. Last week Vietnam, another pandemic exemplar, abandoned its zero-COVID strategy in the face of a record drop in quarterly growth. The authorities seem to have concluded that complete suppression of the virus is economically unsustainable.

The shelf life of predictions about COVID, including our own, has not been brilliant. But for now the balance of informed opinion seems to be that a mix of restrictions, booster shots and changes in behaviour should enable the UK to avoid another full-blown lockdown. Modelling by the government’s specialist advisory group, SPI-M, does not anticipate a significant resurgence in cases, hospitalisations or deaths. Professor Neil Ferguson, whose modelling of the pandemic was influential in the UK entering lockdown last year, said recently that he thought the UK would probably get by without locking down again.

COVID has proved an adaptable and resilient foe. While we may be losing interest in COVID, it has most certainly not lost interest in us. We’ll be watching the health data closely over the coming months to understand how the forces arrayed on either side of this titanic struggle are faring.