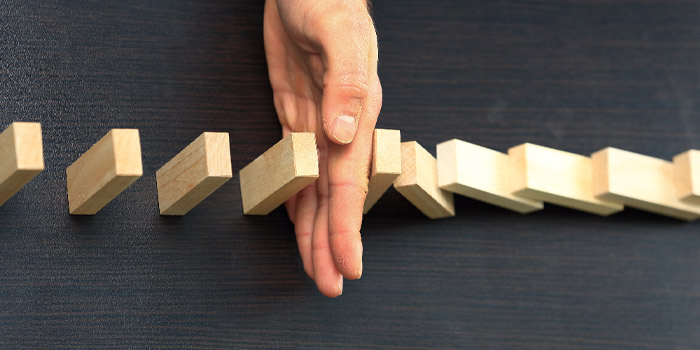 Please join me and Deloitte’s CEO, Richard Houston, for our annual ‘Back to school’ webinar on the global economic outlook on Tuesday, 14 September, 13:00–14:00 BST. To register please visit: https://event.webcasts.com/starthere.jsp?ei=1488656&tp_key=c8a8828cba

This week’s briefing assesses the state of the recovery as the summer draws to an end.

After a strong rebound over spring and early summer the momentum of the global recovery has eased. Some slowdown was inevitable, and necessary. No economy could sustain the sort of bounce back rates of growth seen last autumn or earlier this year.

But the slowdown has come rather faster than expected, with the Delta variant, supply shortages and recruitment difficulties weighing on activity. The world’s largest carmaker Toyota has had to cut global production by 40% this month in response to shortages of semiconductors. Such shortages have pushed inflation above central banks’ target rates in the US, euro area and the UK. In the US, the Federal Reserve’s favoured measure of inflation, which strips out food and energy, is rising at the fastest rate in 30 years.

In China, a swathe of new regulation, on everything from the returns to private education providers, data security and teenage use of computer games, has added to the headwinds and unnerved investors. Since their peak in February, Chinese equities have declined by 28%. China’s Purchasing Managers Index of service activity turned negative in August for the first time since COVID-19 hit in early 2020.

China’s slowdown exaggerates the loss of momentum elsewhere. Growth may be decelerating, but a lot is going right in the global economy. In the rich world unemployment is falling, wages are rising and companies are pivoting from cutting costs to investing and hiring. Financial conditions are loose and M&A activity is booming. Business and financial markets are positioning for growth. Barring a return to full lockdowns – something that cannot, of course, be ruled out – growth rates are likely to remain well above normal levels in Europe and North America well into next year. In the UK, we expect quarterly growth to run at about three times trend rates until the middle of 2022.

At the global level the most likely outcome is for continued growth. After contracting by 3.6% last year the global economy is on course to post growth of 6.0% this year and 4.9% the next, according to the IMF (a normal year’s global growth is around 3.5%).

The problems of supply shortages and recruitment difficulties are greatly preferable to the pandemic alternative of shuttered output and rising unemployment. But by constraining output and fuelling inflation they create headwinds for growth and uncertainties about the recovery.

Shortages should self-correct, with rising prices boosting capacity and constraining demand. (Shortages of PPE and hand sanitiser, for instance, seem largely to have been solved.) The question is one of timing. Western central banks believe that today’s elevated inflation rates are a transient phenomenon that will abate as supply and recruitment problems ease. Central banks and financial markets are united in believing that inflation will fall from next year. If they prove right in this belief, monetary tightening, when it comes, is likely to be gradual and well signposted in advance.

If central banks and markets are wrong, it will be because today’s elevated inflation rates become self-sustaining. The expectation of a more prolonged period of rising wage and input costs would encourage businesses to reset prices upwards. Wage bargainers would demand higher pay if they believe that central banks are unable or unwilling to keep inflation in line with their targets.

Over the weekend the FT reported that Daimler and BMW plan to “lock in” the price increases they have achieved on vehicles during the pandemic, even when the semiconductor shortage that caused them eases. According to the story, the carmakers’ aim is to consciously undersupply demand when shortages ease in order to maintain pricing power. It’s the sort of story likely to make central bankers nervous. It is just one example, but it illustrates how price rises caused by temporary factors can become permanent.

Meanwhile the pandemic is far from over. Global case rates are elevated, especially in Asia. Vaccines, when widely deployed, have substantially weakened the link between cases on the one hand and deaths and hospitalisations on the other. Nonetheless, Delta is far more transmissible than its precursors, many people are unvaccinated, and the vaccines are not 100% effective. In the US, where well over half the population is fully vaccinated, hospital admissions are running at 75% of their April peaks – although times in hospital and outcomes have improved materially.

Israel’s experience shows that while the protection offered by vaccines against infection fades, protection against hospitalisations remains high. The rolling out of booster doses in Israel in recent weeks appears to explain the recent decline in cases and hospitalisations.

Rising vaccine uptake and boosters will help limit the most serious effects of COVID over the winter, but individual behaviour will continue to play a major role. Restrictions of various sorts may need to be deployed too. This has been the experience of New Zealand, with its very low case and death rates, and Israel, with its rapid vaccination programme. Both countries have had to tighten restrictions significantly over the summer to cope with rising case rates. (New Zealand’s case rates, it should be emphasised, are miniscule by US or European standards; at the peak in late August New Zealand’s case rates were running at one-fortieth of current UK levels.)

To avoid lockdowns in Europe and North America over the autumn and winter may require the selective imposition of restrictions in some form, as well as, for instance, measures such as vaccine passports to gain admission to venues. (The UK government’s announcement yesterday that it was ditching its plan to require vaccine passports for entry to nightclubs at the end of this month does not mark the end of the matter. The prime minister’s office said that the plan would be kept “in reserve” should it be needed.)

The recovery has moved into a new phase, one marked by slower, more constrained growth and higher inflation. In coming months the recovery will have to contend with the gradual winding down of government support (in the UK the furlough scheme and the £20 weekly uplift to Universal Credit end within four weeks). Scotland’s recent experience of rapidly rising case rates in wake of the start of the school year testifies to the transmissibility of the Delta variant. The risks are manifest, but on balance we think the global recovery will keep going over the winter months, and into next spring.