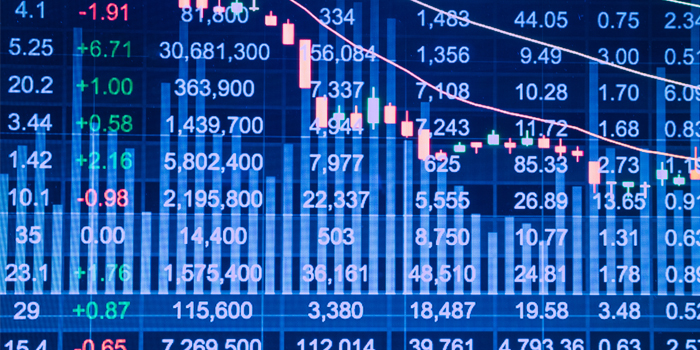 In the wake of a blisteringly fast economic recovery have come bottlenecks, supply shortages and inflation. Over the summer the US Federal Reserve’s favoured measure of inflation hit the highest levels in almost 30 years. Unexpected though it is, today’s inflation surge is widely seen as temporary.

Central banks think that high inflation is a product of the exceptional circumstances of the pandemic. There’s plenty of room to argue about timing and the eventual peak, but most forecasters agree that inflation will subside through next year.

But what if they’re wrong, and inflation breaks far above expectations, much as growth took leave of any imaginable forecast last year? It wouldn’t be the first time financial markets and economists have been badly wrongfooted.

I am thinking here not about the familiar and transient surge in inflation driven by commodity prices, which took UK inflation to 5.2% in September 2008 and again in September 2011, but about something much more profound and insidious, a return to the sort of inflation rates last seen in the 1970s.

Such a prospect seems outlandish. But the past 20 years amply demonstrate the value of considering the risk and impact of extreme events (9/11, the global financial crisis, the euro crisis, Brexit, the election of Donald Trump and so on).

So this week’s briefing assesses the similarities and differences between the ‘Great Inflation’ of the 1970s and today.

We seem to be living in an era of shocks, uncertainty and risk. So, too, were the 1970s, and, in some respects, they were worse.

The 1970s marked the end of a post-war era of geopolitical stability and rapidly rising Western prosperity. Almost 30 years of strong growth, fuelled by the repair of war damage, investment catch-up and people moving from the country into cities, had run its course. Productivity and GDP growth slowed. The deficiencies of the old economic model were cruelly exposed by a series of huge shocks. The Arab world’s oil embargo of the West in the wake of the Yom Kippur war of 1973, and the Iranian revolution, led to an eightfold increase in the oil prices. Inflation, recessions and industrial unrest ensued. The Vietnam war and the Watergate scandal shook America’s self-confidence and its standing in the world. In 1971 the US abandoned the dollar’s convertibility to gold, marking the end of the post-war Bretton Woods system of fixed exchange rates. It seems unimaginable today, but in the 1970s influential voices in the West argued that the Soviet Union and its satellites were pulling ahead of the West economically and militarily.

Bad policy, sclerotic economies and major shocks took inflation from the low single-digit rates that prevailed for much of the post-war period to double-digit rates in many Western countries. Even famously ‘hard money’ West Germany and Switzerland saw average inflation rates exceeding 5%. In the UK, a grim symbol of a wider Western malaise, inflation averaged 12% a year and peaked at 24% in 1975. Great Britain was dubbed the ‘sick man of Europe’.

Faced with macroeconomic volatility, soaring inflation and political uncertainty investors sought refuge in gold and commodities. Equity investing in an age of inflation was perilous. The level of the FTSE All-Share Index was flat between 1969 and 1977. In 1982 the US Dow Jones Index stood at the level it had reached 17 years earlier, in 1965. In real terms the value of the index fell by 70%. High inflation meant long-term holders of equities could easily be ruined.

This seems like a different age, but it is possible to see parallels with today.

There are some parallels in the data too. Growth in the money supply has soared in the last 18 months, just as it did in the 1970s. UK firms are reporting levels of material, components and labour shortages that were last seen in the 1970s. Rising inflation is, once again, bidding up wages.

Yet it is the differences, not the similarities, that stand out. The 1970s helped discredit one form of economic management and heralded the arrival of a very different one. In a remarkable rejection of the Keynesian post-war orthodoxy , UK Labour prime minister James Callaghan told his party’s conference in 1976 that increasing government spending and cutting taxes only served to increase inflation and raise unemployment. In a speech titled “The Anguish of Central Banking ” in 1979 Arthur Burns, the former Federal Reserve chair, lamented the failure of central banks to control inflation. Ronald Reagan and Margaret Thatcher were the standard bearers for a very different type of economic management, and they helped create the broadly free market, anti-inflation consensus that has shaped our world. Compared with the 1970s, we see two fundamental differences.

First, the global economy, and most markets, are more flexible and open today. Exchange rates in most countries float relatively freely (with the notable exception of the euro area), acting as shock absorbers to terms of trade shocks. Worker bargaining power is generally weaker, and labour less unionised, than in the 1970s. Financial markets have been deregulated and are more flexible and open. Privatisation has shrunk the role of the government in the business sector and enforced market discipline. Globalisation has boomed in the last 50 years. Business is more exposed to international competition, and individual companies have less pricing power than in the 1970s. On the eve of the pandemic cross-border trade in goods and services accounted for almost 60% of global GDP, getting on for twice the levels of the early 1970s.

Second, in contrast to the 1970s Western central banks today are independent of governments, with mandates to ensure low inflation. Although they have purchased government bonds on a vast scale, central banks remain credible with financial markets, as evidenced by the insouciance of markets in the face of this year’s surge in inflation. The high interest rates and deep recessions that eventually crushed the Great Inflation of the 1970s are seared into every central banker’s collective memory. That trauma, markets assume, means central banks will act early to prevent inflation becoming embedded. In doing so, the logic goes, they would be acting rationally to avoid far more painful measures down the line.

These institutional and structural changes have faced tests. Oil prices rose more than eightfold between 1998 and 2008, and by a factor of three between 2009 and 2013. In contrast to the 1970s oil shocks, these generated short-lived, modest spikes in inflation. The labour markets of the rich world did a far better job of weathering the shocks of the financial crisis and the pandemic than they did in the 1970s. Unemployment rates have trended down in the last 20 years; in the 1970s, they trended up.

On this assessment a return to anything like the inflation rates of the 1970s looks very unlikely. I would concede, however, that someone surveying the economy of the US or the UK in the early 1960s would have thought it very unlikely that the following decade would bring soaring inflation. Everything was good until it stopped being good.

If things are going wrong we’re likely to get the earliest indications in expectations of inflation and from wage data. Were the mantle of central bank credibility to slip, higher expectations of inflation could, through price and wage setting, become a self-fulfilling prophecy. If higher inflation fuels a spiral of wage pressures, they, too, could become entrenched. The answer will lie, as ever, in the unfolding data. It’s a lame conclusion, but it’s true.

The coming two years will be a test of the flexibility of the global economy and the credibility of policymakers. The chances are they will pass this test, and that inflation will subside. A return to anything approximating the inflation of the 1970s seems a very, very distant possibility. Periodically reminding ourselves of such risks might, just, help us avoid them.