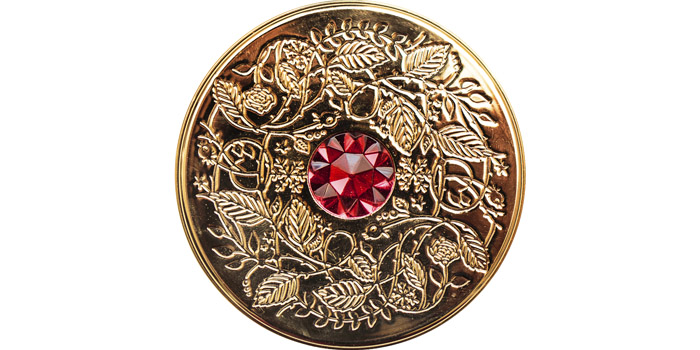 There may still be a few readers of the Monday Briefing who were early adopters, back in 2008. If so they may recall my enthusiasm for antique furniture as, “a functional, proven asset at a low price”. Prices may have looked low then, but in the ensuing 13 years they have, by and large, fallen still further. In a world where the value of equities, bonds, commodities and houses have soared the value of antique furniture has slumped. This week’s briefing looks at what’s behind this decline.

It is difficult gauging trends in a market as diverse, and as lumpy, as antique furniture. For many years the UK benchmark was the Antique Furniture Index, based on 1,400 examples of standard Georgian and Victorian furniture. After almost 50 years tracking prices the Index came to an end in 2016, a victim of the falling prices it had so graphically tracked. The final index of 2016 showed prices at levels last seen in the 1980s.

Press articles cite US and British dealers who talk of ‘standard’ antique furniture prices trading at a fraction of their value two or three decades ago. In a recent Bloomberg article veteran New York antiques dealer Clinton Howell said a table he bought recently for $4,000 would have sold for $50,000 20 years ago. Rare pieces and more fashionable, recent furniture, especially from the mid-twentieth century, have fared far better.

Falling values means fewer antique shops, fewer dealers and a switch by auction houses away from ‘standard’ antique furniture. For decades one of America’s most venerable antiques fairs, New York’s Winter Show, would only accept items over 100 years old. In 2009, in a sign of how value was shifting in the market, the Show changed its rules to include objects manufactured up to 1969. In 2016 it removed the age limit altogether.

So why did my optimism about antiques prove so wide of the mark? With hindsight I should have placed far more weight on five factors.

First, aesthetics. The rise and rise of modernism in interior design. Light and the absence of clutter is in. Brown furniture, no matter how well built, or interesting its back story, is harder to fit in.

Second, supply. The generation that loved antiques, the baby boomers, and their parents, are increasingly downsizing. A US art appraiser interviewed by the Philadelphia Inquirer remarked that as the baby-boomer generation grow old, “their stuff’s glutting the market. They’re the biggest population, and as they age, there’s so much out there that the bottom has fallen out of the market”. Boomer children tend to have different tastes in interiors from their parents. Add in the way in which eBay has reduced the friction in selling stuff, and increased supply, and it looks like a case of too much supply chasing too little demand.

Third, competition. For most of the twentieth century furniture was a major household expense. But globalisation, improvements in manufacturing, design and distribution have squeezed costs and made furniture much more affordable. Low cost, practical, modern furniture, often in flat pack form rules the roost in many modern homes. Today’s furniture does not require the compromises and adjustments that living with older, heavier furniture designed for a different era can require. And then there’s the shopping experience. Buying a Billy bookcase at IKEA, the world’s largest furniture retailer, is altogether a simpler and more predictable (if less interesting) business than trawling salerooms, antique shops and the internet for the Victorian equivalent.

Fourth, technology. This works in two ways. Modern houses need to accommodate TVs, laptops, cabling and a host of other devices. Fitting all this around antique furniture is less practical than buying new furniture (compare using a laptop, monitor and al the other modern office paraphernalia using a 1900s roll top desk and then on a modern, ‘sit stand’ desk). Technology also provides endless distractions and entertainment. In the pre-internet age chasing around antique shops and auction houses in search of a particular piece of furniture was seen as a diverting hobby (the same applies to pretty much all forms of collecting, so prevalent in the pre-internet age). With the average Briton spending more than three and a half hours online per day no wonder most of us think we have better things to do.

Fifth, house prices. Growth in house prices has outstripped incomes in recent decades. More pricey housing means people are buying their first home later and houses are getting smaller. Which? magazine reports that the average new house in the UK is almost 20% smaller than one built in 1970. If you rent, or live with your parents, you’re unlikely to want to buy antique furniture. And when, eventually, you buy a home there’s a good chance there’s no space for the likes of an Edwardian buffet or a Georgian chest on chest (even if you had the inclination to own one).

So what have I learned from all of this?

Well, it’s shown that things whose value has fallen a lot can go on getting even cheaper. It suggests that as far as collectibles are concerned – everything from art to coins and furniture – you’re on far surer ground choosing something because you like it than because you think it’ll make you money.

Of course it remains the case that the supply of antiques, though plentiful, is finite, especially at the top end. Fashion moves in unexpected ways (I was reminded of this last week visiting a house in North London which, apparently on trend, had grey walls and ceilings – not a classic light, modern interior). Falling prices bring higher quality antiques within reach of those who like the look. Today’s buyers have perhaps ten to twenty times the spending power they would have had in 2000.

Low prices might start to generate interest. A group of US financiers and antique dealers recently founded an investment fund, Tangible Assets Group, to buy fine antiques with the aim of holding them until they return to favour.

For my own part the lure of good antique furniture, often cheaper than modern equivalents, is still there. But when I do buy, it will be because I like the object, not on the basis that it is an investment.