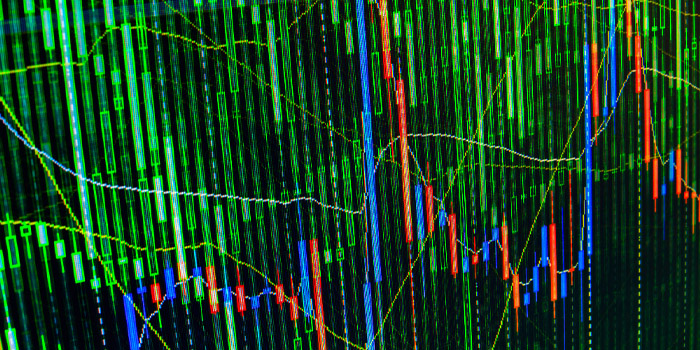 The V-shaped recovery from the pandemic has brought with it supply shortages and rising prices. From semiconductors to McDonalds milkshakes, stories of shortages abound.

Much of this is unsurprising. The pandemic caused a 22% shrinkage in GDP and the reopening generated a 22% rebound. These huge shifts in demand have buffeted supply chains, stocks and prices. Such effects have been seen across the rich world. In the UK they have been compounded by Brexit-related disruption.

Britain’s inflation rate has risen from 0.6% last December to 2.4% today. The same story of surging inflation has played out across Europe. The rise in US inflation has been more marked, with the annual rate rising from 1.3% in December to a 13-year high of 5.3% in July.

Massive swings in commodity prices are part of the problem. Collapsing prices last spring have generated strong year-on-year rates of increase which have fed into higher inflation. Rebounding global demand has pushed up metals and agricultural prices this year.

Transport costs have been a significant driver of inflation. Higher oil prices, limited shipping capacity and, in the UK, a shortage of lorry drivers, have played a role. Semiconductor demand has far outstripped supply, pushing up the cost of new and second-hand cars. Taiwan’s vast bicycle manufacturing industry cannot keep pace with global demand. UK bike prices have risen 11% in the last year and shares in Halfords, the country’s largest bike retailer, are trading up fivefold from last year’s lows.

Many of these pressures have further to run and are likely to generate further increases in inflation. (The Bank of England expects inflation to hit a peak of 4.0% later this year.) But as new capacity comes on stream, stocks are rebuilt and demand eases, bottlenecks should fade, and with them inflation. This, certainly, is what Western central banks expect. Their expectation of falling inflation next year has enabled them to keep interest rates at historic lows even as inflation has broken above target rates.

My own hunch is that the risks to inflation over the next year or so are tilted to the upside. Still central banks are unlikely to be in a rush to raise interest rates.

After the breakneck growth of recent months, the world economy faces challenges. COVID is on the rise globally and the surge in cases in Israel, partly on fading vaccine immunity, highlights the risks facing even highly vaccinated nations. The momentum of the US recovery shows signs of cooling, partly because of rising case rates. In the UK the winding down of government aid over the coming months through furlough, universal credit and special support for businesses may weigh on growth.

Despite labour shortages in some key areas, many people who were in jobs 18 months ago are on the sidelines – either unemployed, on furlough or ‘economically inactive’. (In the UK we think it’s about 8% of the labour force.) Central banks want to help these people back into work to raise capacity and ease wage pressures.

Financial markets don’t expect interest rates to rise in the near future, or to rise fast. They see the first Bank of England rate rise coming next spring and the Federal Reserve raising rates at the end of 2022 or in early 2023. On Friday the chairman of the Fed, Jerome Powell, hinted that it could start to slow the pace of QE (quantitative easing) towards the end of this year. Such tapering of QE, a rough equivalent to easing the pressure on the accelerator, would be conditional, and possibly distant prelude, to a light touch on the brakes, in the form of a rate rise.

The trick for central banks is to signal a gradual change in QE without triggering the sort of ‘taper tantrums’, or panic, that buffeted global financial markets in 2013 when the Fed signalled a slowdown of its QE programme.

Central banks, and financial markets, agree that the surge in inflation is unlikely to last. Whether they are right will hinge on what happens in labour markets. A spiral of rising prices and rising wages is every central banker’s nightmare. In the UK underlying wage growth is running in a range of 3.5% to around 5.0%, well above levels that prevailed before the pandemic. These are pretty heady rates. Sustained growth at these sorts of levels without commensurate gains in productivity would stoke inflation worries.

Under the extraordinary circumstance of the last 18 months the surprise is, perhaps, not that ilation has risen, but that the price rises have not been greater. Short-lived bursts of inflation driven by supply-demand mismatches are a vital part of a market economy. The signals higher prices send attract resources, and influence demand, and they tend to self-correct. Persistent, higher inflation is a wholly different proposition.

No one can be sure where inflation is heading. But by talking up the case for a tapering of QE central banks are preparing financial markets for the day when interest rates do finally rise. A lot needs to go right before that day comes. Central banks have sensibly left themselves plenty of room to change course. To paraphrase the great economist JM Keynes, as the facts change, central banks change their minds.

PS: Despite breakneck expansion in online retail sales, employment in the sector has held up rather better than one might have expected. In the UK and US the total number of retail jobs have fallen by less than 5.0% from their all-time highs. In the US retail job losses in the sectors where online has made most progress – clothing, electronics and sports goods – have been largely offset by employment growth in food, home goods and motor retailing. While retail jobs are being lost, employment in transport and warehousing has boomed.