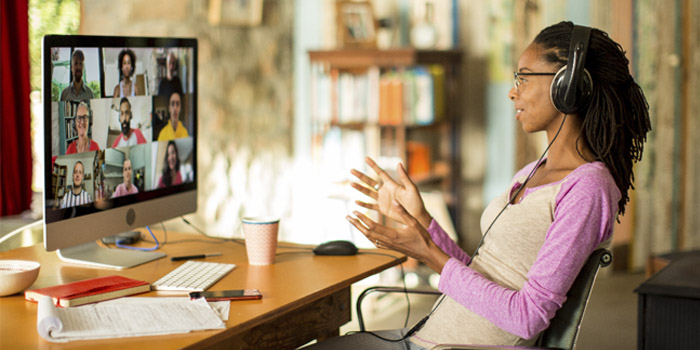 The pandemic triggered a vast experiment in remote working. Just as the industrial revolution moved workers from the countryside to urban centres, and the automobile era moved residential life to the suburbs, the pandemic has the capacity to remake the nature of work, and where it is done.

The move to largescale remote working happened almost overnight. Homeworking rose from 5% of the UK workforce before the pandemic to about 50% at its April 2020 peak. The share of homeworking has since fluctuated in tandem with lockdown restrictions. Earlier this month, after the lifting of all remaining restrictions, 19% of the UK workforce was still working exclusively from home.

What does this huge experiment in homeworking mean for the future of work?

The experience of the last 18 months offers many lessons. But, to paraphrase the warning on investment products, past performance is not always a guide to future performance.

The exigencies of a crisis force employers and employees to work in very different ways. The lockdown offered no choice – organisations could close or work remotely. Employees seem to have taken to the experience. An Office for National Statistics (ONS) survey shows that 85% of workers currently homeworking want to use a hybrid model of home and office work in the future. A survey of around 500–1,000 people we run on our regular COVID-19 webinar since last April suggests that most want to work only two days a week in the office.

Yet in some important ways our experience of remote working will change as the pandemic fades.

There will be improvements. Internet connectivity, hardware and software will keep getting better. Many of the difficulties experienced by parents who need to juggle work and childcare will fade with the permanent reopening of nurseries and schools. Offices will be reconfigured to better facilitate the meetings and interactions which cannot be done remotely. Spending some of the week in the office should reduce the communication gaps, social isolation and monotony that can make remote working taxing.

On the other hand the offer to employees who want to permanently work remotely may change. Will employers be prepared, for instance, to offer London or New York salaries to workers in the Lake District or Maine? Over the last 20 years the transfer of back office, customer service and IT support work to more distant locations, on- and off-shore , has been heavily predicated on securing cost savings. Leaders in remote work, such as Alphabet, Facebook and Twitter, have already announced plans to reduce pay for workers who move to cheaper locations, eroding the incentive to relocate.

More fundamentally, remote or hybrid working is not open to all. A great deal of work, perhaps accounting for half of all UK jobs, is location specific. Running a hotel, driving a bus, waiting tables or working on a production line cannot be done remotely.

Some employers in sectors that successfully switched to remote working believe their pre-pandemic model is the right one. In February Goldman Sachs’ CEO David Solomon remarked that remote working is, “not a new normal…it’s an aberration that we are going to correct as quickly as possible.” Barclays’ CEO Jes Staley voiced similar sentiments in January, describing remote working as a short-term measure that was not sustainable.

Most important, while the shift to largescale remote working went remarkably well last year, its overall impact on productivity – and the future of work – is unclear. Surveys of businesses show mixed results. What does emerge, at least in the UK, is that businesses are less enthusiastic about remote working than employees. While most employees in the UK want to work more flexibly, an ONS survey of businesses found that only 28% expect to use increased homeworking as a permanent business model.

None of this is to say that the economy is about to revert to pre-pandemic norms. On the contrary, the pandemic is set to accelerate a long-term shift to remote working. This is already reflected in job advertisements, with career website LinkedIn reporting a 5- to 18-fold increase in the share of remote roles listed in June compared with a year earlier. For jobs that lend themselves best to remote work, like software programming, The Economist reports that the share of listings citing remote work has increased from around 20% in 2012–17, to 35% in March 2020, to over 75% today.

But the scale and shape of work after the pandemic will take time to emerge. Permanently changing the structure of work, and the offer to employees, is a different proposition from doing so temporarily. Such change can only be sustained if it makes organisations more effective – and the pandemic did not decisively resolve that question. Employees will need to decide how, where and on what terms they want to work in normal times. Different sectors and businesses will take different approaches. While the tech sector and professional services have been generally positive on hybrid working, the banking sector has sounded a more cautious note.

Preferences expressed in a highly unusual, and temporary situation, do not necessarily reflect what people will do when the situation changes (A topical example is the way in which peoples’ willingness to be vaccinated has increased as the COVID-19 death toll rose and vaccination increasingly became a social norm. In France, for instance, vaccine willingness rose from 24% last December to 80% in July of this year). Having more people in the office, with more things happening there, is likely to increase the attraction of being there. Entrenching remote working, and making it easier, and the norm, will work in the opposite direction.

Trial and error will play a role, just as it did during the lockdown surge in home working (‘Zoom fatigue’ became a thing, meetings became shorter, workers experimented with office kit, computers and virtual meeting platforms).

More change is on its way. The stock of houses and flats, offices and transport infrastructure and the location of services businesses are designed around work away from home. House prices are already reflecting shifting preferences, with prices outside London rising more rapidly than in the capital. UK property groups have reported a surge in demand for newer or refurbished offices, shorter leases and a shift in preferences towards smaller, more dispersed workspaces. Consumption is likely to shift from city centres to residential areas (So-called dark kitchens, where food is prepared for delivery or satellite retail locations, are proliferating outside city centres). Without a recovery in commuter passenger volumes some combination of reduced services, higher fares or increased subsidy will be needed.

Growth in remote work could help contribute to the ‘levelling up’ of the UK, by lowering the importance of place. It could also increase the size of the potential labour force, allowing firms to hire from a larger pool of workers, including for instance, older and disabled people, or those with family responsibilities. This would have beneficial economic and social effects similar to the increase in the labour force participation of women and older workers in recent decades.

The big unanswered question is whether it is possible to retain the so-called agglomeration effects of cities – the networks, pools of expertise, sharing of ideas and so on – while increasing remote working. For organisations this means capturing the best elements of office and remote working. Andy Haldane, the former chief economist of the Bank of England, has sounded a cautionary note, warning that working relationships and workplace creativity depend on chance encounters and random conversations that are lost in virtual settings. The costs of this lost social and intellectual capital could, he argues, erode the productivity benefits of remote work.

A shift to more remote working offers the alluring prospect of happier workers and higher productivity. That is a huge prize. The great remote work experiment has much further to run.

PS: Last week the UN Intergovernmental Panel on Climate Change published a landmark study. It warned that without “immediate, rapid and large-scale reductions” in carbon emissions, both goals of the Paris climate agreement, to keep the rise in global temperatures below 2 degrees Celsius this century and to pursue efforts to keep it under 1.5 degrees, would be missed. The authors said it is unequivocal that humans are warming the planet and that since 1970, global surface temperatures have risen faster than in any other 50-year period over the past 2,000 years, and that this warming is already driving extreme weather across the globe. John Kerry, US special presidential envoy for climate said the report highlighted “the overwhelming urgency of the moment”. The report places even greater importance on COP26, the UN climate change conference to be hosted in Glasgow later this year.