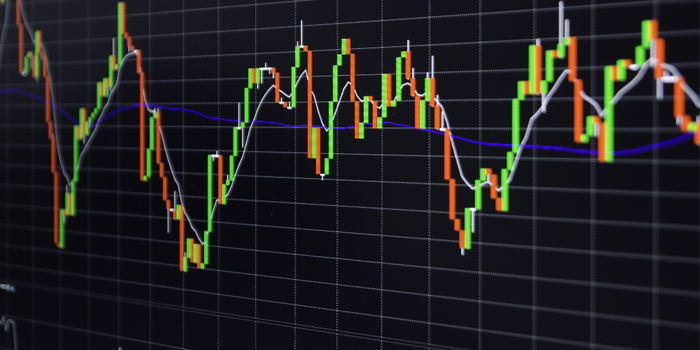 So far 2021 has been a year of improving global economic prospects, particularly in advanced economies. The rollout of vaccines and an easing of restrictions across the West have underpinned a strong recovery in activity – albeit one marked, increasingly, by surging cases of the Delta variant.

Growth forecasts for developed economies this year have risen sharply. In May the OECD raised its 2021 GDP forecasts for all but two of its 38 member countries. This drove an upwards revision of its 2021 global GDP growth forecast from 4.2% to 5.8%. The US and the UK have seen particularly strong revisions, driven by a head start on vaccinations and, in the US, expansionary fiscal policy.

The positive global picture masks the varied experience of individual countries. Some major economies, including China, South Korea and the US, have already recovered to their pre-pandemic size. But others, including Mexico, Saudi Arabia and South Africa, are not expected to recover until 2023–24, according to the OECD. This gap in recovery times reflects three factors.

First is the divide between what The Economist has dubbed “the jabs and the jab-nots”. Countries with ample vaccine supply, mainly in North America and Europe, are in a better position to loosen restrictions and limit hospitalisations. This divide generally aligns with the gap between rich and poor countries, although the picture is changing, with China, Malaysia, Cuba and Cambodia, for example, ramping up vaccinations. Taiwan, New Zealand and Australia have successfully suppressed the virus, but have relatively low vaccination rates leaving them vulnerable to periodic outbreaks. Over the past month emerging economies in southeast Asia, including Indonesia, Vietnam and Thailand, where vaccination rates run below 20%, have experienced a sharp acceleration in cases.

Second is countries’ dependence on goods production, which generally thrived during the pandemic, versus in-person services, which were disproportionately impacted by lockdowns. Sales of TVs, keyboards and gym kit surged; spending on haircuts, restaurants and live entertainment slumped. Manufacturing powerhouses such as China, Germany, South Korea and Taiwan have registered better recoveries than tourism-dependent economies like Costa Rica, Iceland, Spain and Portugal. This may partially reverse as consumers pivot from goods to services, although much depends on a continued easing of restrictions. Demand for manufactured goods has also bolstered commodity prices and prospects for commodity-producing emerging economies.

Third is the extent of government support to households and firms, which was greater in rich economies. This has limited the damage, or scarring to the economy, and put consumers and corporates in a position to spend once restrictions were eased. China’s policy support focused on industry rather than households and is accordingly registering a weaker recovery in domestic consumption than the West.

The emergence of more infectious or vaccine-resistant COVID-19 variants is the greatest danger. The Delta variant has already driven a surge in cases in the UK, Spain, Portugal, Cyprus and the Netherlands and slowed down the planned reopening of the British economy. (The speed of increase is breathtaking; within three weeks of the Netherlands scrapping most remaining restrictions on 26 June case rates rose by a factor of 15. The Dutch government has apologised for the premature easing and imposed new curbs.) For countries with high vaccination rates the link between case rates and hospitalisations has weakened. However, the elevated infectiousness of the Delta variant means that large case numbers can still be disruptive. The FT reported last week that some UK companies are missing a fifth of their staff due to self-isolation requirements. Countries with high vaccination rates also run the risk of the emergence of a vaccine-resistant variant while those with low vaccination rates must bear the cost of renewed restrictions to limit further outbreaks. High levels of infection globally create a large pool from which new variants seem likely to emerge. Delta probably won’t be the last variant we face.

The enormous shock to the economy triggered by the pandemic has led to a global mismatch in supply and demand for raw materials, manufactured goods and shipping vessels. This disruption may even worsen in the short term, in the runup to the new school year and the Christmas season. Euro area industrial production fell in May as a result of material shortages despite buoyant demand. The supply of workers has also been disrupted, with companies in certain industries, such as accommodation and food services, reporting labour shortages.

This supply-demand mismatch has driven up global commodity prices and fed through into consumer price inflation. Emerging market central banks have already hiked rates, despite incomplete economic recoveries, to shore up their currencies and dampen inflation. Last week, the UK and US inflation data surprised on the upside.

The consensus among central bankers and financial markets is that the inflation arising from this supply disruption is transitory. Indeed, some of the more extraordinary price surges, like those for lumber, copper and soybeans, have receded in recent weeks. In addition, the massive fiscal support provided in 2020–21 will fade over the coming quarters. The number of unemployed and furloughed workers remains well above pre-pandemic levels, providing capacity in the labour market.

In the US and UK, where recoveries are more advanced and inflation is coming through more strongly, central banks have tacked towards more hawkish, anti-inflationary rhetoric. The challenge will be to prevent temporary rises in prices becoming embedded, for instance through fuelling wages, without prematurely raising rates and risking the recovery.

Given the scale of the shock the global economy has faced, the overall outlook is positive. Tailwinds to growth, particularly in advanced economies, appear robust. These include strong household balance sheets, limited economic scarring, healthy banking sectors and ambitious hiring and investment plans among corporates. Businesses and workers have adapted remarkably well to operating under far from normal circumstances.

But this will not be the COVID-free recovery that many of us hoped for last year, one in which suppression and vaccine deployment caused the virus to fade much as SARS did in 2003. COVID-19 is set to remain a real and present danger for the foreseeable future. Restrictions, behaviours and public health systems will have to flex to counter the evolving virus. As the prime minister of the Netherlands, Mark Rutte, ruefully conceded earlier this month as he reimposed curbs which had been lifted just a fortnight before, “what we thought would be possible, turned out not to be possible in practice. We had poor judgement, which we regret and for which we apologise”. The range of uncertainties around the future direction of the pandemic remains significant. We may be tired of COVID-19, but it isn’t tired of us.