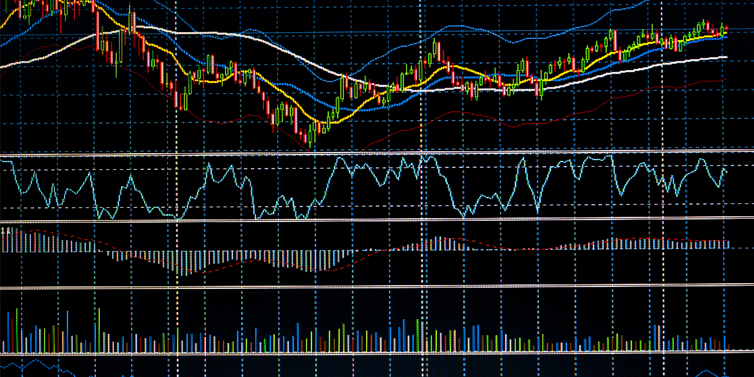 The S&P 500 closed on Friday at a new all-time high. Since last year’s pandemic-induced crash, the index has almost doubled in value, reflecting a surprising feature of the COVID-hit global economy – buoyant equities. Indeed, stocks have rallied since last March, when the global economy was on the verge of the deepest downturn in more than a century. So far, investors have shrugged off a deadlier second wave, further lockdowns, the more transmissible Alpha and Delta variants and, most recently, concerns over rising inflation.

So, what has sustained this surprisingly resilient rally?

Last year, markets took heart from the unprecedented fiscal and monetary support announced by governments and central banks. Lower interest rates and further quantitative easing boosted equities (a lower discount rate inflates the present value of future earnings). And, with government support for jobs and incomes mitigating the scarring effects of the recession, investors bet on a rapid recovery once restrictions were eased. As a second wave of infections took hold in winter, forcing new lockdowns, investors held their nerve, taking the view that mass vaccinations would deliver a more sustainable reopening of developed economies.

Now, with vaccine rollouts and the subsequent easing of restrictions underway, the West is in the throes of a strong rebound and global equities are up 90% from their trough in March 2020.

Beneath this story of apparent strength, the tumult of the pandemic is evident in the changing fortunes of technology and cyclical stocks. The rally in spring 2020 was powered by a clear preference for fast-growing technology firms, especially the US ‘FAANG’ stocks, which benefited from greater home working and the move to online retail. In the autumn of last year, as vaccines raised the prospect of a lasting easing of restrictions, investors shifted their focus from pricey tech stocks to cheaper cyclicals, in sectors such as commodity or retail, more likely to benefit from an economic rebound.

Among the major economies, US equities have performed well this year, supported by the Biden administration’s announcement of a massive fiscal stimulus programme. Europe, which missed out on last year’s tech rally given its undersize technology sector, has benefited from the investor focus on cyclicals. UK stocks are also up this year, with cyclical and domestic-focussed smaller firms doing much better than the more international larger corporates.

The global recovery has pushed commodity prices even higher. The S&P/Goldman Sachs commodity index is up 29% this year, appreciating more than twice as fast as global equities, driven by a sharp rise in the price of crude oil. Strong demand, especially from China, has also supported iron ore and agricultural commodity prices.

This has been a good year for equities in commodity-exporting emerging markets, including Russia, Brazil and South Africa. Chinese stocks have had a lacklustre first half, as the government tightens monetary policy in a bid to rein in risky lending. Despite a serious second wave of COVID-19 infections, India is experiencing a stock market boom, fuelled by extraordinarily easy monetary policy and an influx of foreign capital.

Assets that are traditionally perceived as safe in times of uncertainty have underperformed. Gold is down 7%, the yen has lost ground against other currencies, and US treasuries and gilts have sold off. In corporate debt markets, riskier high-yield bonds have clearly outperformed their safer investment-grade counterparts.

After more than doubling in value in the first four months of this year, Bitcoin has sold off and is now up 6% in the year to date. This is a weak performance by recent standards for the cryptocurrency, which saw a four-fold rise in its price last year as traditional investors warmed to it.

Low interest rates, government support schemes and, with many working remotely, a growing preference for bigger houses have continued to bolster house prices in most major economies. The price of US housing rose by 15% in April, the fastest pace in more than three decades. House prices are up 11% in the UK and 9% in Germany.

Investors made a big wager on the efficacy of vaccines last year. This year, the gradual easing of restrictions and attendant rebound in activity have vindicated their stance. Expectations for corporate earnings also reflect favourably on them. Forecasts collated by FactSet show that analysts expect S&P 500 companies to see a 37% rise in earnings this year while those in the European Stoxx 600 are expected to report a 50% rise.

For corporates, the boom in equities means that their market value is now well above the replacement value of their assets. Such an environment incentivises businesses to acquire new assets, with the market rewarding such acquisitions with a significant valuation premium. This could bode well for investment in new technology and kickstart productivity growth, which has been lacklustre since the financial crisis.

But risks remain. Despite the positive earnings outlook, on several measures of asset overvaluation, equities seem toppy. One such measure, the Case-Shiller price earnings ratio, has only ever been higher during the dotcom bubble. Another wave of infections, driven by a vaccine-resistant mutation of the virus, or a continued rise in inflation, forcing policymakers to raise rates, could trigger a correction.

The latter risk is of particular concern as we have seen significant corrections due to policy tightening over the last decade: during the taper tantrum in 2013, after the Federal Reserve announced a slowing of quantitative easing, and the stock market slide in 2018, in response to rate rises by the Fed. Investors seem sanguine. According to Bank of America’s latest Global Fund Manager Survey, almost three-quarters of fund managers see recent price pressures as transitory and, therefore, unlikely to initiate rate rises.

Prospects for global growth have clearly improved this year and that is reflected in the performance of equities. Investors are pricing in a recovery that is just right – with strong growth and higher, but limited, inflation. That seems the most likely outcome. But it is by no means assured.