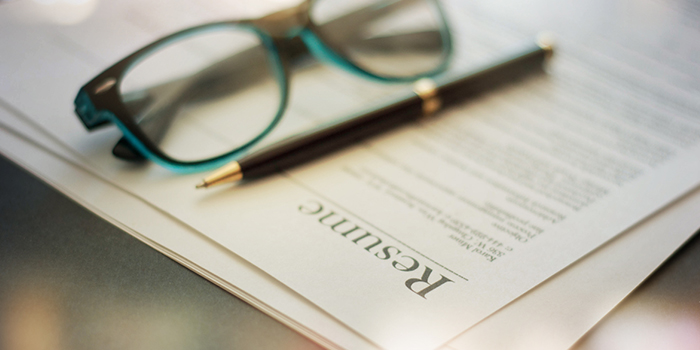 Among the many unusual features of the recession perhaps the most striking is the resilience of jobs market. Unemployment rates have risen, but far less than had been feared based on the experience of recent recessions.

The UK unemployment rate has risen from a low point of 3.8% before the pandemic to 4.8% now. Roughly 3.4m people are still on furlough and as the scheme is unwound the Office for Budget Responsibility expects UK unemployment to peak at 6.5%. This compares with an OBR estimate of a peak of 12.0% last year and an actual peak of 8.5% seen after the 2008 recession. For a downturn of historic proportions, the UK is heading for a remarkably low peak in unemployment.

A similar story has played out across most industrialised economies. Exceptional government support has cushioned the shock to incomes and jobs. In the UK the furlough scheme has supported one in three jobs, around 11m in all. Many businesses have found ways to keep operating during lockdowns, either through social distancing or by moving into new types of business. Decades of labour market reforms and changes in the structure of work have created more flexible labour markets which are more able to manage shocks. The move to working from home is the most striking example. High spending governments have been an important source of job creation, though not remotely sufficient to offset private sector job losses.

In the UK a dramatic reversal in immigration has played a big role. About 650,000 overseas workers have left the UK since the first quarter of last year. This is a huge shock to a labour market in which overseas workers have long played an outsize role. It is a measure of the scale of the shock that Britain’s overseas-born workforce has shrunk by almost 20% reducing the total labour force by 2%.

While the number of foreign workers has declined by around 650,000, employment of UK-born workers rose by around 100,000 to record levels last year. This is the exact opposite of what happened in the financial crisis; it hardly dented the growth of employment among foreign workers but shrank the UK-born workforce by around 500,000. Just as job growth in hospitality, recreation and retail was accompanied by rising levels of migration so the knock to these sectors last year has disproportionately affected foreign workers.

It seems extraordinary, but the worst recession in British economic history has been accompanied by rising employment among UK workers and growth in full-time jobs. Leaving aside those on furlough, the effects of the pandemic have been felt most acutely by foreign workers, those in part-time work, the self-employed and, above all, younger people.

The unemployment rate for 18-24-year-olds stands at 13.3% and over 250,000 more young people are claiming benefits now than in January 2020. The dearth of opportunities has encouraged many young people to stay in or return to college or university. Applications for teaching and nursing courses have surged.

Yet what stands out as growth returns is how well the labour markets have weathered the downturn. Now, with activity returning, the jobs market is tightening, and some sectors are facing recruitment difficulties. Job vacancies are on the rise, especially in sectors such as hospitality and accommodation that are reopening after a long winter freeze. Data from online job search agency Adzuna show that the number of job advertisements is running well above pre-pandemic levels for sectors such as construction, transport, logistics and warehousing.

Some sectors are seeing a scramble for staff. In South Oxfordshire, councils are struggling to hire HGV drivers for their bin collection crews, many of whom have been poached by logistics and delivery companies as online retail soars. The May Purchasing Managers survey reports record levels of hiring in manufacturing. Last month the FT reported that some of the UK’s top restaurants are having to cut lunch and dinner services and raise wages because of staff shortages. (The economics team is finding this isn’t only a London phenomenon. My colleague Tom was in York over the weekend and reports that many restaurants are advertising for staff. I was in Nottingham where a restauranteur told me she’d had to close one of her two restaurants due to staff shortages.)

At first glance the official earnings data look astonishingly strong but have been boosted by the pandemic-driven fall in the proportion of lower-paid jobs. Adjusting for these effects underlying real wages rose by almost 2.0% in the year to Q1 2021. This is still a good outcome in the wake of a 10% contraction in GDP and with the economy operating way below pandemic levels. It also stands in stark contrast to the experience of the last recession which triggered a long squeeze on real wages.

The outlines of the post-Brexit, post-pandemic jobs market are emerging. Although the damage caused by the pandemic has been less than feared, it is real nonetheless. Lost job experience weighs most heavily on the progression and pay prospects of young workers, and this recession has disproportionately affected them. Many are having to delay their first steps on the job ladder or competing for a downsized pool of graduate jobs. Adzuna data show that graduate vacancies are currently running at around two-thirds their pre-crisis levels.

A quarter of a century of strong inward migration seems to have closed. Relative to the past, and to the rest of Europe, the UK has high levels of workforce participation among women, older workers and the young. But there are still significant numbers of people in these groups, and among the long-term sick and disabled, who might be tempted back into employment. In the absence of a plentiful supply of EU labour, and with migration policy favouring those with higher skills, employers will need to pitch jobs to a broader home market. Competition is already having this effect, with some smaller pub chains offering full-time jobs instead of part-time work to attract staff.

And what will it be like for those in the labour force? Job prospects are set to improve further. Economists expect to see unemployment fall next year with a tight labour market pushing average earnings up by 4% this year and 3% next. The steady rise in the minimum wage, which has nearly doubled in real terms since 1999, and is set to rise by a further 10% in the next three years, has lifted prospects for those on lower levels of pay.

The period after the financial crisis was marked by low levels of unemployment and surprisingly sluggish wage growth. The post-pandemic era looks set to deliver low unemployment, this time coupled with rising wages.