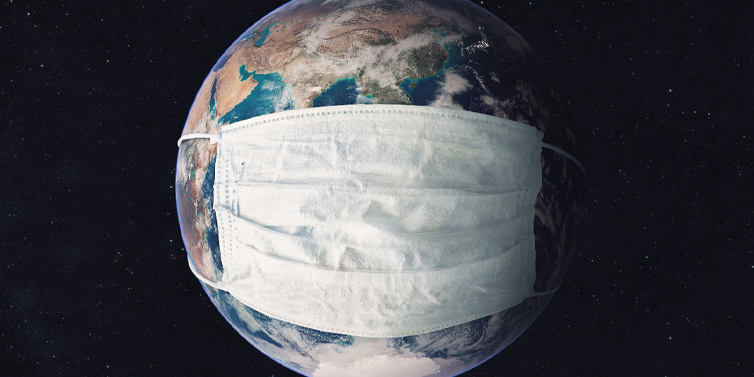 The pandemic has been the main determinant of UK activity in the last 15 months. Rising case rates last spring and autumn, and then at the start of this year, triggered lockdowns that shrank the economy. But that link between case rates and growth has softened. The recent rise in cases and hospitalisations, driven by the Delta variant, have not dented economic optimism. On the contrary, economists have been raising their UK growth forecasts and the regular economic data have been coming in on the strong side of expectations.

With 60% of the population vaccinated, including high proportions of the most at-risk groups, the thinking is that this wave will be far less deadly, and disruptive, than the last two. This week’s briefing examines the data and assesses the risk posed by the Delta variant.

Case numbers have been rising since 4 May with the pace of growth picking up after indoor socialising was permitted in England on 17 May. The current rate of growth is consistent with cases doubling every 12 days. UK case rates relative to population are running at about five times the levels recorded in the US and the euro area, albeit at less than 20% of the peak seen in January.

Part of this may reflect the fact that the UK, which runs one of the world’s most extensive testing programmes, is picking up more cases. And while UK hospitalisations have risen, they are around 5% of the peak levels seen in January. Death rates have edged higher, but they are below those in the US and EU. So far this has been a much less pronounced or damaging wave than either of the previous ones.

Almost all samples of COVID-19 tested in the UK in early April were of the Alpha variant, previously called the Kent or UK variant, which was responsible for much of the second wave. Since then the Delta variant has rapidly spread and now accounts for over 94% of new infections, according to the Sanger Institute.

Public Health England (PHE) estimates that the Delta variant is 64% more transmissible than the Alpha and that the vaccines in use in the UK offer over 90% protection against hospitalisation after two doses. Protection levels against symptomatic disease with one dose are around 30%, well below the near 50% offered against the Alpha variant.

Some 82% of UK adults having received one vaccination and 60% two. Yet with higher rates of transmissibility, the virus has room to expand among children, unvaccinated adults and, to a very limited extent, those who have been vaccinated. Last week The Guardian estimated that only about one-third of the population were protected against symptomatic disease, though this overstates serious health risks. Double vaccinations offer very good protection against hospitalisations and the virus mainly affects young, healthy people who are far less likely than older people to be hospitalised.

Mass vaccinations seek to break the link between case rates and hospitalisations. That link has weakened. The continuation of the economic recovery depends on hospitalisations and death remaining low.

Complete elimination of the virus no longer seems realistic in the foreseeable future. With the virus continuing to circulate at scale globally, further variants are almost certain to emerge. In a recent statement, Chris Hopson, the chief executive of NHS Providers, and Martin Marshall, the chairman of the Royal College of GPs, said, “We will have to live with the COVID virus for a long time to come, building a long-term set of defences, as we’ve done with influenza.” Cabinet office minister Michael Gove has said avoiding lockdowns would require the UK and the world to live with “the tragic consequences of COVID”. The chief medical officer, Professor Chris Whitty, has warned of the possibility of a further “very significant COVID surge” over winter. Under such circumstances the question, as framed in an FT article last week, is whether it is possible to define an, “acceptable mortality level”.

The future course of the pandemic remains highly uncertain. The FT reports that two weeks ago Dr Anne Cori, a specialist in the modelling of infectious diseases who advises the government, put the range of potential UK deaths in the next 12 months at between 20,000 and 200,000. (The total number of UK deaths within 28 days of a positive test so far is 128,100.)

After 18 months of COVID it is striking how much is still unknown – the durability of vaccine immunity, the nature and transmissibility of future variants, and our ability to counter them, and human behaviour in times of low, continuing case rates.

The flu season poses an additional challenge. Prevalence has been low in the UK in recent years and last winter’s lockdown all but eliminated flu. That seems likely to have reduced immunity, creating new vulnerabilities. Last week Professor Anthony Harnden, the deputy chair of the Joint Committee on Vaccination and Immunisation, warned that flu could be a bigger problem than COVID-19 this winter. The UK is planning on a vaccine booster programme later this year, possibly in tandem with a flu vaccination programme.

Optimism about the UK recovery is underpinned by a sense that the pandemic is entering a more containable, less virulent phase. It would be one in which vaccinations, boosters and behavioural adjustments would keep a lid on hospitalisations. That, in turn, would avoid the need for lockdowns and keep growth on track. This seems like the most likely outcome, but it is by no means assured. This virus has proved adaptable and resilient and elimination looks a distant prospect. COVID risks have reduced, but remain.

PS: Last week the Climate Change Committee (CCC), the UK government’s independent adviser, published a report on the UK’s progress towards its climate objectives. The report gives the government credit for setting the right targets but says it has been slow to turn them into actions. Lockdown measures led to a 13% fall in emissions last year, but a sustained reduction in line with targets will need sweeping change and a raft of new policies. The CCC made 200 recommendations, including managing the phase-out of gas boilers and public information campaigns to explain the necessary wider changes, including reducing meat consumption by around one-fifth.