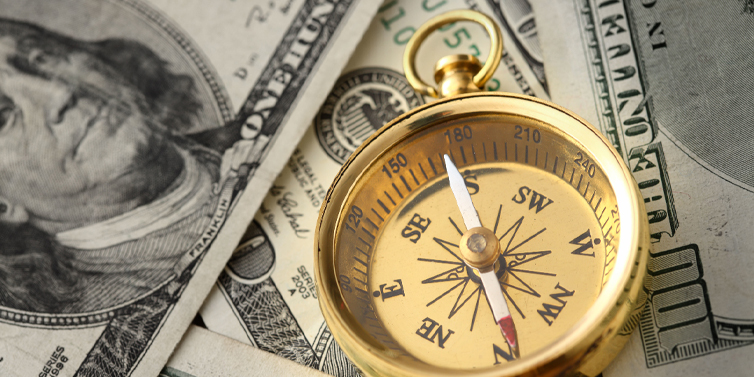 The world is emerging from a deep recession, and the recovery is coming faster than expected. With more than 800m vaccines administered globally, activity holding up despite lockdowns and additional fiscal stimulus coming, economists have been upgrading their GDP forecasts.

The International Monetary Fund expects the global economy to stage a strong recovery, growing by 6.0% this year, the fastest pace since its records began 40 years ago, with growth of 4.4% in 2022.

We are at the stage in the economic cycle where growth forecasts, equities and optimism are heading up. Our own measure of confidence among UK CFOs, for instance, has risen to the highest level in 13 years. In financial markets the mood is positive, and, in places, even euphoric. The listing of Coinbase on the US Nasdaq exchange last week with a value close to that of the venerable New York Stock Exchange testifies to the appetite for risk and a growing acceptance of cryptocurrencies.

Yet this will be an uneven and uncertain recovery, reflecting the differential impact of the pandemic, country-specific policy responses and structural factors. Levels of spending on socially consumed services, such as restaurants and bars, for instance, which have been disproportionately hit by lockdowns, vary widely between countries. Every country has a shared challenge with COVID, but many growth drivers this year will be country specific or idiosyncratic.

Emerging markets are set to outpace developed economies but, with growth forecast at 6.7% this year, their recovery will be slower than in 2010, in the aftermath of the global financial crisis. By contrast, the 5.1% growth forecast for the developed world is its fastest since 1980.

A significant contributor to strong growth in the west is the Biden administration's $2tn fiscal stimulus package. US policymakers want to shock the economy into levels of activity sufficient to collapse unemployment and draw legions of discouraged former workers back into the jobs market. It is a sign of the scale of the Biden stimulus that the IMF believes the US economy will be larger in 2022 than had the pandemic not occurred, the only major country expected to achieve this feat.

Levels of expected growth, and the degree of conviction economists attach to them, are naturally heavily predicated on the rollout of vaccines. Among developed economies, the US and UK, which are at a more advanced stage in their vaccination programmes, are expected to post rather faster growth than Japan and the euro area where vaccinations lag.

In the UK, activity has held up better than expected during the recent lockdown as companies and households found ways of coping with restrictions. March’s budget will inject fiscal stimulus equivalent to 3% of GDP into the economy. This is small beer in comparison with the Biden plan, but a significant boost for an economy where activity is stirring, and policy is loose. We are raising our 2021 UK GDP forecast from 5.4% to 5.8% and expect the economy to expand at 5.7% in 2022.

China and India will drive the recovery in emerging economies, with Latin America and the middle east lagging. New mutations and varying, and changeable, access to vaccines mean growth forecasts could yet see sharp revisions both up or down.

The IMF is currently forecasting that the Indian economy will grow by a whopping 12.5% this year making it the world’s fastest growing major economy. But with a rapidly intensifying second wave of infections, and new restrictions likely to be necessary, that forecast is at risk of being downgraded.

We have been cheered by recent good news on two fronts. First, the huge policy support provided by governments and central banks in the last year seems to have significantly mitigated the damage to growth prospects in western economies. The IMF recently said that most advanced economies would see little such damage, or scarring. This is a sea change compared to the global financial crisis that acted as a drag on growth for years.

Second, global trade has snapped back quickly. In January global trade volumes were above the all-time highs seen in October 2018 and almost 6% higher than a year earlier, a much quicker rebound than was seen after the last recession. Shipping rates have surged and, in a sign of growing confidence, shipping companies last month ordered a record number of container vessels. Despite growing tensions between the US and China, US-China trade flows in March reached a new peak. International trade has roared back notwithstanding numerous challenges – economic and political.

If you are left feeling that all of this sounds too good to be true, I share your unease. The economic momentum is good, but COVID has repeatedly proven a resourceful opponent. While case rates are falling in the UK, in Canada, South America, the EU and India they’re rising. Perhaps surprisingly, they’re also edging up in the US, despite the success of the vaccine rollout. A strong global recovery is the most likely outcome this year, but it is not assured. Public health data, captured brilliantly on the ‘Our World in Data’ website, warrant close attention. I am spending rather too much time following them.

PS: Last week we hosted a Deloitte Academy event on creative destruction and innovation. Our guest speaker was the author and Conservative peer, Matt Ridley, who has written two influential books on these topics. Matt sees innovation as a non-linear process, which, with serendipity, experimentation and, often, commercial acumen, drives progress. Innovation, he says, is a team sport, and is not mainly about brilliant inventors or great breakthroughs. Ideas build on each other, or as he memorably put it, “have sex”. For Matt, the real heroes in innovation are the people and teams, often little-known, who turn inventions into products and services that change the world. He described the typical “hype cycle” of many technologies that tend to underperform expectations in the short term, but outperform in the long term. The gradual accumulation of small improvements, has, over time, transformed the human condition. It is a measure of that achievement that most people in the west today work for only about 10% of their entire lives.