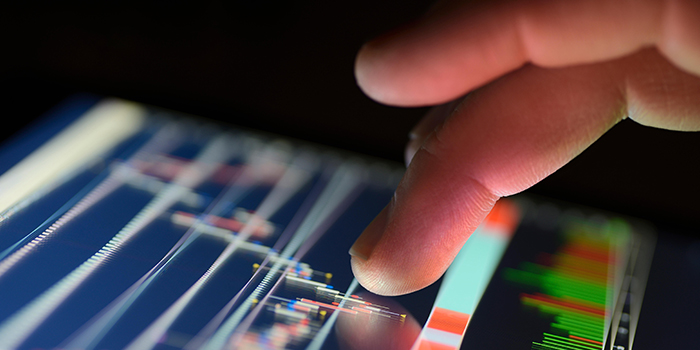 Our latest UK Chief Financial Officers Survey, released overnight, shines light on the plans of Britain’s largest corporates as the economy reopens. The full report is available at: https://www2.deloitte.com/uk/en/pages/finance/articles/deloitte-cfo-survey.html

This is a remarkably upbeat survey, the most consistently positive of any since we started to survey CFOs in 2007.

Optimism among Chief Financial Officers (CFOs) has risen to the highest level in the 13-year history of the CFO Survey, far surpassing previous peaks seen after the global financial crisis and in the wake of the December 2019 general election.

The fog of uncertainty that engulfed the economy last March is clearing. CFO perceptions of uncertainty have plummeted from the record levels seen a year ago. CFOs continue to see the pandemic as posing the greatest risk to business, but even here concerns have eased. It is a sign of the times that the only category of macro risk where concerns have risen sharply relates to the side effects of strong growth, in the form of inflation and asset price bubbles.

The successful rollout of vaccines in the UK, the prospective reopening of the economy and a gathering US recovery have all helped sentiment. So, too, has an end to the long Brexit saga.

CFOs continue to think by a wide margin that Brexit will adversely affect the UK business environment. But, with the UK’s departure from the EU, the issue has dropped sharply down CFOs’ worry list, from the first or second place it has occupied since the referendum, to eighth. Brexit has weighed heavily on CFOs’ hiring, investment and M&A activities since the EU referendum in 2016 but such concerns have fallen away significantly since the end of last year. With the UK’s exit from the EU, a dominant source of business uncertainty has become one of many to be monitored and managed.

The profit outlook has been transformed and CFOs’ expectations for margins have returned to the previous high seen in mid-2014 at the top of the economic cycle. The recent strong performance of UK equities, up 5% since the start of March, suggests financial markets are already anticipating a strong rebound in profits.

Corporates responded to the pandemic by building up cash and cutting costs as they sought to strengthen their balance sheets. Cash holdings rose to record levels, with UK corporates’ cash balances rising by 27% in the fourth quarter of last year compared to the same period a year ago. Now, with restrictions lifting, CFOs are tilted away from defensive to expansionary strategies. CFOs’ expectations for hiring and investment having reached their highest level in nearly six years. Pent-up demand from the corporate sector, fuelled by high cash balances and rising revenues, points to an acceleration in corporate spending and activity over the coming months.

The expectation among CFOs is that the UK will be heading back to work over the summer. Two-thirds expect the bulk of their workforce to have returned to working in the office by September.

On the results of the latest CFO Survey the UK is heading for a strong recovery. Whether it materialises is heavily dependent on the UK decoupling from rising COVID case and deaths rates being seen globally.

PS: Last week the Wall Street Journal reported that China has become the first major economy to launch a central bank digital currency (CBDC). This potentially represents a major step in the evolution of money. A CBDC is a digital bank note or token that is issued directly by the central bank to households and businesses. Beijing has indicated that the digital currency will circulate alongside physical notes and coins for some time. Many central banks, including the Bank of England, the European Central Bank and Sweden’s Riksbank, are exploring the creation of a digital currency, but China appears to have stolen a march. Central banks see CBDCs as a way of strengthening the role of sovereign currencies against a growing band of private cryptocurrencies, such as Bitcoin. Controlling the price and quantity of money is a vital arm of economic policy and one that no central bank would wish to cede. Last year the ECB said that higher demand for electronic payments creates a greater need for a “risk-free digital means of payment”, which a CBDC could provide. Private cryptocurrencies are decentralised and largely unregulated, while a CBDC would be issued and regulated by the respective national authority. A digital currency would give policymakers a new channel for operating monetary policy directly, enabling central banks to set interest rates on money in the accounts of households and businesses, rather than operating through commercial banks. CBDCs are a radical and largely untested idea. China has taken the plunge; others are likely to follow.