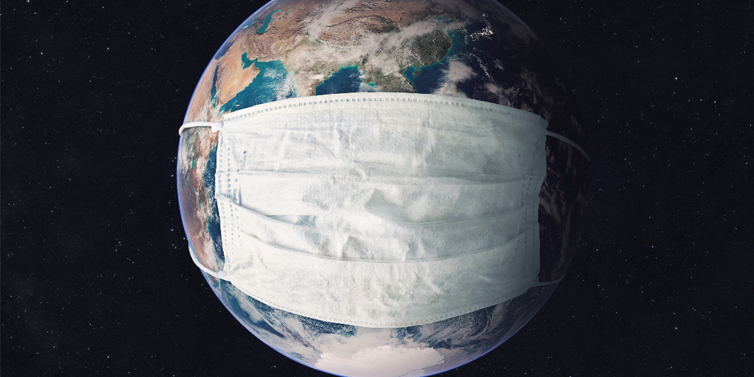 In the UK things are looking up on the health and economic fronts. COVID-19 cases, hospitalisations and deaths have fallen sharply from their January peaks. For two consecutive weeks, the number of deaths from all causes in England and Wales has been below the five-year average. On 28 March zero COVID-19 deaths were reported in London.

The vaccination programme has been an outstanding success. As of 4 April, 60% of UK adults had received one vaccine dose and 10.3% two doses. The UK has vaccinated the vast majority of the highest priority groups accounting for 99% of mortality risk from COVID-19.

These trends meant that prime minister Boris Johnson was yesterday able to confirm that non-essential shops, gyms and outdoor dining will reopen as planned in England on Monday, 12 April.

Economic activity is picking up too. GDP, business surveys, retail sales and house prices have registered better than expected readings as the economy adapts to lockdown restrictions and sentiment improves in anticipation of easier restrictions. Economists have been revising up their forecasts for UK growth this year.

This all makes for a positive backdrop for the coming months. Yet, as we noted in last week’s Briefing, England’s chief medical officer, Chris Whitty, has warned that the UK will see another surge in COVID-19 cases at some stage. How concerned should we be?

Modelling by the University of Warwick and Imperial College London considered by the government’s Scientific Advisory Group for Emergencies (SAGE) in February found that as restrictions are eased, gaps in vaccine coverage and effectiveness could result in a rise in hospitalisations. In some scenarios hospitalisations approach or exceed those registered in January, although, as with all modelling, small changes in assumptions can cause significant differences in outcomes.

This is probably overly pessimistic. Some of the unvaccinated population, we estimate just over 10%, will be protected having previously had COVID-19. It also seems likely that some other people who have yet to be vaccinated will be protected by dint of having antibodies below the threshold detected in official tests or being capable of ‘T-cell’ responses that also are unmeasured.

That said, with the vast majority of under-50s likely to be unvaccinated as restrictions are eased, younger people will constitute a major potential vector for transmission and the development of new variants.

So how great is the risk of a new surge in hospitalisations? It may appear counter-intuitive, but, even with 80%–95% of the highest priority groups vaccinated, this is a real possibility. One scenario sees pent-up demand for socialising unleashed by the lifting of restrictions. Cases could rise among younger unvaccinated people and in a proportion of those more vulnerable groups who have been vaccinated. Case rates could rise for a time with only moderate increases in hospitalisations. But with sufficient prevalence infections could spill over into the older and more vulnerable parts of the population, some of them unvaccinated or unprotected, and at this point, hospitalisations could accelerate.

There are other reasons for caution.

First, the main driver of falling cases, hospitalisations and deaths since January has been the lockdown rather than vaccinations. A ‘vaccination effect’ has become visible among the most vaccinated cohorts of the population, but studies suggest that vaccines take roughly a month to reach their maximum effectiveness.

Second, new daily cases are ten times higher than last July and deaths five times higher than last August, meaning that we are easing restrictions when case and death rates are well above those seen in last summer’s lows. The B.1.1.7 variant (first identified in Kent) that drove the recent wave of cases in the UK is highly transmissible, and it is unclear how rapidly it will spread as restrictions are eased. It has quite possibly increased the share of the population that needs to be protected to achieve herd immunity above what is expected to be achieved via vaccination in the absence of baseline measures.

Third, the return of cold weather in the autumn and the possible emergence of a new variant that is more infectious than B.1.1.7 are clear risks. The government is already planning to offer booster jabs in September in anticipation of the spread of other variants.

Fourth, the global picture is deteriorating. New daily cases have risen since mid-February, at first driven by Europe and South America, but recently also by North America and Asia. Many countries, including Brazil, Uruguay, India and the Philippines, are registering rapid increases in cases. Boris Johnson has warned that the effects of Europe’s third wave will "wash up on our shores" and that the UK should be "under no illusion" it will not feel the effect of growing continental case rates.

The B.1.1.7 variant has spread throughout continental Europe and the US. Although about one-third of American adults have received at least one vaccine dose, states have been rapidly easing restrictions despite the spread of B.1.1.7, leading Dr Rochelle Walensky, director of the Centers for Disease Control and Prevention, to describe a “feeling of impending doom”.

In Europe, where vaccinations have proceeded more slowly, countries have tightened restrictions. However, Spain, Ireland and Portugal, which registered similar waves to the UK in January, are now also registering similar declines in cases despite lower vaccinations. This suggests that the immediate risk is the spread of B.1.1.7 and looser restrictions, rather than the speed of vaccination, which takes time to have a material effect on slowing transmission.

Cases may well rise in the UK as restrictions are eased. The return to schools after the Easter holidays combined with the 12 April easing suggest that early May will be a crucial test of the UK’s ability to contain transmission. The colder autumn months are another hurdle. Mass testing is likely to be needed for a long time to come, something acknowledged by the government’s decision to offer everyone in England access to two rapid coronavirus tests a week.

So the risks are real. The experience of last summer, when low case and death rates created an impression that the virus was in retreat, shows how COVID-19 can surprise. Yet despite these caveats, we see reasons for optimism.

The global pace of vaccinations will continue to improve as production ramps up and more supplies are available. BioNTech and Pfizer, who have increased their 2021 vaccine production target by 25% to 2.5bn doses, consider a further increase possible and expect to soon produce a version of their shot that can be stored in ordinary refrigerators.

People’s willingness to be vaccinated against COVID-19 has risen across the world in recent months.

Israel’s rapid vaccination roll out is providing invaluable information on how full vaccination affects the spread of the virus.

Considering the uncertainties a year ago, it is remarkable that several highly effective vaccines are in large scale production. Supply has been limited, but that is changing. The prospect of mass vaccination, along with improved testing, tracing and other non-disruptive measures, points to declining global case rates through this year. It is possible that two-dose vaccinations will prove more effective than expected, particularly as the young get vaccinated. Vaccines will develop and could offer greater protection or achieve this with additional doses.

The mood in the UK has changed for the better. It is starting to feel as if we may have made it through to the other side of the pandemic. But with little prospect of final victory vigilance remains vital. That is the key to a sustainable economic recovery.