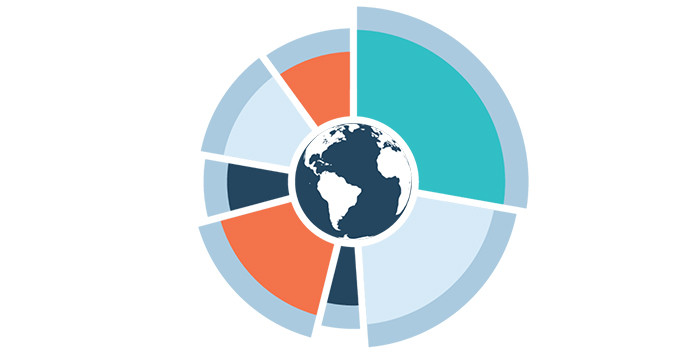 Join our next fortnightly COVID-19 webinar on Thursday, 11 March, at 13:00 GMT where Ian Stewart and Karen Taylor will give the latest public health and economic updates. Our guest will be Sir Howard Bernstein, strategic advisor, Deloitte and former chief executive of Manchester City Council and former head of Paid Service for the Greater Manchester Combined Authority. Sir Howard will offer his perspective on the challenges and opportunities of the UK government's 'levelling up' agenda and how it might impact economic outlook for the regions and the UK.

The pandemic has reinforced existing, longstanding concerns about poverty and income insecurity. A solution, some argue, would be to provide all adults with a Universal Basic Income (UBI) that covers their principal expenses, allowing them to earn whatever they want in addition. The pandemic has led some governments to make across the board cash transfers to households, making UBI look less radical. Policies such as the US provision of cheques of up to $1,200 to most adults last year and Japan's Special Fixed Benefits programme, which paid $950 to every individual in Japan, shows how no-strings-attached cash transfers can be used.

Two political races, in New York and South Korea, are shaping up as tests of UBI's mass appeal. Andrew Yang, the frontrunner in New York's mayoral elections is a serious advocate, having previously proposed monthly $1,000 payments to all Americans in his campaign for the Democratic presidential nomination. In South Korea's upcoming presidential election, potential candidate Lee Jae-myung has also proposed a national universal basic income.

Aspects of a basic income appeal to both sides of the political divide. Some on the left see it as the answer to long-term poverty and inequality. As a universal benefit, it could supplant means-tested giveaways, which some see as demeaning. Many free marketeers see basic income as a way of replacing existing welfare systems and shrinking the state.

There is no one definition of how UBI would work. Some see it as providing income stability to improve employment. Others focus on improved wellbeing and health. Views differ on the appropriate level and, indeed, whether it should be truly universal or more targeted. For the purposes of this Briefing we look at UBI in its purest form - a guaranteed recurring income for everyone, covering all their basic expenses.

UBI supporters argue that it would strengthen the bargaining power of labour, pushing employers to create higher-paid, higher-skilled jobs, delivering productivity and output growth. It would also radically simplify the welfare system and eliminate any disincentives to work inherent in means-tested benefits.

But because a UBI goes to everyone, not just lower income households, it could be hugely expensive. In its purest form, as a replacement for means-tested benefits, a basic income would be unable to direct extra support to those in greatest need. Unless set at very high levels, this would tend to exacerbate poverty. In a recent report the Organisation for Economic Co-operation and Development (OECD) concluded that a flat universal basic income paid to all “would not prove to be an effective tool for reducing poverty” and require substantially higher taxes to fund its simplicity. Large tax-revenue changes would be needed to support a UBI at meaningful levels.

Another concern is that a UBI could reduce incentives to work and to save. Critics worry that proponents who value the freedom to say no to jobs people do not like, afforded by an UBI, ignore the purpose, relationships and structure to peoples’ lives brought by work. Introducing UBI would also pose a mammoth design, technology and logistical challenge. In the UK, the recent history of much more modest benefit simplifications, such as the implementation of Universal Credit, demonstrate the challenges.

Several trials have recently been conducted around the world to understand the implications of UBI and also address some design challenges. The results are mixed. The most recent studies, from Finland and Stockton, California, point in different directions. The Californian trial, which made payments of $500 a month for two years to 125 randomly selected individuals with lower-than-median incomes, found that beneficiaries reported greater income stability, paid down debt and had better employment outcomes. The larger, nationwide, Finnish trial paid €560 per month to 2,000 working-age unemployed adults. They reported slightly better well-being but no improvement in employment outcomes.

These trials highlight the complexities and limitations of social experiments in assessing UBI. The biggest criticism is that offering a basic income to a very narrow section of the population does not produce representative results, as UBI, by definition, is a universal benefit, to be provided to the entire working-age population. Nobody knows how an entire population and economy would respond to the implementation of a UBI. The uncertainties of introducing it across a whole country would be enormous.

The UK welfare state was originally seen as a universal system without means testing. Everyone contributed and benefited, much as with the NHS or the old child benefit systems. But, over time, to target acute need and contain costs, the welfare state has become more selective and conditional. The introduction of UBI would, in some ways, be a reversion to the original concept of the welfare state, based on a social contract between the individual and the state.

Britain’s welfare system has evolved over more than a century responding to exigencies and social change. If we want less poverty and inequality the existing system can deliver it. More importantly, the existing system is, at least currently, affordable. The real political question is less about systems. It is about our willingness to fund social provision through higher taxes. A UBI would not change that.