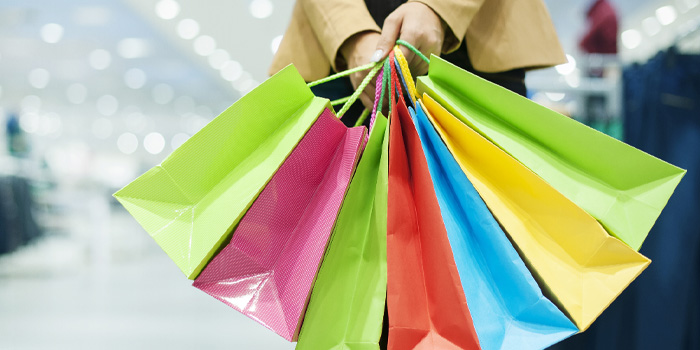 Last year UK government spending rose to 55% of GDP, a level last seen in 1944, at the peak of wartime mobilisation. Public debt has surged across the western world, and way beyond levels seen in the global financial crisis. The crisis is likely to reshape the role of the state and levels of taxation and indebtedness for years to come.

The recent UK budget outlines the government’s plans for the public finances and is one of the most consequential of recent decades. For the Economics team’s full budget analysis visit: https://blogs.deloitte.co.uk/mondaybriefing/2021/03/spring-budget-2021.html

Each year the House of Commons Treasury Select Committee scrutinises, and reports on, the UK budget. Last week, along with four other economists, I was asked to give evidence to the committee. We covered a lot of ground, but here is my take on what I’d see as the four most important questions that came up.

Question 1. How great are the risks posed by high levels of government debt?

Public sector debt has risen to levels last seen in the late 1950s, when the UK was winding down wartime borrowing. Debt levels have surged since the turn of the century, with the financial crisis and then the pandemic pushing up the ratio of public sector net debt (PSND) to GDP fourfold. Higher debt levels make the public finances more vulnerable to rising borrowing costs and potentially limit the government’s ability to borrow more in response to future crises.

There are two important caveats. Borrowing costs are lower than ever, so despite rising debt levels, borrowing costs have dropped to the lowest level in more than 70 years. All governments have had to borrow more; levels of public debt in the UK do not look out of line by international standards and are lower than in a number of other advanced economies, including the US and Japan. There are limits to public indebtedness, but we seem to be a long way from hitting them. The best way to pay down debt is to generate growth and now is not the time to tighten fiscal policy.

Assuming, as seems likely, the recovery takes hold, debt markets will focus more on inflation risk and levels of public debt. The euro crisis demonstrated that the bond market’s willingness to finance governments can change quickly. Quantitative easing has increased the government’s exposure to rising interest rates through increasing private sector holdings of reserves on which the Bank of England, ultimately a part of government, pays interest. A 1% increase in interest rates would add about £21bn to the government’s annual debt servicing costs, increasing total spending by 2%.

In the budget the chancellor opted, sensibly in my view, to prioritise short-term fiscal stimulus to get the economy moving, with consolidation, in the form of tax rises, starting in earnest in 2023 (The future tax rises, on corporation tax and through not raising income tax allowances and thresholds, represent the largest increase in taxes since the post-recession budget of 1993.) Along with more spending today the chancellor says that he wants to shrink debt levels in the longer term. In a highly uncertain world this balance between short-term fiscal ease and consolidation looks about right.

Question 2. Will this downturn, like the last one, be followed by a decade of public sector austerity?

Public spending will fall as the £344bn emergency pandemic support programme winds down. On this simple measure the UK, and most rich economies, will see a shrinkage of the state and of public borrowing. But this is hardly a tightening of fiscal policy or a return to austerity since the pandemic spending – on the furlough scheme or business rates relief, for instance – was to fill a temporary gap created by the pandemic.

Nor do the government’s longer-term plans for public spending look particular austere. By the end of this parliament spending is forecast to account for just under 42% of GDP, above the 40% post-war average and closer to a level of spending seen during and after recessions (on the eve of the pandemic public spending accounted for about 40% of GDP). Health, education and overseas aid are ‘protected departments’, and will receive real-terms increases in funding. Public sector infrastructure spending is also set to run at much higher levels than seen in the last 20 years. But ‘unprotected’ areas, including local government, transport and justice, which have seen funding fall in the last ten years, will face a near standstill in spending. This isn’t a return to wholesale austerity, but for some areas it will certainly feel that way.

In reality, and despite an upward drift in underlying spending, the settlement outlined by the chancellor on 3 March looks improbably tight. Little allowance has been made beyond 2022 for the continued costs of countering COVID, such as testing, surveillance and new vaccines. The planned ending of the temporary £20 uplift to Universal Credit in September is likely to be controversial and may be hard to carry. And after a decade of cuts, it may simply be impossible to squeeze spending further in ‘unprotected’ areas of spending. With polls suggesting voters are weary of austerity, and with the government showing no inclination to take an axe to public spending, it seems likely that public expenditure may rise further than is envisaged.

Question 3. How strong will the recovery be and will scarring, or the damage to the economy inflicted by the pandemic, weaken it?

We expect the recovery to start in the second quarter. Pent-up demand, fiscal stimulus and a buoyant US backdrop point to this being a pretty forceful recovery. The OBR (Office for Budget Responsibility) forecast for 4.0% growth this year looks on the low side; the OECD (Organisation for Economic Co-operation and Development) last week forecast 5.1% and this looks likely to be closer to the mark.

Historically deep recessions inflict damage on the productive capacity of the economy by disrupting networks and investment, weakening balance sheets and, crucially, reducing the skills base. But these effects should be less pronounced than in previous cycles. The level of support for the economy over the last year has been without precedent. It has mitigated the damage to productive capacity. The OBR, for instance, has repeatedly revised down its forecast for the peak in unemployment, which now stands at 6.5%, a remarkably low level by the standards of the last half century. Business insolvencies hit record lows last autumn and, though set to rise this year, are unlikely to reach the levels seen in the last recession. Meanwhile the overall balance sheet position of consumers and corporates is pretty strong, an extraordinary outcome for an economy emerging from the deepest downturn in 300 years.

We expect some long-term economic scarring, especially in the labour market, but it is likely to be less than in recent recessions. And there is a case for thinking that, by spurring organisational improvisation and the use of technology, the pandemic could in some ways help lift long-term growth. The surge in online shopping, working from home and remote medical consultations seen in the last year could yet be harbingers of wider, productivity enhancing change.

The pandemic collapsed inflation but, from very low levels, it’s likely to rise from here. Energy, food and metals prices have risen from last year’s lows and will start to push inflation higher in the coming months. But with the economy operating with spare capacity, and unemployment heading up, inflation is likely to stay subdued well into 2022.

Further out we see three risk factors. The departure of perhaps as many as 1.3m foreign-born people from the UK in the last year has shrunk the labour supply. If the recovery gains traction unemployment rates could fall sharply, and to very low levels. There’s an awful lot of stimulus hitting the economy, and corporates and households are flush with cash. Once spare capacity is exhausted prices and wages are likely to rise. Finally, low productivity growth could have reduced the ‘speed limit’ for inflation-free growth. We could find that even with relatively low rates of growth we start to see inflation pressures emerge.

However, what is clear is that central banks are loath to run the risk of snuffing out a recovery in order to counter early signs of inflation. They seem much more likely to wait for a sustained shift up in inflation before tightening. This is one reason why I have become more confident about the recovery – and more wary of inflation in the longer term.