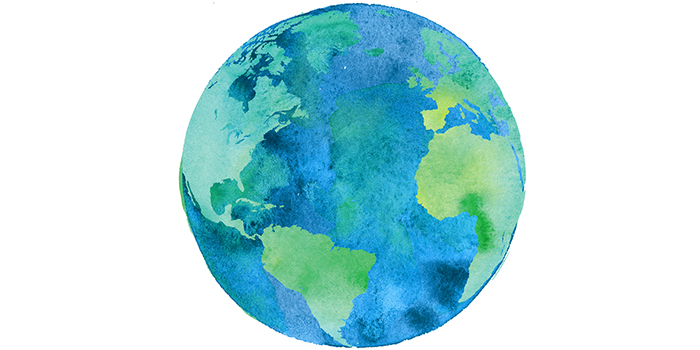 Join Deloitte CEO Richard Houston and me as we examine economic and business prospects beyond the pandemic in our Spring webinar tomorrow, Tuesday, 30 March, 14:30–15:30 BST. To register please visit:
https://event.webcasts.com/starthere.jsp?ei=1440317&tp_key=533939db50

In 2019 the UK became the first major economy to pass into law a requirement to achieve net zero, ending all contributions to global warming, by 2050. Achieving this will require an upheaval in fiscal policy, the way in which government regulates, taxes and spends. This week’s Briefing considers the levers available to the government.

Climate change can most obviously be tackled simply by taxing pollution. But harnessing market forces, through a carbon emissions trading scheme (ETS), arguably helps to create a more efficient price for emissions. It also helps to ensure emissions will fall by a targeted amount. Carbon permits are tradeable, giving companies an incentive to reduce emissions and enabling them to sell permits to less energy efficient businesses. The number of carbon pricing schemes (either taxes or ETS) has tripled over the past decade, rising to 64. Such schemes operate globally covering almost a quarter of total greenhouse gas emissions, up from about 5% in 2010.

The EU’s ETS sets a cap on greenhouse gas emissions that reduces over time. Within this cap, companies receive free allowances and/or buy allowances at auction or in the secondary market where they can trade with other participants.

Having left the EU, the UK is establishing its own scheme, which starts in May. The UK ETS will operate in a similar way to the EU scheme, which covers about 40% of emissions and focusses on energy-intensive industries, including power and heat generation, steel mills and airlines. The UK scheme is expected to apply a cap on emissions that is 5% smaller than the UK’s share of the EU ETS.

To increase the incentives to reduce emissions the number of permits reduces over time, driving up the carbon price and the cost of pollution. The price of carbon under the EU scheme has more than quadrupled since the start of 2018 as the supply of permits has shrunk, and as Brussels has set tougher future targets for cutting emissions.

Not all countries have pledged to reduce emissions. To avoid unfair competition from abroad, the EU is considering implementing a carbon border tax that would be levied on imports from countries that are not committed to the 2050 net zero target. It would be an environmental tax and an import duty that could stoke trade tensions. The US climate envoy, John Kerry, has warned that the EU’s carbon border tax should be a “last resort” and that it could have serious implications for relationships and trade.

The UK’s ETS will be part of a patchwork of around 20 environmental taxes. Critics highlight the complexity of the system, and the mixed incentives and penalties it offers. An accretion of regulation over different governments means that emissions are taxed at different rates depending on the type of energy consumed and the purpose of its consumption. The Financial Times last year reported that an individual is charged £109 for emitting one tonne of carbon from driving their car but £41 for producing the same amount of carbon using electricity at home. Gas-fired heating comes with an effective subsidy of £14 per tonne of carbon. It is particularly anomalous that electricity, where renewables play a major role, is taxed at a higher rate than carbon-emitting gas. Creating a single carbon price across different energy sources would be a more logical and effective way of achieving net zero.

Despite the increased salience and urgency of carbon reduction the yield from environmental taxes in the UK is low and falling, declining from 8.4% of government receipts in 1997 to just under 7.0% in 2019. The lion’s share, accounting for more than half of the total, comes from fuel duties whose rates have been frozen for the last decade. Popular discontent against rising fuel prices triggered protests by lorry drivers in 2000, 2005 and 2007 and contributed to the subsequent freeze in fuel duties.

This pull, between environmental aims, and public antipathy to higher fuel costs, has played out elsewhere, including in France’s ‘gilets jaunes’ protests. It is certain to do again. The most efficient path to net zero is unlikely to be the most political expedient.

Yet IMF research suggests that governments will need to impose more stringent taxes on fossil fuels in order to meet their net zero commitments. The Fund argues that large countries should introduce a carbon tax that would rise quickly to $75 a tonne in 2030. This would mean household electricity bills would rise by 43% cumulatively over the next decade on average – more in countries that still rely heavily on coal in electricity generation, less elsewhere.

Higher environmental taxes could help counter the loss of revenues as consumers switch from polluting and tax-paying petrol and diesel cars to largely tax-free electric vehicles. Without tax increases elsewhere, the move to electric vehicles will leave a sizeable gap in government revenues.

Major tax changes are a necessary, but not sufficient condition, to achieve net zero. High levels of investment, public and private, are also required. In November the government committed a “down payment” of £12bn to fund the transition to net zero by 2050. Climate experts warn much more will be needed. The Climate Change Committee estimates that UK investment in low-carbon technologies needs to rise from about £10bn a year today to over £50bn a year, equivalent to 2% of GDP, by 2030 – and to stay at this level for the next 20 years. Much of the investment will come from the private sector and, in time, will yield increasing returns. By the mid-2040s the Committee estimates that the cost of new investment will be overtaken by the operational savings.

The returns to renewables have risen sharply in recent years as costs have declined. The benchmark price for solar power has dropped by 84% since 2010, offshore and onshore wind by about half. It is a measure of the change that last year the UK went for over two months without using electricity generated from burning coal. During this period 37% of Britain’s electricity came from renewable energy, up from 3% ten years ago.

The government will need to borrow to finance higher levels of investment, and it also wants to develop the green financial markets. Earlier this month the Debt Management Office, the agency responsible for issuing UK public debt, said it would sell at least £15bn of green government bonds this year (out of a total of £296bn debt issuance). The money raised will help to fund green projects including in wind and hydrogen power.

In the first and second world wars UK and US citizens were enthusiastic buyers of government war bonds which financed the military effort. A similar idea was at work in the recent UK budget. Retail investors will soon be able to buy green government debt through National Savings and Investments, the government-backed savings scheme.

The budget also saw the chancellor announce a change in the Bank of England’s mandate, requiring it to “reflect the importance of environmental sustainability and the transition to net zero”. This could result in the Bank skewing its asset purchases under the quantitative easing scheme towards greener corporate bonds.

The process of carbon reduction will not depend solely on taxes, regulation and investment. Much will depend on voluntary action to reduce emissions. A voluntary carbon market enables organisations to do just this. The Taskforce on Scaling Voluntary Carbon Markets, under the former governor of the Bank of England, Mark Carney, recently published a blueprint for creating a large-scale, transparent carbon credit trading market. If realised it could go a long way to pricing, and offsetting, the majority of UK emissions that are not covered by the new ETS.

The momentum behind the transition from the carbon economy is gathering pace. In much the same way that wars mobilise taxes, financial markets and public and private activity, so too, will the shift to net zero. Much more change is to come.

PS: Last week England’s chief medical officer, Chris Whitty, warned that the UK will see another surge in COVID-19 cases at some stage. Simple arithmetic demonstrates why. Government modelling assumes an overall vaccine take up of 79%. Coupled with effectiveness of 80% to 95%, depending on the vaccine and dosage, this could potentially leave as much as a third of the adult population at risk. It seems optimistic to assume that rising cases rates could be confined entirely to the healthy and young. New variants are another risk. The vaccination programme has turned the tide, but it’s likely we’ll have to live with the virus for some time yet.

PPS: Companies generally slash capital spending in recessions. One of the unusual features of America’s downturn is that investment in computers and IT has boomed, rising 22% in the year to the fourth quarter of 2020. This surge has partially been driven by home working and should help bolster productivity and resilience once the pandemic passes.