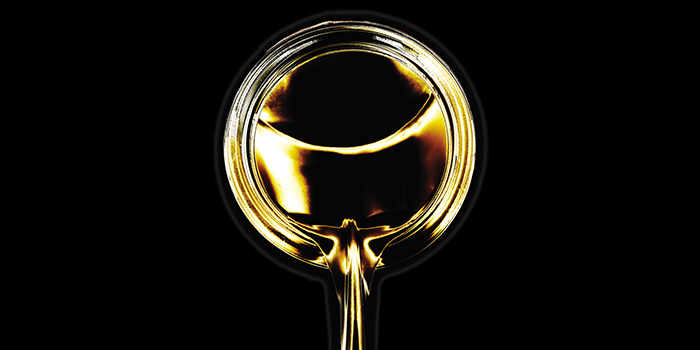 Join our next fortnightly COVID-19 webinar this Thursday, 25 February, at 13:00 GMT when we will examine the latest public health and economic data and look at how the pandemic is likely to accelerate the adoption of technology.
Please register here: https://event.webcasts.com/starthere.jsp?ei=1365454&tp_key=8f4d835e66&sti=mmb.

On Tuesday, 9 March, at 13:00 GMT Deloitte and the Institute for Government will co-host an event bringing together three former chancellors of the exchequer to discuss their experiences of tax policymaking. The panel comprises Rt Hon. the Lord Lamont of Lerwick (chancellor 1990–93), Rt Hon. the Lord Darling of Roulanish (chancellor 2007–10) and Rt Hon. George Osborne CH (chancellor 2010–16). To register please click here. The link to join will be sent by the Institute for Government closer to the date (please check your spam).

Having just experienced the biggest global downturn since the 1930s it seems a little early to be worrying about inflation. Yet that’s what the US bond market is doing. Market expectations for US inflation over the next ten years have jumped from a low of 0.5% last March to 2.1%, the highest level in six years.

On the whole this is good news. The US bond market is betting on easy fiscal and monetary policy to generate a strong recovery. In recent years central banks have had to worry a lot more about deflation than inflation. So, the prospect of inflation averaging 2% or so in the next ten years, bang in line with the Federal Reserve’s target, is a comforting one.

But the bond markets volte-face on inflation also highlights how quickly views can change – and raises the question of whether the US recovery could drive inflation beyond what is comfortable.

The big economic news from the US is that the new administration is planning to run the US economy hot. The new treasury secretary, Janet Yellen, last month declared it was time to “act big” on fiscal policy to boost US growth. Next month Congress is likely to pass a $1.9tn package of stimulus to support growth until the economy reopens. Later this year the administration plans to go further, with new spending on infrastructure, climate change, education, digital transformation and healthcare. Taken together the measures could be worth 9% of US GDP. The experience of leading the Fed in the aftermath of the global financial crisis seems to have convinced Ms Yellen that fiscal policy needs to do much more of the heavy lifting in securing the recovery.

Loose monetary policy could add fat to the fire . The Fed has made clear that it wants to keep interest rates at low levels and to continue to purchase assets, a policy that helps fund the government’s large deficit. And in what looks like a switch to a more permissive approach to inflation, the Fed last year announced it would aim to compensate for periods of below target inflation by running inflation above 2%.

A combination of a large fiscal boost, easy monetary policy and the unleashing of pent-up demand would set the stage for a strong recovery this year. Growth forecasts for the US economy have risen since last autumn with economists on average expecting growth of 4.7% this year. That seems on the low side to me. It now seems quite possible that the recovery will come fast enough to return the US economy to pre-crisis levels of activity within a year. The booming US equity market, up 20% since last November’s elections, shows that investors are positioned for a strong recovery.

The big question is whether the recovery will leave the US economy operating above capacity, risking a serious and persistent inflation overshoot. Inflation is already set to rise as the effects of higher oil, commodity and food prices feed through the economy. After last year’s collapse in inflation, and deep recession, a restoration of inflation to around 2%, would be a good thing, and a sign of diminishing risks to growth. But what is the Fed’s longer-term aim?

Like Goldilocks’ porridge in the children’s story, the aim is to run inflation at levels that are neither too hot nor too cold but just right. Three ten-year periods in post-war history illustrate each of these outcomes.

The 1970s shows what can happen when inflation runs too hot. In the ten years to 1982, UK inflation averaged 13% annually, a remarkable rate when one considers today’s norm of around 2%. Runaway inflation was hugely disruptive, the UK suffered two recessions and the growth rate halved. Post-boom Japan offers an opposite cautionary tale. Between 2001 and 2010 Japanese prices fell by an average of 0.3% a year. In a deflationary economy the growth rate dropped to less than 1% a year, government spending rose in an effort to support activity and public debt ballooned. The era of ‘just right’ inflation came in the 1950s and the 1960s. In the UK in the ten years to 1967 inflation averaged 2.8% a year and real GDP expanded at a healthy 3.2%. With nominal growth of 6% a year, ahead of government borrowing costs, the ratio of public debt to GDP dropped by one-third in ten years. Inflation of around 3% a year helped oil the wheels of the economy, supporting growth and eroding the burden of government debt.

Ms Yellen worries that economic scarring, especially the decline in the size of the US workforce as discouraged workers left the labour market last year, will hold the recovery back and keep inflation too cold. One of her predecessors as secretary of the Treasury, Lawrence Summers, warns, on the contrary, that current policies could lead to “inflationary pressures of a kind we have not seen in a generation with consequences for the value of the dollar and financial stability”. Ms Yellen counters that the authorities could quickly damp unexpected inflation pressures by tightening fiscal and monetary policy.

We seem to be witnessing a historic shift in thinking on US fiscal policy. The focus is squarely on growth while worries about inflation and public debt are firmly in the back seat. The great concern among US policymakers now, even as the US emerges from recession, is of doing too little to support growth. The new administration believes that many of today’s economic and social ills stem from an insufficiency of government spending. Public debt, so the argument runs, is cheap and government spending will help reboot growth and inflation. That, in turn, will create a virtuous cycle of debt reduction much as it did after the second world war. The plan now, to use an Americanism, is to put the pedal to the metal. If the US pandemic fades, and the economy reopens, US growth is likely to roar back, and with it talk of inflation.