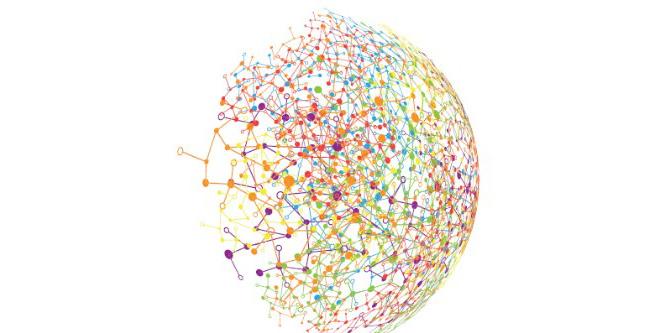 New year, new lockdown, new vaccines. Join our webinar on 14 January at 13:00 GMT where Ian Stewart and Karen Taylor will assess the effect of the new COVID-19 variant and the roll-out of vaccines on public health and the economy in 2021. We will also be joined by Ben Perkins, head of Insight & Marketing, Consumer, Deloitte to provide analysis on the latest consumer market data.
Register here: https://event.webcasts.com/starthere.jsp?ei=1365454&tp_key=8f4d835e66&sti=mmb

Rich countries normally fare better in health crises than lower-income countries, but not in this one. Wealthier, western nations have been the hardest hit. Death rates in Italy, Spain, the UK and Belgium have been around 500 times higher than in China, Vietnam or Thailand. The hope that, with experience and growing knowledge, societies would get better at containing the virus has not yet been realised. Despite improvements in treatment, testing, tracing and protective equipment, global case and death rates are higher now than ever. The emergence last month of the new UK/South African variant, which could be up to 70% more transmissible, has given the pandemic new impetus.

The implications of the new variant spreading are obvious and are already unfolding in the UK. More intense lockdowns are likely to be necessary to deliver a given level of containment. (The fact that in the UK levels of personal mobility are still higher than those seen in the first lockdown suggests that the public may not have got the message.) Restrictions will be necessary until some combination of widespread vaccine deployment and weather comes to the rescue in much of the industrialised world, probably around the middle of this year. This points to weaker global growth in the early months of 2021.

For countries, like the UK and the US, which are seeing a surge in new cases, the economic recovery is looking increasingly W shaped. The slump in activity in the first wave of the pandemic, last spring, was followed by a summer bounce which has given way to slower growth. In the light of the emergence of the new strain of the virus, and the national lockdown, we think the UK will now see a contraction in growth of 3.5% in the first quarter of this year.

An easing of restrictions, and a resumption of growth, depend on the speed of deployment, and efficacy, of vaccines. Predicting anything to do with the progress of this virus has been a risky business. But for forecasting purposes, and in the light of a strong start, we have assumed that the UK hits its target of vaccinating roughly 2m people each week. At that rate, around 15m people, principally over-70s and clinically extremely vulnerable people, would have received a first vaccination by early March. Because this demographic has accounted for about 90% of all UK deaths we anticipate some relaxation of the restrictions by March and a return to growth in the second quarter.

Even at a rate of 2m vaccinations a week the UK will not be able to provide a first vaccination to all of those in the high risk groups, including the over-50s and those with underlying health conditions, until July. As this milestone is reached over the summer we assume a more material easing of restrictions and strong, 9% rebound in activity in the third quarter and continued growth in the fourth quarter. By early 2022 the entire adult population of the UK would have received two doses of vaccine.

The belief that the 2021 recovery has been delayed, but not derailed, by rising case rates depends on a number of things going right. Most obviously the production and roll-out of the vaccines have to scale up. Investors surveyed by Deutsche Bank in December identified the emergence of vaccine- resistant strains, unexpected adverse side effects from vaccination and low vaccine take up as the three greatest risks to the outlook.

Aside from the virus other factors will determine the path of global activity this year. The deepest global downturn since the 1930s will leave a hangover. Unemployment and business insolvencies are almost certain to rise this year as the lagged effects of the recession weigh. The extension of restrictions needed to curb the virus will cause additional damage. 30% of UK businesses say they have less than three months of cash reserves left, rising to over 50% among restaurants and hotels. The accumulation of debt by businesses and emerging market economies and stretched valuations for equities, especially among US tech stocks, have created new vulnerabilities. History shows that recoveries from deep recessions have often been retarded by economic scarring, and the dislocation and loss of skills, connections and capacity inflicted during the downturn. And all of this in a global economy where, even before the crisis, productivity and growth were running at sub-par rates.

These factors seem likely to dampen the recovery this year, but not to stop it. In many respects this downturn is different from those of the last. The hyperactivism of governments and central banks in resisting the downturn has significantly limited the damage to jobs and businesses. Unemployment rates in Europe and the US, for instance, are well below levels reached in the far milder recession of 2008–09. The downturn is hitting consumer services, such as retail and hospitality, hard, but the capital-intensive manufacturing sector has bounced back, according to the Purchasing Managers survey. Global trade, too, has rebounded far more quickly than in the last recession. Low interest rates, buoyant assets prices and government support schemes have bolstered private sector balance sheets as government borrowing, and quantitative easing, have soared. Corporate cash holdings and consumer savings rates hit record levels last year. If the vaccine is able to stop the virus in its tracks pent-up demand should drive another snap back in activity.

Low inflation and cheap borrowing costs provide policymakers with every incentive to run easy policy until the recovery is entrenched. Last week’s victories for the Democrats in the Georgia run–off elections gives the Biden administration the balance of power in the Senate, increasing the odds of a further, substantial easing of US fiscal policy.

The threats to the recovery from economic scarring are real. But in some ways the pandemic is likely to accelerate productivity enhancing change. The downturn has led to rapid adjustment as organisations adapt to consuming, interacting and working at a distance. Home working, virtual GP consultations and contactless payments have soared. While this is partly about using technology, much of it well-established, but at least as much about changing established structures and practices. Much of the change is likely to outlast the pandemic. UK CFOs expect levels of home working to rise five-fold relative to pre-crisis levels, a shift that would constitute a revolution in the organisation of work. The gains from applying technology, and new ways of operating in sectors where productivity has tended to lag, such as education, medicine and retail, could be significant.

There are some positive signs on this front. UK CFOs have come into 2021 with a strong focus on investing in data, software, automation and digital technology. When the European Central Bank asked business leaders about the long-term impact of the pandemic on their own operations by far the most popular response was that it would raise productivity.

The pandemic seems likely to be a catalyst for lasting change in business and in society. It will overlap with, and be amplified by, the even greater long-term effects of action to address climate change. Like past energy transitions, the economic gains from new services and demands seem likely to outweigh the losses from the shrinkage of existing industries.

However you cut it the global outlook is uncertain and full of risks. Yet I cannot remember a start to the year where the contrast between the mood about the real economy, and sentiment in financial markets, has been so different. Global equity markets have risen by a remarkable 20% since early November, shrugging off rising COVID case rates, new lockdowns and the discovery of the new, more transmissible variant. For investors the arrival of effective vaccines puts recovery within reach. I am inclined to agree.