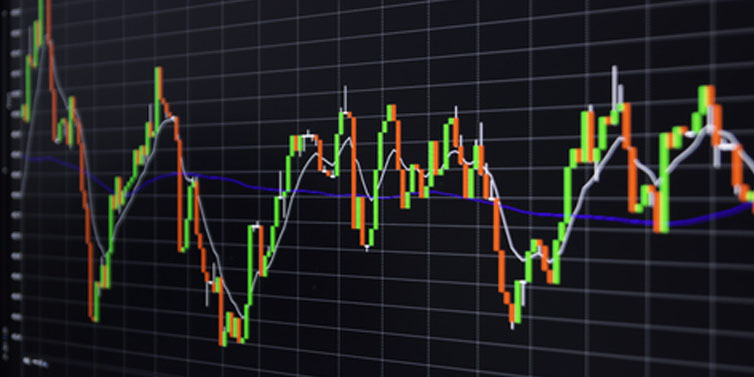 Strange though it might seem, amid the greatest economic downturn since the Depression, equities have soared. Markets had a dreadful start in 2020. The dawning realisation that the world faced a global pandemic triggered a crash, with global stocks losing a third of their value in the five weeks to 23 March. Since then, equities have staged a comeback, rising by 70% and shrugging off a rising death toll, the discovery of new, more contagious variants of the virus, further lockdowns, Brexit and America’s political turmoil. The world economy is significantly smaller today than it was a year ago, while global equity markets are 12% higher.

So why, late last March, on the verge of one of the largest downturns of modern times, did investors start to buy equities, and why have they continued to do so?

The answer lies in the aggressive response of governments and central banks to the pandemic. By cutting interest rates and undertaking more quantitative easing, central banks have poured liquidity into the system and boosted equity values. (A lower discount rate increases the present value of a future stream of dividend income and so raises equity values.) Massive government spending has supported jobs, incomes and companies, mitigating the damage to the economy from the recession. With governments and central banks apparently prepared to print money and borrow and spend without limit, growth, and profits, so investors reason, are bound to come back.

Between late March and late October of last year the equity recovery was powered by technology stocks, above all the US behemoths that make up the ‘FAANGs’. Since then the arrival of vaccines has brought recovery closer and shifted the equity rally from expensive tech stocks to cheaper cyclical stocks, those that benefit from growth, including commodities, retail and consumer discretionary sector stocks.

European equities, which had missed out on the largely US-based tech surge earlier, have been the biggest beneficiaries of the winter recovery. Stocks in the euro area have risen by a quarter since their October low. Peripheral European markets, which were worst hit in the first wave of the pandemic, have been the best performers, with Spanish, Greek and Italian stocks up by around 27% since October.

The elimination of the risk of a no-deal Brexit has boosted UK equities too which have risen by 22% since October, but have still not recovered their pandemic losses. Among major developed economies, the US, Japanese and German equity markets have risen above their pre-pandemic levels.

The oil and gas, travel and leisure, and other consumer-facing sectors have made outsize gains since October as investors have warmed to the idea of a rebound. The prospect of a sustained recovery reduces the risks for banks of margin-eroding negative interest rates and limits the scale of likely corporate insolvencies. US bank stocks have risen by 47% since October while shares in Portuguese and Greek banks, which suffered badly in the early part of the year, have almost doubled in value.

The technology sector has underperformed the broader market in the winter months. Facebook and Amazon are down by 6% and 1%, respectively, while Apple is up 16%. Pharmaceutical and biotech stocks have also underperformed, with COVID vaccine makers AstraZeneca down 6% and Pfizer up just 2% over the period. Moderna is a notable exception, with an 85% rise in share price.

Concerns over Beijing’s plans to curb the power of its tech firms sparked a November sell off in Chinese stocks. Despite having rallied in the new year, they remain 1% below their October levels.

Prospects of a gradual pickup in activity have boosted commodity prices. The S&P/Goldman Sachs commodity index is up 25% since October, driven by a 44% rise in the price of crude oil. Growing Chinese investment and strategic stockpile building have also supported iron ore prices and agricultural commodities, such as wheat and soybeans.

Safe-haven assets have lost some of their lustre, with gold down 2% over winter after hitting a record high earlier in the year. The yen and the Swiss franc, perceived as safer assets, have also lost ground against other currencies. In bond markets, government debt has underperformed riskier equities with US treasuries and UK gilts down 2%.

Among major currencies, the US dollar has appreciated recently as investors expect a Democrat-controlled Congress to deliver greater fiscal stimulus and a faster recovery. Sterling is also up 2% since October.

For those looking at alternative investments, Bitcoin has had a strong year as traditional institutional investors warmed to the cryptocurrency. It has seen a four-fold rise since the beginning of last year, hitting an all-time high this month and almost tripling in value since October.

Low interest rates, government support schemes and a lockdown focus on our living space have pushed up house prices in most major economies. House prices in the UK rose by 6% last year, in the US by over 8% and in Germany by 10%.

Last year a huge easing of monetary and fiscal policy helped equity markets shrug off a contraction in the global economy. Today the global equity market is at an all-time high with investors betting on mass vaccinations to reboot global growth. Markets, are, in short, banking on things to go right in 2021.