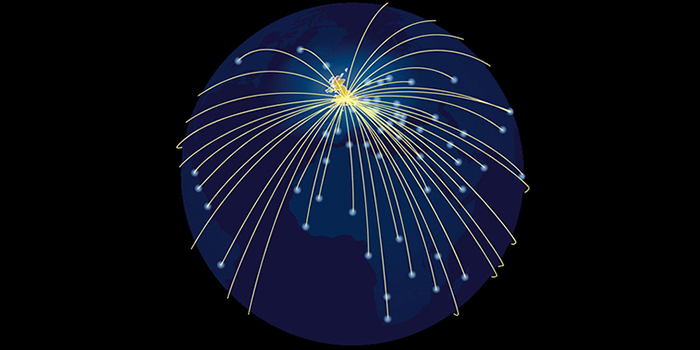 On Monday, 11 January, at 12:00 GMT I will be joined by Deloitte’s CEO for North and South Europe, Richard Houston, to discuss what 2021 holds for the global economy and for business. Register here: https://event.webcasts.com/starthere.jsp?ei=1407909&tp_key=ece03b000a

We start 2021 with some thoughts on the UK-EU Free Trade Agreement (FTA) announced on Christmas Eve, just seven days before the UK’s departure from the single market and the customs union.

For a straightforward and easy-to-navigate summary of the deal I’d recommend my colleagues’ analysis which has helped me get through a myriad of detail: https://www2.deloitte.com/uk/en/blog/brexit/2020/the-uk-eu-trade-deal-our-early-analysis.html

From an economic perspective four points stand out.

First, under the circumstances the UK-EU FTA, reached during a pandemic, to a tight timetable and with, at times, what seemed to be irreconcilable differences, is an achievement. The deal is broadly in line with precedent but, crucially, by providing for zero tariffs and zero quotas, goes further than other FTAs. The fact that the two sides reached an agreement provides a basis for more positive future cooperation than a possibly acrimonious no-deal outcome. There is very limited agreement on services, particularly financial services. Expected though it was this illustrates a wider point. Given the negotiating positions of the two side any deal was always going to involve significant new frictions and greater economic distance between the UK and the EU.

Second, a deal is good news for the UK economy. It brings long-awaited clarity for business and is a better outcome for the economy than the alternative of operating under the rules of the World Trade Organisation. Trade tariffs and quotas would have added immediate and unanticipated additional costs to trade. Without a deal sterling would have almost certainly fallen and inflation risen. In the event sterling rallied into the end of the year and the chairman of Tesco, John Allan, said that the effect of the deal would, “hardly be felt in terms of the prices that consumers are paying". The consensus view was that the failure to reach agreement would have significantly dented the expected rebound in growth this year. Our ‘no deal’ forecast for 2021 UK GDP was 1.3% lower than our current 4.4% forecast predicated on a deal. A deal substantially reduces Brexit-related uncertainties which have weighed on business investment and risk appetite since 2016. The deal may also offer some support to consumer sentiment too. A You Gov poll on 2 December found that those who expected a trade deal were outnumbered 2:1 by those who expected negotiations to fail. The announcement of the deal led to a jump from 24% to 37%, the largest yet, in the proportion of voters who think the UK is handling Brexit well.

Third, while the deal helps the immediate economic outlook it marks a step change towards a more distant, complex economic relationship with the EU. As Professor Anand Menon of King’s College put it, “On the spectrum of hard to soft Brexit, this agreement is located very much at the former end”. Leaving the single market and customs union and ending free movement introduces new frictions and costs in economic relations with the EU.

This has been inevitable since the Conservative victory in the 2019 General Election and is not news, but it is highly material for long-term growth. Extra paperwork and bureaucracy will mean more costs. HMRC, for instance, estimates that 215m new customs declarations will be required every year at an annual cost of £7bn. Lower migration from the EU directly would reduce headline GDP growth, though its impact on per capita GDP growth, a more important indicator of prosperity, is less clear cut. (High earning migrants contribute more to GDP per capita than those on lower pay.)

Most economic models assume that a more distant economic relationship with the EU will mean lower levels of inward investment and competition and reduced specialisation, and, therefore, lower long-term growth. Thirteen separate economic assessments of the impact on UK growth of operating under a free trade agreement showed an average reduction in the long-term level of GDP of 4.0%. The fact that some, much shorter-term Brexit risks have failed to materialise, such as the Treasury forecast that a vote to leave the EU would trigger a recession or estimates of large job losses in finance, underscores the speculative nature of even longer-term forecasts. Still, the mainstream thinking is that just as economic integration and trade support activity, so leaving the EU risks lowering the trajectory of UK growth.

Fourth, the UK-EU deal is not the end of the Brexit story. The EU has to make important decisions on data adequacy and financial equivalence that will have significant effects for the UK. Under the deal the UK will need to establish a new regime for monitoring subsidies and environmental enforcement. Both sides have the right to challenge the other on state aids and other ‘level playing field’ issues. Fishing will be back in the headlines in 2026 when the first annual UK-EU talks on quotas take place. Meanwhile May’s elections to the Scottish Parliament will be a test of the SNP’s dual commitment to an independence referendum and rejoining the EU. The pandemic and Brexit seem to have sharpened the government’s appetite for reform. The challenges are formidable – recovering activity lost in the pandemic, rebooting productivity, spreading prosperity across the UK and delivering a vast energy transition.

Brexit seems likely to fade from the headlines for now. The task of shaping a new economic model for the UK has just started.