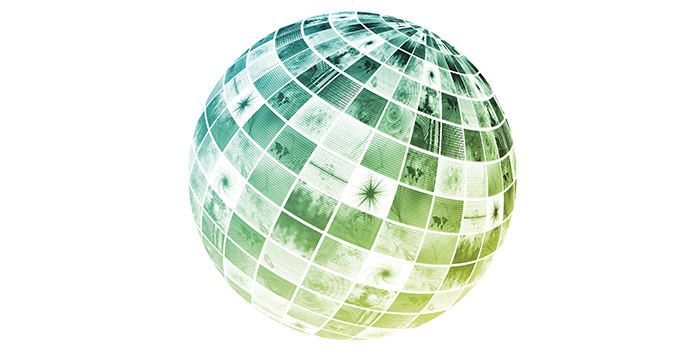 Join our next fortnightly COVID-19 webinar on Thursday, 19 November, at 13:00 GMT. We will examine how the pandemic has affected government, corporate and public focus on climate change. Register here: https://event.webcasts.com/starthere.jsp?ei=1365454&tp_key=8f4d835e66&sti=mmb

One of the little noticed, but profound consequences of the pandemic has been its impact on international migration. Migration flows into richer countries have fallen sharply this year. The OECD estimates that the number of new permanent residency permits granted across advanced economies fell by almost 50% in the first half of 2020.

The reversal is particularly striking in the UK. The UK has been a major net ‘importer’ of people in the last 25 years, with immigration running well ahead of emigration. When the data finally become available next year it is possible that in 2020, for the first time since the mid-1990s, net migration turned negative.

The UK economy and employers have become progressively more reliant on overseas-born workers. Before the pandemic they accounted for about 17% of the workforce.

The pandemic has made moving country a far less attractive proposition. Changing jobs, housing and country have become harder, and major companies are more cautious about moving staff. Uncertainty tends to keep people close to family and familiar support systems. The fact that the UK has suffered such a severe toll in terms of deaths, the economy and restrictions, sharpens these factors. So, too, does the prospect of higher unemployment. Immigrants are heavily represented in hospitality, transport and food services that have suffered disproportionately from the lockdown. (The director of Pret a Manger told a House of Lords Select Committee in 2017 that just 1 in 50 applicants for jobs at the company were British.) Britain’s unemployment rate, long one of the lowest in Europe, is likely to rise next year, probably above levels in countries such as Poland and Hungary that have been significant sources of labour supply for the UK economy.

Predating all of this is the effect of Brexit. Since the referendum in 2016 migration from the EU to the UK for work more than halved. Brexit was accompanied by a sharp, 17% fall in the value of the pound, eroding the overseas value of UK earnings for foreign workers.

Foreign-born workers are strongly represented among the highest earners in the UK. A recent study by Warwick University found that almost one in four of the top 1% of the UK income distribution, equating to pre-tax incomes in excess of £120,000, are migrants. Among the super high earners, the top 0.01%, more than one in three are migrants. Banking, consulting, medicine and fund management are among the most popular careers for these high earners.

The progressive nature of the tax system, with the top 1% of earners contributing 27% of all income tax revenues, means that this small group of overseas-born workers contributes disproportionately. The rapidly rising representation of overseas-born workers at the top of the UK income distribution, coupled with the growth in lower-skilled workers at the bottom of the distribution has contributed to widening inequality, leading the authors to claim that the UK is “importing inequality”. If the incomes of migrants are removed, the UK income distribution is less unequal and more similar to other European countries.

The strength of the UK economy will be a key determinant of future immigration as will a new immigration regime which comes into effect from 1 January 2021. It marks the end of freedom of movement between the EU and UK and means that, apart from Irish citizens, essentially the same immigration rules apply to all non-British citizens arriving in the UK to work, study or live.

This system will be significantly more restrictive for people from the EU who would have previously moved under freedom of movement but with lower skill and salary requirements for non-EU migrants. The rules are less stringent for shortage occupations and the NHS. A seasonal scheme for agricultural workers will be expanded.

Ensuring that the relatively small number of high earners who contribute disproportionally to UK GDP and tax revenues can maintain access to the UK ought to be relatively easy. Much harder judgements apply in the case of crucial, but lower paid work, for instance in the health and social care sector, where overseas-born workers play an important role.

PS: Last Thursday saw the UK report a worrying record number of daily new cases. Greater testing capacity and, perhaps, the pre-lockdown surge in social and retail activity have partly contributed to this short-lived spike, with new cases having dropped off since. The previous record was a similar short-lived spike seen in late October.

Relatively less timely, but more comprehensive, survey data from the Office for National Statistics (ONS) provide some reassurance. They show that the rate of increase in infections slowed in England and appeared to level off in some other nations of the UK, in the week up to 6 November. The King’s College COVID Symptom Study, which shows signs of a decline in new cases, also points in the same direction. Finally, the government’s Scientific Advisory Group for Emergencies (SAGE), also lowered its estimate of the COVID reproduction (R) number to between 1.0 and 1.2 last Friday.

PPS: Last week news of the efficacy of the Pfizer-BioNTech vaccine sent stock markets soaring and stoked hopes of economic recovery next year. Yet many uncertainties remain. The duration of protection, the vaccine’s effect on older people and on infectiousness have still to be established. UK health secretary Matt Hancock described rolling out the Pfizer-BioNTech vaccine as a "mammoth logistical operation". The vaccine needs to be transported at temperatures below -70C and requires two shots three weeks apart. There will be a limited number of doses available to each country (the UK should receive 10m doses this year, and a further 30m next, the highest on a per capita basis, and enough to immunise 20m people). Encouragingly, other vaccines are in late stage trials, including one from Oxford University and AstraZeneca, which is cheaper and does not require cold storage. It seems quite possible that by next spring a number of vaccines will be available. Once deployed the vaccine must win widespread public acceptance, a challenge in the world of antivax conspiracy stories. A recent YouGov survey found that 35% of Britons are uncertain or unlikely to take a COVID-19 vaccine. All of this suggests that it should be possible to vaccinate a significant proportion of the at- risk populations of the US and Europe next year, but it will take time.

This means restrictions on day-to-day activity will be needed over the winter months to keep the virus in check. But the development of the Pfizer-BioNTech vaccine adds weight to our assumption that more vulnerable cohorts of the UK population are likely to be vaccinated in the first half of next year, allowing for an easing of restrictions and a pick up in activity over the spring and the summer. The governor of the Bank of England, Andrew Bailey, said the Pfizer-BioNTech vaccine reduced some of the uncertainty around its growth forecasts, but rather than upgrade its outlook, the vaccine fits the Bank’s assumption of “a gradual and progressive improvement in [economic] conditions that would reflect a gradual advance of treatments”.

Last week’s announcement from Pfizer offers a powerful ray of hope as Europe and the US grapple with a resurgence in the virus. The knowledge of its arrival, and of other vaccines, could bolster consumer and business confidence. It may also embolden governments to sustain high levels of fiscal support in the knowledge that an end is in sight.