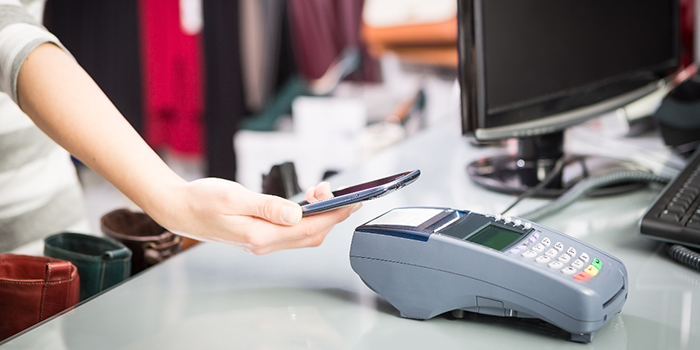 Join our next fortnightly COVID-19 webinar on Thursday, 22 October at 13:00, BST where we will cover public health and economic developments in China, Germany and the UK. Register for this and our upcoming webinars: https://event.webcasts.com/starthere.jsp?ei=1365454&tp_key=8f4d835e66

While the form that money takes has changed, none of these innovations have fundamentally changed the relationship between the issuers of money, central banks, and households. Central banks remain monopoly suppliers of currencies, managed through commercial banks. The banks, in turn, provide accounts, transaction services and access to credit and cash for households.

Today technology has the potential to change these relationships in ways that weaken the power of central banks.

Cryptocurrencies, such as Bitcoin or Ethereum, pose the most obvious threat. Yet fluctuating values mean that cryptocurrencies are today mainly used for speculation, rather than transactions.

A simple innovation could crack this problem. The value of so-called stablecoins are linked to a benchmark asset, generally an existing currency or a commodity. Pegging a cryptocurrency in this way could give the stability and credibility that is the essential characteristic of a traditional currency. Last year Facebook caused a stir when it announced a plan to create its own stablecoin, Libra, linked to the dollar and other currencies. The prospect of one of the world’s biggest tech companies moving into digital currencies unnerved central banks and provoked a barrage of criticism. Libra looked as if it could morph into every central banker’s nightmare – a credible, mass use private currency.

Controlling the price and quantity of money is a vital arm of economic policy and an expression of sovereignty. It is also a very profitable business and one no central bank would cede willingly. In the wake of concerns voiced by politicians and regulators Facebook has scaled back its initial plans.

Now central banks are going on the offensive against cryptocurrencies and stablecoins. Across the world most central banks, including the European Central Bank (ECB), Sweden’s Riksbank, and the People’s Bank of China, are exploring the creation of their own Central Bank Digital Currency (CBDC).

A CBDC could be a token-like digital instrument issued by central banks, direct to households and companies. As well as holding money with a commercial bank, an individual would have an account with the central bank. Unlike cryptocurrencies CBDCs have the advantage of being guaranteed by the central bank, and exchangeable for physical cash, with one unit of the e-currency worth one unit of physical currency. CBDCs would work alongside the physical currency and the electronic money operating through private networks which account for the bulk of transactions.

Central banks see CBDCs as a way of strengthening the role of sovereign currencies in an increasingly cashless world. Part of this is to offer an alternative to cryptocurrencies. And with the share of cash transactions shrinking central banks see CBDCs as a natural evolution. Earlier this month the ECB said that higher demand for electronic payments creates a greater need for a “risk-free digital means of payment”, which a CBDC could provide. Rather than leaving the private sector with a monopoly of electronic money, a CBDC would give households and businesses the ability to hold money, risk free, with the central bank and to use it for everyday payments.

A digital pound or dollar would also give policymakers a new channel for operating monetary policy directly with the private sector. In an age where policy is stretched, with interest rates close to or below zero, this has attractions. Central banks would be able to set interest rates on money in the accounts of households and businesses, rather than operating through commercial banks. In a crisis central banks could go further still, using the digital channel to extend loans or even give money directly to the private sector to stimulate demand.

Digital central bank currencies are a radical and untested idea. CBDCs could make it harder for commercial banks to attract deposits, hampering their role in allocating credit in the economy. A solely digital currency could, like today’s electronic transaction systems, be vulnerable to cyber-attacks or technology failure. Consumers might balk at the use of central bank currencies, seeing them as a prelude to the abolition of physical cash.

But even in a digital age that moment looks some way off. In the UK, 2.7m people, 5% of all adults, spread relatively evenly across all age groups, rely almost entirely on cash to make their day-to-day payments. COVID-19 has further reduced the volume of cash payments but it has stoked demand for cash. In the UK the value of physical currency in circulation has risen by 11% since the beginning of the crisis. When times are tough we like the comfort of cash.

CBDCs aim to achieve the best of all worlds – the convenience of new digital technologies, the regulated, reserve-backed money supply of the current banking system and physical cash. Money has always evolved. The next stage in that evolution is underway.

PS: The UK economy grew by 2.1% in August, below expectations and much slower than in June (9.1%) and July (6.4%). In a speech last month Monetary Policy Committee member Michael Saunders said the initial recovery had benefited from a “benign window” of low infection rates due to the lagged impact of the lockdown, pent up demand and significant fiscal support. That window looks to be closing as government support is reduced and more restrictions are imposed in regions where the number of infections is rising sharply. On Friday chancellor Rishi Sunak announced that employees who work for UK firms forced to shut by law because of coronavirus restrictions will receive 67% of their wages, starting in November and lasting for six months, paid for by the government. Despite this targeted response, we expect the pace of the recovery to continue to slow as we enter the final few months of the year due to tighter restrictions, lower levels of government support and Brexit uncertainty. Policymakers at the Treasury and at the Bank of England will be watching the data closely and might deem it necessary to act if the outlook worsens.