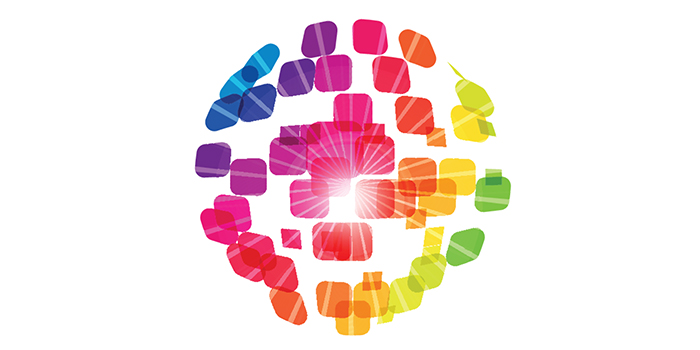 Future historians are likely to conclude that a phase of breakneck globalisation that started in the 1970s drew to an end in the wake of the financial crisis 12 years ago. They will surely see the 2020 pandemic as having dealt a further, heavy blow to globalisation.

Global trade has shrunk by almost 20% in the last year. The response to the pandemic has been largely national in character. Lockdown restrictions varied in timing and severity by country, stranding travellers and blocking cargo flows. Supply chains have faced bottlenecks as countries imposed travel and lockdown restrictions. Soaring demand for personal protective equipment (PPE) and COVID-19 tests resulted in a beggar-thy-neighbour scramble for supplies. Governments are borrowing on a grand scale to subsidise and protect domestic capacity in a way which, in normal times, would be seen as anti-competitive. Rising unemployment weakens the incentives for, and voter resistance to, migration.

Globalisation was in trouble well before the pandemic. During the 2010s cross-border flows of merchandise trade, investment and bank lending fell relative to the size of the global economy. Two historic and unexpected polls, the Brexit referendum and Donald Trump’s victory, highlighted voter anxieties about globalisation. The US-China trade war deepened the shift away from trade liberalisation towards protectionism.

COVID-19 has created new complexities and risks. These were captured in a recent New York Times report on the world’s largest bicycle manufacturer, Taiwan’s Giant. In 2018 Giant moved some production from China to Taiwan to avoid US and EU tariffs on China. Since then the pandemic has driven a surge in global demand for bicycles, prompting Giant to ramp up production in China, helped by a temporary suspension of US tariffs on China-made bicycles. The tariff suspension has now expired and Giant has to weigh buoyant demand for bicycles against the increased costs of exporting from China.

It has often been said that COVID-19 exposed the frailties created by the offshoring of production from the West and by long supply chains. But this is only part of the story, something illustrated by the global shortage of PPE at the height of the pandemic. It generated a synchronised global surge in demand for PPE. Had western countries had greater domestic capacity to manufacture PPE they, too, would have struggled to cope. The problem was less the location of production and more the synchronised nature of the demand shock.

Diversifying supply chains across countries actually helps improve resilience. Conversely, dependence on a handful of home producers can raise risks. For instance, the concentration of meat processing in a small number of US plants risked meat shortages when COVID-19 infections spread across several facilities.

For all the shock of empty shelves in supermarkets at the onset of lockdowns, global food and medicine supply chains proved resilient. Supplies of PPE, and testing kit, quickly ramped up. (In the UK the number of antigen tests carried out each day has risen from around 10,000 a day in late March to around 170,000 today. Testing capacity is almost twice this level.)

Offshoring and supply chain diversification are, in short, useful for us. In the light of the pandemic governments and organisations may want to build greater oversight and resilience into such arrangements. But it is hard to see a wholesale unwinding of this aspect of globalisation.

Yet in one important area, the relationship between the US and China, globalisation faces far greater challenges. Here we are seeing a distancing of the world’s two great economies.

The US-China trade war began in earnest with the Trump administration’s imposition of tariffs on Chinese imports in 2018. US concerns about China were more deep seated and longstanding, and are widely shared beyond the current administration. They cover everything from China’s growing military power to its approach to intellectual property and the rise of China’s technology giants. On most issues there is a gulf between the Trump administration and the campaign of Democratic candidate Joe Biden. Methods differ, but on China the Trump and Biden camps sound equally hawkish.

A new front in this conflict opened this year with the US seeking to reduce China’s access to western markets and technologies. The US has banned Huawei from providing equipment for its 5G network and sought to persuade its allies to follow suit. In a potentially disabling blow the US administration has acted to prevent semiconductors made with US technology or intellectual property being supplied to Huawei. Google has responded to the new rules by restricting Huawei’s access to Android. (In the UK Which? magazine last week warned that some Huawei handsets may not be able to receive future Android updates.)

The US has also ordered American firms to end all business with the Chinese tech companies WeChat and ByteDance, the company behind TikTok. The Trump administration has threatened TikTok’s US operations with closure on data security grounds, obliging ByteDance to look for a US buyer.

The spat creates a dilemma for third countries , faced with choosing between the US and China. Europe has drifted towards the US on Huawei’s involvement in 5G. Countries participating in China’s Belt and Road Initiative have tended to favour China.

Distancing there may be, but the US and Chinese economies are too large and mutually dependent for there to be a complete schism. China is the second biggest holder of US government debt after Japan. US investment in China increased by 6% in the first half of this year. The US remains China’s biggest export market and China depends on US semiconductor technology, a US-led global payments system and US financial networks. The US needs Chinese-manufactured smartphones, computers, household appliances, clothing, furniture and medical equipment.

And despite all the challenges, we can see continued evidence of globalisation. Global travel, parcel and data flows have risen sharply over the past decade. Cross-border trade in services has grown faster than the global economy. Trade liberalisation is not dead, with the EU trade agreements with Mercosur (Argentina, Brazil, Paraguay and Uruguay) and Japan expected to be finalised this year. Over the weekend the EU and the US agreed to eliminate or reduce tariffs on, among other things, US lobsters and European cigarette lighters, in the first tariff reduction between the two powers in 20 years. India is negotiating deals with the UK and US. OECD member states are negotiating new rules to harmonise corporate and digital tax practices.

Globalisation relies on a vast array of networks that are not easily changed and which benefit all participants. India has welcomed Apple manufacturing. Bulgaria and Croatia are advancing along the path towards euro adoption. The global payments network remains the bedrock for international commerce and trade. The US is seeking to reduce its reliance on China for rare earth metals, but finds that to do this it needs to cooperate with Australia, Canada and Japan to establish a rare earth supply chain that excludes China.

What does this new, more contested phase of globalisation mean for businesses? It is telling that the head of India-based TATA, a major UK employer, recently said that the UK will remain an attractive destination for investment after Brexit because global trade friction is the “new normal”. There will be a growing premium on understanding cross-border systems, working round blockages and being able to adjust operations as conditions change.

The high-water mark of globalisation was at the beginning of this century. In the wake of the collapse of the Soviet Union, with China joining the World Trade Organisation and the realisation of the single currency in Europe, globalisation looked set for endless growth. It seemed that as integration intensified the world was increasingly becoming a single market for business.

That seems a forlorn prospect now. Businesses must place greater weight on political risk, national security concerns, competing (and sometimes incompatible) regulatory regimes and external shocks like pandemics and climate change. This does not mean retrenching within national borders. But it does call for the ability to adapt to a more challenging and fluid environment.