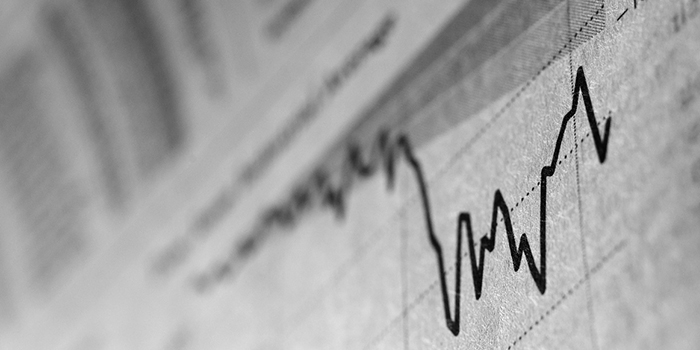 The speed and severity of the economic downturn has been far greater than the last recession, in 2008–09. The 0.1% contraction in the global economy in 2009 now looks like a pinprick by comparison with the International Monetary Fund’s forecast that world GDP will shrink by almost 5% this year.

Growth is coming back as the lockdown eases, and some of the economic data are looking V-shaped. Activity will rebound in the coming months fuelled by pent up demand and policy stimulus. But the pandemic has blown a big hole in the economy and it’s likely to be a long haul, probably a couple of years, for GDP to get back to pre-COVID levels.

Yet in one important respect the outlook today is better than it was in 2009. This time we have an economic crisis, but not a financial one. Financial markets have continued to function and measures of stress in financial markets are running at surprisingly low levels.

Things didn’t look this way in February and March. As the scale of the pandemic emerged equities and corporate bonds went into freefall. Some markets, notably the US treasury market, looked close to seizing up. In a ‘dash for cash’ investors were selling even the safest assets, including long-term government bonds. At times it felt like the very worst days of the financial crisis.

Massive policy stimulus, greater even than in 2008–09, helped stem the tide. Central banks deserve credit for the speed and scale of their response to the financial turmoil. Falling interest rates and quantitative easing have, as they’ve done before, boosted asset prices. Equity investors seem to have taken the view that the bad news from a huge shrinkage of the economy will be more than offset by massive monetary stimulus.

The US S&P 500 equity index has risen by almost 40% from its March low. Today it stands less than 10% below the all-time peak reached in February. Corporate bond spreads, a measure of financial risk for large businesses, are now lower than in 2008–09 or even during the euro crisis of 2012.

Remarkably, the latest reading for the St. Louis Federal Reserve’s financial stress index, based on 18 markets indicators, is close to normal. Implied volatility in equity markets, another widely watched measure of financial stress, though at elevated levels, is running well below previous peaks.

The problems of the banking system were at the heart of the last recession. But this time, with much-strengthened balance sheets and vast support from central banks, banks have played a significant role in countering the downturn. Bank lending to corporates has risen sharply, aided by central bank liquidity and guarantees. Regulations introduced in the wake of the financial crisis have strengthened banks’ balance sheets. Few institutions could have prepared for a pandemic. But since 2014 annual stress tests have sought to ensure that UK banks have the ability to manage even severe recessions and market turmoil.

Yet downturns on this scale cast long shadows. The financial system, and financial markets, are not out of the woods.

The disconnect between buoyant equity prices and the reality of a much reduced, debt-laden economy is unsettling. Activity is coming back, but corporate insolvencies are likely to rise and profits have further to fall. Some worry that the heady effect of low interest rates has blinded investors to the risks in the assets they own. The gap between equity markets and the real economy could narrow if activity picks up more quickly than expected. But the correction could also be driven by an abrupt fall in equities and other risk assets, fuelling financial stress.

The banking sector has coped well so far, but rising stress in the corporate sector and higher unemployment would inevitably mean losses on corporate and household loans.

The latest analysis by the Bank of England’s Financial Policy Committee offers reassurance on this front, suggesting UK banks are well placed to cope with future losses. The Committee’s stress test shows that the banks, with the backing of the government’s lending guarantee schemes, have the capital to withstand severe losses and to carry on lending to business.

The path of the recovery is full of uncertainties and financial markets have yet to feel the full effects of the downturn. In short, plenty could go wrong. Yet what was starting to look like a financial crisis in March has, so far, been avoided. Given the shock to the global economy that is something of an achievement.