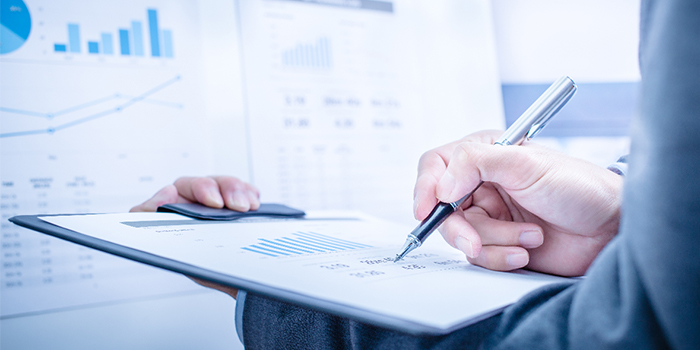 Governments in the West are spending and borrowing on a vast scale as they counter the effects of the pandemic. With investors eager to hold ‘safe’ assets, and central banks buying up bonds through quantitative easing (QE), there is no shortage of demand for government debt.

So far, so good. But in the long run could these policies fuel inflation?

At least on the evidence of the recent past this is unlikely. Inflation has fallen, not risen, since central banks undertook QE to counter the global financial crisis.

But, as economists Charles Goodhart and Manoj Pradhan have pointed out, today’s QE is subtly different. In 2008, increase in money supply generated by QE were largely counterbalanced by increased reserve requirements for banks – the extra money created remained on bank balance sheets, rather than feeding into the economy. This time, with the banks in a stronger position, the authorities are easing the rules governing bank reserves to encourage them to lend. That means that today’s QE is more likely to boost money supply. Indeed, money growth in the US and UK has already accelerated.

As yet financial markets are unperturbed. They see disinflation or outright deflation as the real risks. The collapse in the oil price and shrinking demand has sent inflation rates tumbling. Rising unemployment rates will dampen wage pressures. Deep recessions and the prospect of cautious, fragile recoveries spell underused resources and weak or falling prices.

If a rising money supply doesn’t fuel inflation where would it show up in the real economy? Some of it could go into asset prices. Global equity prices have risen by 27% since 21 March. And some of the increase in money supply may end up being held by households and corporates as a hedge against uncertainty as higher savings and cash balances. So more rapid growth in money supply need not necessarily translate into higher consumer price inflation.

Over the next couple of years the risks seem tilted to lower, not higher prices. Beyond that, and if growth starts to come back, the balance may start to shift. Greater confidence could cause households and corporates to run down cash balances. An erosion of spare capacity could start to put upward pressure on inflation. In the famous textbook phrase, too much money would be chasing too few goods. And it may also be the case, as Goodhart and Pradhan argue, that China’s deflationary role in the world economy, through cheap exports, is coming to an end.

These factors only hint at longer-term inflation risks. But there is another, more profound concern. In the post-COVID era some argue that governments may come to see inflation as the solution to high levels of public debt. Rather than have taxpayers or the users of public services bearing the burden of austerity, savers would take the pain, with inflation whittling away the value of savings and eroding the burden of public debt.

In the 1980s and 1990s governments made central banks independent and gave them mandates to conquer inflation. Now deflation and government debt are the looming problems. That has caused some to speculate that governments could try to regain control of central banks to raise inflation and maintain cheap money. In essence, the political imperative would be to create, rather than suppress inflation.

The sort of double-digit inflation seen in the 1970s would certainly not be politically popular. And I rather doubt savers – and most of us are savers in one form or another – would remain mute in the face of even slightly higher inflation. Austerity isn’t politically easy, but nor is running high inflation.

Much ink has been spilt on the question of when QE turns into monetary financing, or pure money printing – of central banks creating money directly to finance government expenditure. This policy created the great inflation seen in Weimar Germany and Zimbabwe.

The distinction between QE and money printing is complex and not clear cut. It is true that the Bank of England owns about a quarter of all UK government debt and is likely, through its current QE programme, to finance around half of all extra government spending. But the Bank of England, like the US Fed and the European Central Bank, is also operationally independent and has an inflation target. My sense is that this offers the best way of mobilising QE in support of growth while guarding against the risk of inflation further out.

For now our problem is insufficient activity and falling prices. In the euro area and the UK inflation is way below target rates. Central banks and governments are leaning hard against the downturn, and they need to. Inflation, if it comes, is tomorrow’s problem.