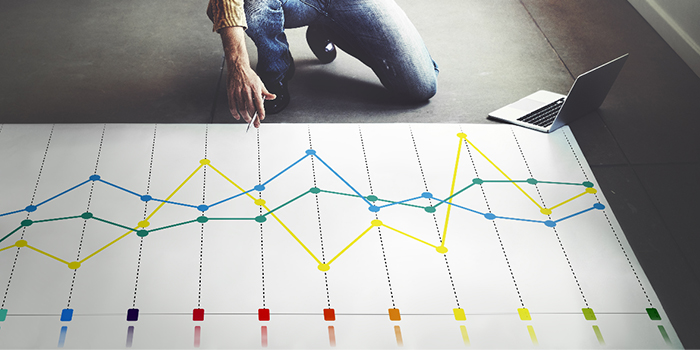 The spread of Covid-19 represents a serious threat to the global economy. The shock to demand, output and supply chains is likely to be significant. The stampede by investors out of equities and into the ‘safe haven’ of government bonds and gold in the last fortnight testifies to the growing nervousness. Policymakers want to ensure that the inevitable hit to economic activity is shallow and short-lived. To do so they will need to prevent a hit to growth turning into a liquidity crisis, in which businesses, banks and households run out of cash.

With inflation at low levels and the risks to growth mounting, the incentives for policymakers are to move aggressively and with wide-ranging measures. Policy is likely to become more experimental. The weapons in this crisis, like those deployed in the financial crisis, will be a mix of the general and the targeted, the latter reflecting the differing effects across sectors and by size and type of firm. The financial crisis demonstrated that for maximum effect the policy response should be coordinated across finance ministries and central banks.

Global monetary policy is shifting to ease. China’s central bank was the first to cut interest rates, but others, including those in Canada, Australia and Malaysia have followed suit. The US Federal Reserve demonstrated its determination to support growth with a 0.5-percentage-point rate cut which took place outside the normal meeting schedule – an action that was last seen in the financial crisis. Markets are assuming the US will cut further and that the UK will follow.

In the euro area, where interest rates are already negative, the value of further rate cuts is more debatable. The European Central Bank could respond by expanding its programme of quantitative easing to bolster asset prices, drive down market interest rates and increase liquidity. Doubts about the effectiveness of rate cuts from current, low levels, means that other countries may both cut rates and undertake quantitative easing.

Lower interest rates and asset purchases do not guarantee an increased flow of bank credit to businesses and consumers. This requires a more targeted approach. China’s central bank has offered cheap credit to banks contingent on their lending it on to the private sector. During the financial crisis a number of countries used similar measures and these, too, may be revived. Controls on bank lending and balance sheets, so-called macro prudential policy, could be eased to encourage more lending.

The financial crisis demonstrated that cash was king. Today the hit to salaries and corporate revenues from Covid-19 threatens a cash crunch. This is where monetary and fiscal policy need to work together.

Last week the incoming governor of the Bank of England, Andrew Bailey, said that the authorities would probably have to provide bridging finance to assist small businesses. In 2008 the UK cut VAT rates temporarily to help corporate cash flow and the Fed encouraged banks to restructure loans for borrowers facing temporary liquidity problems. In this week’s UK budget the chancellor could offer to delay tax bills for distressed firms or introduce schemes to support bank lending. Last week the government extended statutory sick pay so it is now available from the first, rather than the fourth day, for those who are ‘self-isolating’. Further support for those unable to work as a result of Covid-19 could be seen in the budget.

Yet no amount of liquidity and cash will fully counter the impact of consumers staying at home, workplaces staying closed and firms cancelling spending plans. This is an area where fiscal policy can play a role. Healthcare spending is surging across the world and many governments are using fiscal policy to deliver a wider boost. China has increased funding for regions affected by the virus and made targeted tax cuts. The US House of Representatives last week authorised emergency support for small businesses. South Korea is offering tax breaks and rent subsidies to prop up household incomes. Hong Kong’s government is giving each adult permanent resident just under $1,300 in cash and is cutting payroll taxes for 2m workers.

An apparently insatiable market appetite for government debt, and the resulting ultra-low borrowing costs, mean that governments will have no problems financing extra spending. Despite a doubling of UK government debt relative to GDP since 2007, borrowing costs have sunk to all-time lows. Interest payments on the stock of government debt are, by historical standards, low relative to total spending. In today’s exceptional circumstances the chancellor might reasonably choose to suspend, or soften, the fiscal rules which limit debt-funded spending in Wednesday’s budget. This would provide the headroom for more spending on public services, salaries, support for industry, benefits and tax cuts.

None of the many measures described above can prevent Covid-19 from hitting growth. Significant disruption is happening and more is inevitable. The OECD has cut its global GDP growth forecast for 2020 from 3.0% in November to 2.4% in response to the crisis. In a more severe scenario growth would fall to just 1.5%. UK growth is forecast at 0.8% this year, down from 1.3% in 2019, and would be lower in the OECD’s more severe scenario.

The question is whether the authorities act on a scale sufficient to prevent the first-round hit to growth developing into a wider, and more protracted, financial and credit crunch. That could spell a more severe downturn. We see three positive signs.

First, the scale of the threat is creating a consensus for an aggressive response. Bailing out banks and pumping up asset prices in response to the financial crisis was controversial; keeping lending going and supporting peoples’ incomes during an epidemic is much less so. The risks in terms of human health and to the economy of doing too little are far greater than the risks of doing too much. Voters are unlikely to treat politicians and policymakers who get this wrong indulgently. The incentives for policymakers are to throw everything at this. As the UK chancellor, Rishi Sunak, said yesterday, the response to the virus will be “at scale”.

Second, contrary to what is sometimes said, policymakers have not ‘run out of bullets’. Governments could borrow to spend on an enormous scale. Interest rates are low, but, as the euro crisis demonstrated, central banks have plenty of other tools at their disposal to boost lending, liquidity and confidence. Deployed imaginatively and in coordination, fiscal and monetary policy remain powerful. The experience of countering the global financial crisis, and the resulting institutional and regulatory architecture, mean we are better -placed to navigate today’s challenges.

Third, economies, especially advanced ones, tend to be resilient and adaptable. The evidence from earlier epidemics and from natural disasters and terrorist attacks is that after the initial shock activity comes back. In time people and organisations find their way round problems. The last 12 years have given businesses and government considerable experience in managing volatility and uncertainty. A decade of tight regulation and debt -reduction have, according to the Bank of England, put UK banks in a good position to manage economic shocks. UK corporates are also running significantly lower levels of debt as a share of GDP than in 2007 and, collectively, cash holdings are at record levels.

Agreed, it’s not hard to spot areas of vulnerability. Debt levels have risen sharply in some areas of the corporate sector. Many households would struggle to manage a few weeks’ interruption to earnings. The leisure, travel and hospitality sectors are in the eye of this storm. Small firms are generally frailer than larger ones with varied operations and big balance sheets.

The policy response will need to identify such risks, and forestall them. It will be a tricky balance maintaining the liquidity of sound businesses without supporting the unviable. The authorities won’t get it right every time. But this crisis will be solved, as happened in the financial crisis, by the public sector taking more of the strain as private-sector activity is disrupted. That is likely to mean more government borrowing and an expansion of central bank balance sheets.

We’re in for a temporary bout of volatility and weaker activity. But the policy response is coming, and it is likely to be big. That provides the best way of stopping a health emergency turning into an economic crisis.