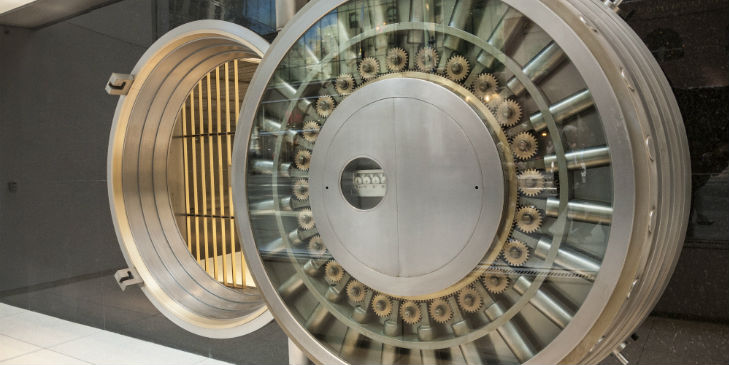 The global economy has faced one its periodic growth scares in the last few months. All the classic signs are present. Equities have slumped, business confidence is slipping and economists have cut their expectations for growth and inflation for most countries.

Pressure on policymakers to "do something" has mounted. But so, too, have concerns that policy stimulus is becoming increasingly ineffective and that, as the Economist front page put it a couple of weeks ago, policymakers are "Out of ammo".

Last week the European Central Bank sought to convince markets that it has plenty of ammo and new weapons with which to deploy them. In policy terms last week's ECB announcement was a "super bazooka".

The ECB has turned up the volume of its existing programme of money printing, or Quantitative Easing, raising the amount of assets it buys each month from €60 to €80 billion euros.

But what makes last week's announcement different are the targeted measures designed to increase bank lending.

The ECB has extended its QE programme to buy corporate as well as government bonds, a move designed to make it easier for companies to raise funds themselves through the bond market.

The Bank also reduced the rate of interest it pays on deposits further into negative territory a move which, in theory, ought to boost lending, much as a reduction in positive interest rates would. But when interest rates turn negative, banks' income from central bank reserves and lending to the private sector contracts. To compensate banks need to pass on negative rates to depositors. But  faced with the prospect of paying to deposit their money with a bank, households and companies are likely to opt to hold physical cash instead (just imagine the boom in sales of safes). A flight of money out of the banks would erode their ability to lend, creating a credit crunch.

Despite their theoretical attraction, in practice negative interest rates are problematic.

Mindful of such effects, last week's ECB package cleverly offset the effect of negative interest rates on banks' profits by providing long term funding for banks at low or even negative rates.

The ECB deployed its 'super bazooka' in response to fears that growth is flagging and deflation risks are mounting. Manufacturing and business confidence in the euro area have fallen back in recent months, in part due to worries about global growth. Euro area headline inflation turned negative in February, its lowest reading in a year. While low oil and commodity prices explain much of this fall, core inflation, which strips out the effect of food and energy, has been on a downward trajectory too and is now at just 0.7%, well below the ECB's 2% target.

Last week's ECB policy measures do not change the external risks facing the euro area.  But they have a decent chance of boosting competitiveness and domestic demand.

For all the gloom about the dimishing power of monetary policy, previous rounds of ECB policy easing have made themselves felt, not least by weakening the euro.  The existing programme of QE, which was beefed up last week, has been running for a year and has worked its way through the system. The ECB's bank lending survey shows that euro area banks have eased credit standards for corporates over the last year and demand for credit from consumers and corporates has rebounded since the summer of 2014. Interest rates on consumer credit loans have decreased across major European economies since then. Lending to non-financial corporations has picked up recently, after two and a half years of contraction. Last week's super bazooka should reinforce all these positive trends.

Nor is demand in the euro area flat on its back. While growth in exports and manufacturing have flagged, the consumer side of the euro area economy is in pretty good shape. Low inflation and falling unemployment are boosting spending power and borrowing costs are low. Car sales in the region have risen by 9.8% in the last year, the faster rate in a quarter of a century. And the willingness of consumers to make "big ticket" purchases, such as furniture, computers and TVs, is at a 15-year high.

What happens if the current set of policy measures proves insufficient?

The first step would be for the ECB to do more of the same – increasing the volume of QE and widening the range of assets that could be purchased under the scheme.

Much more radical would be to use so called 'helicopter money'. As with Quantitative Easing, the central bank creates money, but instead of it going into the financial sector, in an attempt to raise lending and asset prices, the money is given to the public. Milton Friedman, the monetary economist, powerfully illustrated the process through the metaphor of a central bank pushing money out of a helicopter onto the population below. In practice the means of delivery would be more prosaic, perhaps with each household sent a cheque by the government.

Another radical option canvassed by, among others, Jeremy Corbyn, the Leader of the UK Labour Party, is 'People's Quantitative Easing'. Once again, the central bank will create money, but this time the funds are used to finance public sector infrastructure projects. Proponents of Peoples' QE argue that it is superior to helicopter money because it finances the construction of productive assets, such as bridges and roads, rather than consumer spending. Detractors charge the policy would be end up being poured into white elephant schemes and would stoke inflation risks.

The ECB is long away from deploying helicopter money or peoples' QE. But last week the Bank showed it still has ammunition and new weapons, and is prepared to use them.

P.S. We have often commented on the slowdown in global trade that has occurred since the financial crisis. Further confirmation of the scale of that slowdown came last week with the announcement that Chinese exports fell by 25.4% in the year to February.