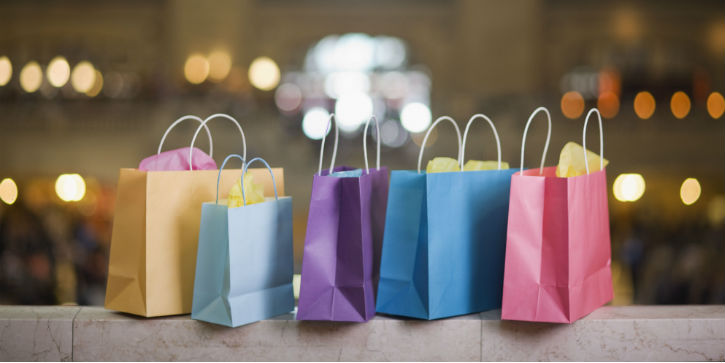 Last week 2,833 delegates from across China met in Beijing for the annual National People's Congress. Less than a mile away a smaller gathering took place, as Deloitte economists from around the world met for Deloitte's Global Economics Forum.

One of the messages to come out of the Deloitte Forum is that manufacturing, exports and investment are under pressure across the world.

The hard numbers bear this out. Manufacturing activity is shrinking in the US and China, the world's two largest economies. Output is still rising in the euro area, but at the slowest pace in a year. Britain's manufacturing sector is back in recession.

Part of the problem is lacklustre global demand for manufactured products, particularly in emerging market economies. This has contributed to a slowdown in trade, one of the pre-crisis drivers of global growth. The value of global goods exports last year fell by 13.8% in dollar terms, the first contraction since 2009. You get a sense of how tough things are that the Baltic Freight Dry Index – a benchmark measure of the cost of shipping goods – is at all-time lows. America's exporters, faced with a sharp appreciation of the dollar, have faced particular problems.

Add in rising macroeconomic uncertainty and tougher financial conditions, it is not surprising that corporates have become more wary of raising investment spending. The capex slowdown has been exacerbated by collapsing investment in commodity-related sectors, especially in the US, where energy and mining have accounted for roughly half of all non-financial investment in recent years.

In the case of China what came over during my visit was the scale of the excess capacity in the industrial sector. In recent years a boom in investment spending, fueled by cheap and easy money, has created new capacity for which there is simply no conceivable demand. The Chinese government has targeted the elimination of excess capacity as a key priority for this year – and last week announced plans to lay off 1.8 million workers in the coal and steel sector. The glory days of China's investment boom are well and truly over.

And yet for me the big conclusion from last week's meeting in Beijing was that, despite the storm clouds, the world economy should keep growing this year. None of my colleagues, in the US, China, India, Europe, Japan or Australia, anticipate a sharp slowdown in GDP growth in their region this year. All expect consumer spending, the dominant element in GDP everywhere, to hold up.

UK growth has looked more consumption-dependent for a while, but I had not realised the extent to which the same holds true for other countries. Pretty much across the Deloitte network the thinking is that low interest rates, low inflation and falling unemployment will keep consumers spending. Given that the consumer accounts of about 60% of GDP in the rich countries that should be enough to sustain global growth around about last year's levels.

The assumption I and my economist colleagues across the world are making is that weakness in the financial sector and in industrial activity will not be sufficiently severe to knock consumer spending.

So far the hard data suggest that the consumer has decoupled from weakness in the industrial sector and in financial markets. In China, now the world's largest consumer economy, the authorities are seeking to shift growth from investment and exports to consumer spending. They are having some success. In the last year car sales have risen 18% and residential property sales in the top 30 cities are up 20%. German consumers seem to have shrugged off the effects of Europe's migrant crisis, with consumer confidence rising in February on growing optimism about incomes and an increasing willingness to spend on "big ticket" items. US car sales have risen by almost 11% in the last year and retail activity remains buoyant.

So what might derail the global consumer? Probably the greatest risk is that weakness in manufacturing and capital spending jumps across to the consumer sector through a squeeze on wages and jobs.

Jobs certainly are disappearing in the energy sector, but the gains elsewhere, as America's buoyant labour numbers testify, are more than offsetting such effects. Job losses in China's state-owned industrial sector, though large in absolute terms, are small in a workforce of 750 million and where more than half of the economy is accounted for by services.

With manufacturing and trade under pressure globally, and the Chinese authorities engineering a slowdown in investment spending, the only game in town is consumer spending. I came away from last week's gathering in Beijing acutely conscious of the world's dependence on it.