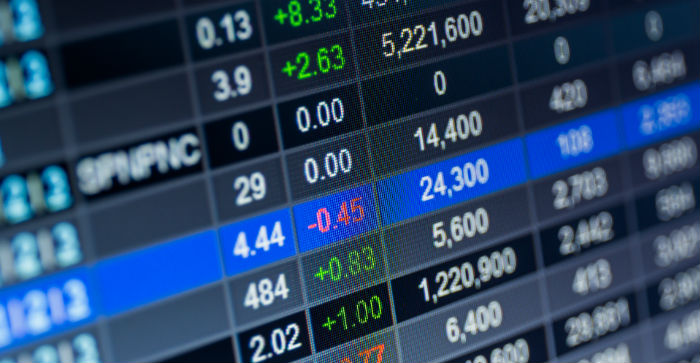 Financial markets offer valuable insight into the health of the global economy. Although fallible, they provide useful signals on investor sentiment and on expectations for changes in valuations.

Here is our assessment of recent asset market developments.

Investors have been moving money from riskier, growth-dependent assets to safer, low return assets which cope better with weak or falling growth. Money flows demonstrate that major investors are, once again, fearful that growth may falter and that deflationary risks are rising. Economies and assets that are seen as most at risk are those in countries with fragile prospects or where growth prospects appear to have deteriorated the most.

Chinese equities have taken a beating, down 24% since late October, and have been the source of much volatility this year. Concerns about a Chinese 'hard landing' centre on high levels of bad loans in the banking sector and excess capacity in a number of important industries.

Worries over slowing growth in other emerging markets have further affected emerging market equities, which saw a larger outflow of capital in 2015 than during the financial crisis. In addition, falling commodity prices have affected the Brazilian and Russian markets which are down by a fifth since last February. Emerging market currencies have also seen significant depreciations, notably the Russian rouble down roughly by a half and the South African rand by a quarter against the dollar since the beginning of last year.

Greece has been the worst performing major equity market, down 50% since late October. Its economy remains in a parlous state and there is no certainty that official creditors, such as the IMF and the EU, will continue to support the government's finances. Among other nations in peripheral Europe, Italian and Spanish equities have also seen big sell offs, underperforming the euro area as a whole. French and German equities prices are also down, in line with the 12% overall decline in euro area equities. Relative to the emerging markets and the euro area, losses in British and American equities have been less severe.

These financial market movements have coincided with downgrades to growth forecasts for several commodity-producing emerging economies and China, indicating greater pessimism over their economic prospects. A spate of weak economic data have also resulted in downgrades to US growth forecasts, leading to concerns over the sustainability of the US recovery. Indeed, the latest survey of fund managers by Bank of America Merrill Lynch shows that investors are now more concerned over a potential recession in the US than slowing growth in China.

Commodities and commodity-related equities, such as oil & gas and mining companies, have underperformed the wider market. Oil and energy prices are down by a quarter since last October and commodities are down 16%. Meanwhile, defensive sectors such as utilities, which are seen as safe investments, have rallied in the US since October.

Investors seem to be rotating from risky to safe assets such as government bonds, gold and the dollar. Government bonds have outperformed equities, rallying in the UK, US and euro area this year. They have also outperformed riskier corporate bonds. In another sign of rising risk aversion, the price of gold is on the rise, up 17% so far this year.

In currency markets, the dollar is up 22% from its trough in late 2014, initially due to the strength of the US economy and now as a safe haven asset. By contrast, the euro and the sterling have depreciated over the last 12 months.

The combination of this retreat from risk assets and softer economic data is likely to be seen as warranting easier monetary policy. This is already reflected in talk of further quantitative easing in the euro area while the US Fed pushes back the timing of its next rate hike. Meanwhile, the Bank of Japan and the Swiss National Bank have lowered their interest rates into negative territory. Significant dips in asset prices in the last 8 years have presaged attempts by central banks and governments to boost demand and risk appetite. This time is unlikely to be different.