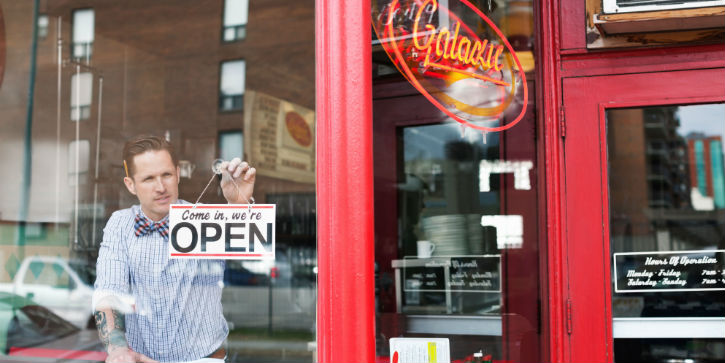 One of the impressive features of the UK's economic recovery from the financial crisis has been its success in creating jobs.

This has occurred despite a huge squeeze on public sector jobs, which, in 2010, accounted for a fifth of all employment. Over the last five years strong growth in private-sector jobs has more than offset job losses in the public sector, pushing total employment to a record high of 31.2 million.

Today, within the European Union, only Germany, the Czech Republic and Malta have lower levels of unemployment than the UK.

The composition of the labour force has changed significantly in recent years, becoming older, more diverse and increasingly concentrated in the private-sector.

Higher life expectancy and decreasing birth rates have resulted in an ageing UK population. A squeeze on pension provision and improved health among the over 50s means that more people are retiring later. In the last five years participation of the over 50s in the labour force has risen far faster than for any other age group.

At the same time, globalisation, EU enlargement and greater labour mobility have increased the share of foreign-born workers in the UK, up from 8% at the turn of the century to 16% now. 40% of the jobs created since 2010 have gone to non-UK EU nationals and a further 20% to non-EU nationals.

The flexibility of the UK labour market has helped keep more people in work during the downturn and in its aftermath. In the early years of the recovery, part-time work was a major driver of job growth. More recently there has been a trend towards self-employment. Just under half of all jobs created since 2010 are either part-time or in self-employment.

The rise in these forms of employment partly reflects the difficulty of finding a full-time job in the aftermath of the financial crisis. Yet the trend towards greater part-time work and self-employment predate the financial crisis, suggesting a shift in people's preferences, especially as more women and older people enter the workforce. Almost 70% of part timers say they do not want a full-time job. Meanwhile, self-employment has risen steadily over the last 11 years and is increasingly popular among older workers.

Until recently the flaw in this rosy narrative was the weakness of wages. Those in work experienced a decline in real incomes between 2008 and 2014 – the sharpest and most prolonged squeeze on spending power since the Victorian age.

But in the last year falling unemployment has reignited wage growth, with earnings now rising at the fastest rate in eight years. The number of people switching jobs, a measure of labour market tightness, has risen to its highest level since 2008.

Challenges remain, not least in terms of high rates of long-term and youth unemployment. Yet all too often in economics we are inclined to see problems and ignore the things that go right. The UK's record in creating jobs and getting people into work in recent years stands as a very significant success.