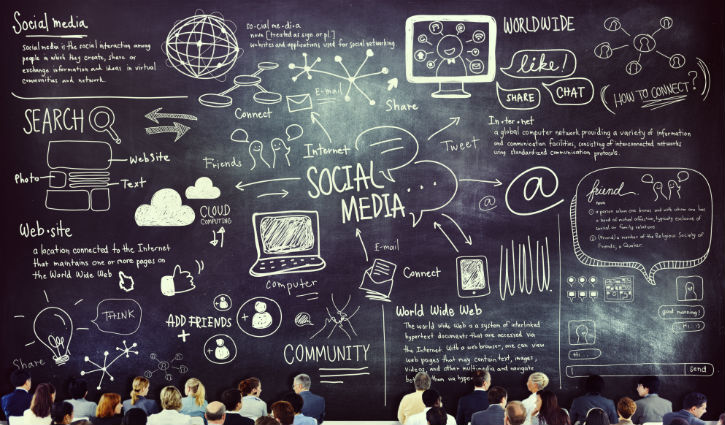 It's not hard to think of ways in which technology has changed society over the last couple of decades. Innovations such as on-line shopping, Smartphones and tablets have fundamentally altered our everyday lives.

Yet such technologies appear to have done little to raise productivity growth and GDP growth. This is in marked contrast to previous waves of technology, such as the application of steam power and electrical power, which lifted recorded rates of GDP growth.

Growth rates are, of course, a product of numerous factors, of which technology is but one. But it is striking that growth in the richest nations of the world, those where new technology takes root first, has slowed in the last 25 years.

This gap between apparently transformational technologies and uninspiring growth rates is not new. In 1987 the US economist and Nobel laureate, Robert Solow, famously observed that, "You can see the computer age everywhere but in the productivity statistics".

One explanation is that the data are right and that today's technologies have indeed failed to raise growth rates. This case is made by another US Nobel Laureate, Robert Gordon. He argues that past innovations, such as indoor plumbing, antibiotics and the internal combustion engine, transformed society and human welfare. By comparison the likes of apps, tablets and 4G are, to Gordon, small beer.

A more optimistic interpretation is that today's technologies are raising welfare, but in ways that are poorly measured by the conventional yardsticks of productivity and GDP.

GDP is based on measuring monetary transactions. This helps capture the benefits of purchases of goods and services. But many of today's technologies are, in part or in full, free, paid for through advertising or by patient shareholders or created by other users. GDP struggles to incorporate the value to consumers of products such as Google or Wikipedia.

Consumers have always sought out products or services which give them the maximum benefit, or utility, for the minimum cost. The gap between the benefit we derive and the price we pay is known as the consumer surplus. And every rational consumer wants to maximise it.

But the measurement problem has become more acute as the information revolution creates more free or nearly free services. The effect on GDP of buying such services is zero or small, but the effect on the consumer surplus, and welfare, is far greater. New technology means that the gap between measured GDP and human welfare is widening.

It is not hard to think of services that have become an integral part of the lives of tens millions of people which are either free or almost free. Facebook, TripAdvisor, Google, Whatsapp, Google Maps and You Tube attract huge volumes of traffic. Then there are paid-for services which have always existed, but are now delivered through the internet. The consumer experience of shopping, banking and travel have been greatly improved by the internet, and at little cost to the consumer.

One way of measuring the consumer surplus is to ask people how much they would willing to pay for such services.

Researchers at the University of Michigan found that they saved 15 minutes by using the internet compared to the university library to answer a list of specific questions. Assigning a monetary value to these time savings Google's Chief Economist, Hal Varian, estimated that the search feature of the internet generates a consumer surplus in the US of $65-130 billion a year. This is likely to significantly underestimate the true level of saving because in this experiment the internet was compared with a university library – an asset that few consumers can access.

Another approach is to estimate the time people spend on the internet. The reasoning runs that if I choose to spend an evening searching the web it demonstrates that I prefer this activity to all others available to me. Using this approach Erik Brynjolfsson and Joo Hee Oh at MIT estimated America's consumer surplus from the internet at $564bn in 2011. Inclusion of this surplus in America's GDP numbers would have boosted annual growth by a sizeable 0.4 percentage points – equivalent to a 15% uplift in trend growth.

In measuring the overall welfare effects of the internet there are losses as well as gains to be accounted for. Just like earlier, beneficial technologies, the internet has also brought with it new challenges and problems. The huge amount of time we spend on line contributes to a more sedentary lifestyle, just as TV did for earlier generations. On-line shopping has made consumers' lives easier, but recent Bank of England research suggests that, by creating a new, labour intensive area of activity for retailers, it has slowed productivity growth in the retail sector. Consumers have prospered, but the internet is intensifying costs and competition for retailers.

By and large technology tends to bring surer benefits to consumers than to producers. Fortunes are made in selling transformational technologies, but we often forget they are lost too. A good proportion of the great innovators of one decade are the loss makers and takeover targets of the next.

What is clear is that in the information age GDP is fast losing its effectiveness as a measure of human welfare.