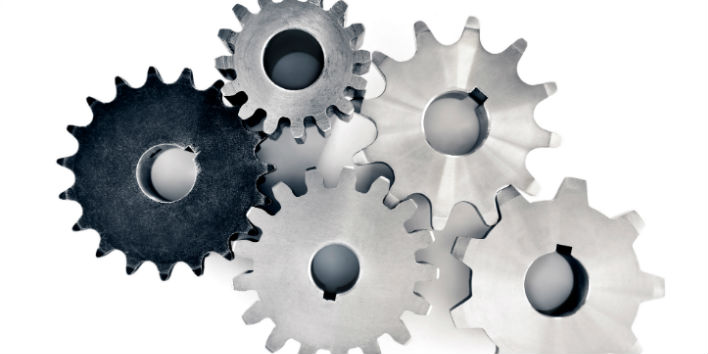 We start the Monday Briefing this week with a question - which of the following countries will, according to the International Monetary Fund, have the highest level of government borrowing this year, expressed as a share of GDP: France, Italy, the UK, Ireland or Greece?

The answer is the UK.

The IMF reckons that the UK's budget deficit will come in at 5.3% of GDP this year. In Europe, only Spain has a bigger deficit. Markets have worried a lot about public sector indebtedness in the euro area in recent years, but the ratio of borrowing to GDP in France, Italy and Greece this year is likely to be around half UK levels.

Public borrowing rose across the industrialised world in 2008 and 2009 as government countered the impact of the downturn with increased public spending and, in some cases, tax cuts. Weak growth hit government revenues and forced up welfare spending, causing further upward pressure on public borrowing.

Public sector deficits have been falling as a share of GDP in most countries since 2009.

Small nations which endured deep financial crises have been most aggressive in cutting public borrowing. Greece, Iceland, Ireland, Portugal and Latvia top the league table of deficit reduction since 2009. The US and UK also cut borrowing aggressively. But both, ironically, now have deficits which exceed those of Greece, Ireland and Iceland.

The best way of shrinking public deficits is to grow the economy. Yet while the UK has easily outpaced its peers this year progress in reducing the deficit has gone into reverse. In the first seven months of the 2014/15 financial year the deficit was 6% higher than in the same period a year earlier. The official forecast for a 12% reduction in the deficit in 2014/15 looks unattainable.

The long squeeze on public expenditure is actually on track. The problem is that tax revenues have lagged well behind expectations. Several factors are at work.

Much of the growth in UK employment in the last year has been in low wage work, dampening earnings growth and tax revenues. (The positive side of this is that the young and the unskilled are getting back into work. The proportion of young people not in work education or training is at the lowest level in ten years).

Stronger than expected growth in self-employment, where average earnings are below those in the rest of the economy, have also hit government revenues. The Office of National Statistics calculates that the median incomes for the self-employed fell by a whopping 22% between 2008-09 and 2012-13.

The Coalition's decision to raise the tax free threshold to £10,000 has eaten further into revenues. Meanwhile, a lower oil price has hit North Sea revenues and a cooling housing market means less money for the Treasury from Stamp Duty.

The Coalition's strategy has been to shrink the deficit mainly through cutting public expenditure. According to the Institute for Fiscal Studies spending cuts account for 71% of the planned fiscal consolidation, reduced interest payments 15% and tax rises just 12%.

Most planned tax rises have taken effect, but two-thirds of the planned cuts to spending on public services still have to take effect.

But that's not how voters see things. A recent poll for the Financial Times by Populus found that 60% of voters do not believe that any further cuts in public spending will be necessary in the next Parliament.

Paradoxically, cutting budget deficits may be politically easier in a time of crisis than when the economy is growing. Voters' concerns are already shifting away from the economy. Five more years of austerity is not a slogan that is likely to appeal to an electorate that has been through the deepest recession in generations.

The hope for whichever party or coalition wins the next election is that tax revenues pick up. Without such a recovery the next government would have to choose between pushing back the timetable for eliminating the deficit or piling on more austerity. The recession may be over, but much of the pain of deficit-reduction still lies ahead.