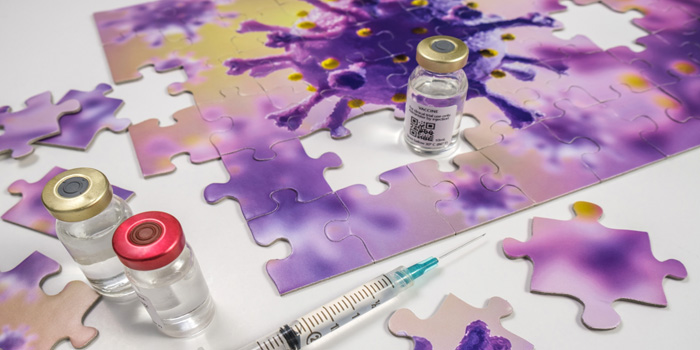 Earlier this week I joined my fellow Insight Leads as a panellist on a Deloitte Academy virtual event discussing ‘The Year Ahead’.1 My remit was to discuss the current extent and mitigations of the COVID-19 pandemic, and how the next 12 months might unfold. Unfortunately, the past month has seen a sharp rise in cases across many countries and the introduction of more severe restrictions. In the UK we have seen the continued escalation in the number of people testing positive, the NHS under more intense pressure than at any other time during the pandemic. The UK has also seen the rollout of two approved vaccines and a third national lockdown. My expectations for the year ahead reflect this increasingly complex and rapidly evolving situation and the developments likely to affect public health during 2021.

So what are the key facts and figures?

Across the world, despite the introduction of varying degrees of testing, tracing, lockdowns, curfews, mask wearing, and social distancing, the number of SARS-CoV-2 infections has continued to grow, accompanied by increasing numbers of COVID-19 related deaths. Many countries, like Germany and Turkey, which had appeared to handle the first wave well, have experienced rising numbers of cases and deaths during this second wave. By 13 January, globally, over 92 million cases and almost two million deaths had been recorded – see Figure 1. While the US continues to lead the global league table, Europe, and in particular Italy, the UK, Spain and France have seen over 1,000 deaths per million population.2 On a positive note, given the WHO’s mantra to ‘test, test, test’, the UK has seen the highest number of test per million population.

Figure 1. The ten countries with the largest numbers of COVID-19 cases as at 13 January 2021

Alarmingly, the average 7-day rolling global average of daily deaths in the first week of 2021 (4-10 January), at 12,901, is the highest since the global pandemic began. This is also more than double the 5,210 deaths recorded in the middle of the summer (14 to 20 July) when restrictions were being eased across Europe. Interestingly, between July and September, the average number of global daily deaths increased by only 57 (average 5,267 deaths per day 1-7 September) which at the time suggested the pandemic could be stabilising.3

Then came the second wave, and by the middle of November the 7-day global average daily death toll was 8,866 and growing, reaching 10,123 by the third week in December and now 12,901 (40 per cent higher than the number at the April peak of 6,750).4 Indeed, the second wave has spread much more widely and indiscriminately across Europe, with countries that had relatively low caseloads in the first wave (like Poland, the Czech Republic, Greece, Austria and the Netherlands), seeing some of the biggest percentage increases over the past few weeks (Figure 2).5

Figure 2. The countries in Europe experiencing the greatest increases and decreases in new cases over recent weeks

The situation in the UK

The UK’s third national lockdown on 5 January brought the closure of schools, leisure facilities, non-essential shops, pubs and restaurants, with most people required to stay at, and where possible work from, home. These restrictions, which limit how we exercise and who we see, are aimed at protecting the NHS and saving lives. This lockdown seemed inevitable given the high level of cases and deaths described above. Indeed, during the week 4-10 Jan the UK experience the biggest total number of new cases at 417,000 (or a seven day average of 59,000). Overall, 1 in 50 people were believed to have the virus last week, to 1 in 30 in London.6

Moreover, the surge in cases over the past month has led to a surge in the number of COVID-positive patients admitted to UK hospitals. By 13 January there were 35,075 people in hospital a doubling in 26 days and 162 per cent higher than the peak occupancy reached during the first wave in mid-April.7 The south west has become the third region after the east and south east to record twice the number of COVID-19 positive hospital patients seen at the height of the first peak of the pandemic.8 Indeed, providing critical care for this unprecedented increase in hospitalised patients is totally overwhelming the NHS and impacting staff health and wellbeing as never before. This requires leaders across every level of the NHS to work-out how best to support their staff as such support is crucial to the nation’s health service in navigating through this current crisis.

Light at the end of the tunnel

Today, one in five people admitted to hospital is likely to succumb to the COVID-19 disease, whereas in the first peak it was one in three. This improvement is a result of a greater understanding of disease progression and treatment, including when and how to deploy oxygen therapies including ventilation, as well as the availability of treatments like dexamethasone, identified as the standard of care in ICUs. However, globally there is as yet no treatment to prevent the need for hospitalisation.

The UK has put in place an extensive and robust testing system with the daily total of tests available regularly exceeding 600,000 (and the highest ratio globally tests per million population (864,649). Add to that our strength in genomics and ability to track and quickly understand the origins and likely impact of any variations in the virus. Indeed the emergence of the new and more transmissible COVID-19 variants has put even greater focus on vaccinations, as the missing piece of the jigsaw and the way out of repeated lockdowns.

The UK regulator was the first to approve the BioNTech/Pfizer vaccine candidate on 9 November, followed by the Oxford/AstraZeneca vaccine in December. A third vaccine, developed by Moderna Therapeutics, was approved on 5 January. Having three vaccines approved for use in less than a year since the SARS-CoV-2 genome was first sequenced is an incredible feat for science. Consequently, the vaccination programme in the UK is now in full rollout aiming to provide a first dose of the vaccine to 13 million of the most vulnerable by 15 February.9 As at 13 January, 2.64 million people (front line staff and over 80s) have been vaccinated, with more vaccinations in the first week of January than the whole of December.10 The UK has also vaccinated more people per head of population than any other European country (Figure 3).11 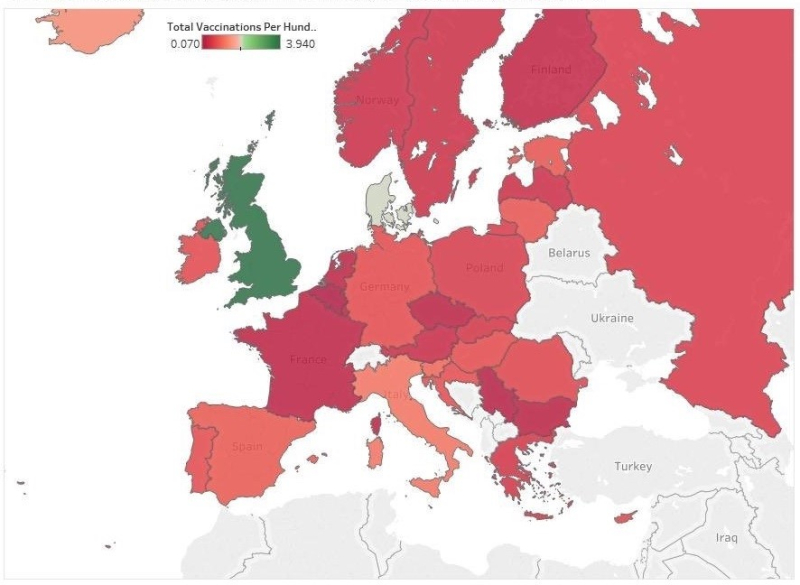 While the UK is expanding significantly the number of vaccination centres to achieve its ambition, all three vaccines in circulation require two doses. The UK’s distribution strategy, is to ensure as many people as possible receive a first dose of the vaccine, as opposed to people receiving a second dose within the 3-4 week timeframe indicated in clinical trials. It has therefore extended the spacing between doses to a maximum of 12 weeks.12 However, those vaccinated in December and January will need to receive their second doses in March, affecting the capacity for subsequent cohorts to receive their first vaccinations. Other constraints, include the supply of vaccines, quality control checks and availability of borosilicate glass vials, which prevents leaching and contamination, as well as ‘fill and finish’ capacity and syringes, all of which could constrain scaling up.

To date, the UK Government’s Vaccine Taskforce has secured access to 367 million doses from seven vaccine developers with four different vaccine types.13 This is particularly important as a return to anything approaching normality depends on these vaccines reaching millions and will also require the government to deploy effective leadership, communication and supply chain strategies. While the government has faced many extraordinarily difficult decisions to date, such decisions will continue to be needed.

The next few months are likely to be the most difficult yet in the fight against SARS-CoV-2. Policy makers will, therefore, need to manage the fine balance between ‘repressive restrictions and economic or libertarian concerns’. Nevertheless, the rollout of two vaccines and the approval of a third undoubtedly engender a sense of hope and a way out for the economy and healthcare system.

Indeed, easing restrictions and resuming business depend on the speed of deployment and efficacy of the vaccines. To date, predicting anything to do with the progress of this virus has proved risky. However, given the strong start, and assuming the UK hits its target of vaccinating roughly two million people every week, around 15 million people, principally health and care staff and the over-75s and clinically extremely vulnerable people, should have received their vaccinations by early-March (and the most vulnerable will be receiving their second dose). By early 2022 all UK adults should have been offered the vaccine.

This should enable some relaxation of restrictions by Easter. However, it is likely to be late spring or early summer before we envisage a return to some form of a new normality, and even then it is likely to involve a continuation of many of the mitigation strategies, such as mask wearing and social distancing, that we have become so familiar with. We also have to bear in mind that the speed of vaccination and recovery in other countries will vary. A return of travel and large gatherings is unlikely before late summer and maybe even later, when we should also see more material easing of restrictions and a strong rebound in economic activity.