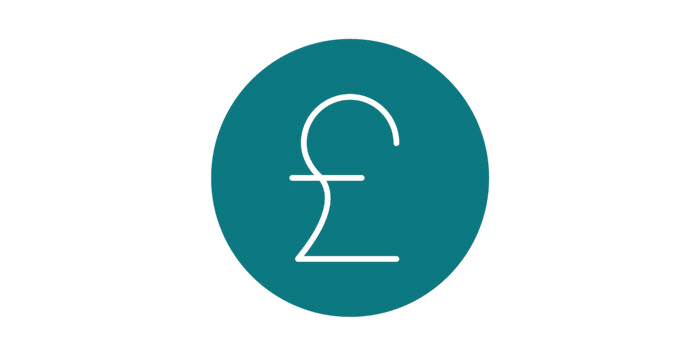 There was once a time when the FCA (and its predecessor body, the FSA) would declare that it was “not a price regulator.” By this it meant that while it may put in place rules to promote good conduct, market integrity and fair competition, it did not look to involve itself directly in the prices that regulated firms could charge to their clients or customers.

However, in recent years this hitherto consistent message has been modified. If you now ask senior figures at the FCA if it is a price regulator, the answer in the words of Mary Starks, until recently the FCA’s Director of Competition and Chief Economist, is “it depends.” Indeed, in its recent Approach to Competition, the FCA states that “there may be times when we need to intervene directly to protect consumers, such as on product standards or, more rarely, on price.”

Given this shift in the FCA’s stance, this blog explores the FCA’s evolving view on price caps, and the prospect of their future use.

The FCA’s use of price caps to date

Notably, in all cases to date where the FCA has introduced a price cap, it has done so not through its own initiative but under a legislative duty placed upon it by Parliament and the Government.

The FCA’s price cap introduced a daily interest rate cap of 0.8%, a default fee cap of £15, and a total cost cap of 100%, so that the borrower would never pay back more in interest, fees, and charges than they had originally borrowed.

The cap has radically changed the way the market operates. Consumers now pay significantly less for payday loans, and the market has also shrunk in size with £1.1bn lent in 2016, roughly half of what was lent in 2013.

In February 2018, Mary Starks, the aforementioned FCA Chief Economist, gave a speech on price caps. She noted that while the FCA is not a price regulator like Ofcom or Ofgem, who traditionally apply an RPI+X price increase formulae (where X is deemed to the efficiency savings the industry could make), the FCA has intervened to cap the prices charged for certain financial services products.

Starks’ speech displays some caution towards price caps: she observed that use of rent controls in New York had led to housing shortages and pushed up non-controlled rents, and that “fixing or capping prices can have very serious unintended consequences”. However, Starks was more approving of the price cap on interchange fees (for debit and credit cards) first introduced in Australia and followed by both the USA and the EU, noting that in this case “price control has proved more effective than competition”.

Remarking on the price caps introduced by the FCA, Starks emphasised that capping prices was “the exception not the rule” and that “across the financial services sector there are tens of thousands of prices set everyday by market forces where we do not intervene directly.”

Starks concluded by observing that the “prevailing orthodoxy was, until recently, that price control was an absolute last resort, only to be tried if all other attempts to boost competition had failed.” She agreed, saying that “I basically stand by that.”

However, since she gave this speech the FCA has gone on to raise the prospects of price caps in a number of markets. Importantly, in none of these cases has the FCA been responding to legislation or a legislative duty placed on it, but instead has itself proposed the cap.

In May, the FCA published two consultation papers as part of its high cost credit review; CP18/12 on rent-to-own products, home-collected credit, catalogue credit and store cards, and CP18/13 which is focused on overdrafts.

The full details of the review’s proposed remedies are set out in our previous blog, but among the proposals the FCA was consulting on was a price cap on rent to own products and the prospect of a ‘backstop’ price cap on overdrafts. While the price cap on rent to own products looks likely to go ahead, the price cap for overdrafts is characterised as a ‘backstop’ measure at this stage: the FCA first wants to see if its other remedies lead to banks reforming the way they charge for overdrafts to make them fairer and more transparent.

Arguably, the proposed price caps for these credit products are a logical extension of the existing payday loan cap: many commentators have, for instance, questioned why overdrafts should continue to be outside the scope of the FCA’s existing cap when they can often prove more expensive than payday loans.

The FCA is also looking at pricing in the cash savings market. In July, the FCA published an occasional paper on price discrimination in the cash savings market, noting that many savings customers with accounts open for long periods of time were typically paid less interest than those customers who had recently opened a savings account. To address this issue, the FCA has said that it will look to introduce a Basic Savings Rate (BSR). The BSR would require firms to set a minimum variable interest rate for all their easy access savings accounts and cash ISAs after they had been open for a set period of time (for example, a year). The BSR would work differently from other price caps as it would require firms to offer a minimum (as opposed to a maximum) price that they must pay to their customers via interest, and because it gives firms the freedom to set the BSR themselves; but it again shows the FCA’s increasing appetite to involve itself in the prices set by firms1.

Most recently, in September 2018, the FCA’s CEO, Andrew Bailey, said in a speech on pensions that the FCA is looking at further price caps in the pensions market. He concluded remarking that: “At this stage we are not convinced” but “If we find problems with charges, then capping will be on the table as a response.”

The FCA’s recent set of proposed price caps show that it is increasingly focused on economic outcomes for consumers; that is, the prices consumers pay and the value for money of the products and services they purchase. While the FCA appears still to view a price cap as a last resort, to be used sparingly and only and when other remedies are judged to have failed, it is, nonetheless, gaining prominence amongst the options available to the FCA where it considers market failure is occurring.

Given the price caps it has proposed to date, we can expect consumer credit markets to be a continued area of focus for the FCA’s potential use of price caps, alongside those markets in which vulnerable consumers may pay higher fees and charges. Those markets which see long-standing consumers pay higher charges (or receive lower interest rates) than newer customers are also likely to receive scrutiny. The recently launched Citizen Advice’s super complaint about the “loyalty penalty” and the FCA’s reviews of pricing in the home and motor insurance markets, as well as its previous work on how renewals affect the price of insurance, all demonstrate the growing attention this issue is receiving.

1The same month saw the FCA set out the scope of its investment platforms market study. The scope’s emphasis on ‘value for money’ and promise to “consider whether advisers pass the benefits of competition between platforms onto investors in the form of lower adviser and platform fees” has been interpreted by some as an indication that the FCA is looking at this market in the capacity of a price regulator.

Andrew Bulley joined Deloitte in October 2016 from the Bank of England, where he was, most recently, the Director of Life Insurance Supervision.  Between 2014 and 2016 he was a UK voting member of the Board of Supervisors of the European Insurance and Occupational Pensions Authority (“EIOPA”).  In a career with the Bank of England and Financial Services Authority stretching over 27 years, Andrew has held senior roles in the supervision of life and general insurers, the London wholesale insurance underwriting and broking markets, retail and investment banks, asset managers, and IFAs.

Felix is a Manager within the EMEA Centre for Regulatory Strategy in Deloitte’s London office, where he focuses on conduct regulation across a range of financial services sectors. Prior to joining Deloitte, Felix worked at the FCA where he helped produce a wide range of the organisation's House and Sector Views, including those on Retail Banking and Lending, Retail Investments and Wholesale Capital Markets.

Orla is a Senior Manager in Deloitte’s Centre for Regulatory Strategy where she focuses on Conduct Regulation. She has extensive experience of working with financial services firms to help them understand the strategic and operational implications of changes to conduct regulation. She joined Deloitte in June 2017.