Speaking recently at the Westminster and City Annual Conference on bulk annuities, David Rule (PRA Executive Director of Insurance) set out his views on the risks facing UK life insurance firms as they expand into the bulk purchase annuity market and increasingly back these liabilities with investments in illiquid assets. He also made some important observations on the appropriate level of the risk margin1.

Illiquid assets currently make up around 25% of assets backing annuities, but this is expected to increase to around 40% by 2020 according to firms’ business plans. Many UK corporates remain keen to transfer their pension liabilities to third-parties; and potentially a rising interest rate climate will make such deals more economic for them to do so.

This blog highlights three points from David Rule’s speech that are particularly relevant to insurance firms considering investing in or looking to increase their exposure to illiquid investments such as Equity Release Mortgages (ERMs):

(I) The PRA is concerned that the trend towards illiquid investment may be leading insurers to increase their exposure to the UK housing market at possibly the wrong point in the economic cycle.

(II) The PRA will be increasing its scrutiny of investment in illiquid assets, which not only offer insurers large spreads but also large a matching adjustment benefit in contrast to traded debt securities. 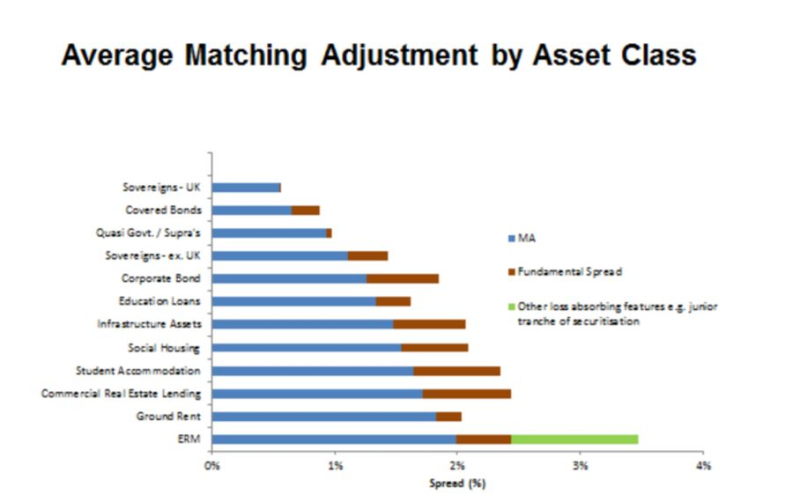 (III) The PRA’s view appears to be that a risk margin broadly some 30% below current levels would be “more appropriate”.

1An annuity is a very serious business - speech by David Rule - published on 26 April 2018. The charts in this blog have been replicated from this speech.
2EIOPA’s long-term guarantees assessment ran from 28 January 2013 until 31 March 2013. Results of EIOPA’s long-term guarantees assessment were published in June 2013. Political agreement was reached on the "Omnibus II" Directive (which enshrined the long-term guarantees measures in EU level 1 text) in November 2013.
3https://www.bankofengland.co.uk/-/media/boe/files/speech/2017/solvency-2-one-year-in.pdf
4See InsuranceERM article from 31 January 2018 – “The PRA's David Rule on Brexit, the risk margin and the regulator's hotspots for supervision in 2018”.

Andrew Bulley joined Deloitte in October 2016 from the Bank of England, where he was, most recently, the Director of Life Insurance Supervision. Between 2014 and 2016 he was a UK voting member of the Board of Supervisors of the European Insurance and Occupational Pensions Authority (“EIOPA”). In a career with the Bank of England and Financial Services Authority stretching over 27 years, Andrew has held senior roles in the supervision of life and general insurers, the London wholesale insurance underwriting and broking markets, retail and investment banks, asset managers, and IFAs.

Umair focuses on prudential regulation for insurance firms. His background is in Government, where he worked on development of regulatory policy for insurance companies and occupational pension schemes.