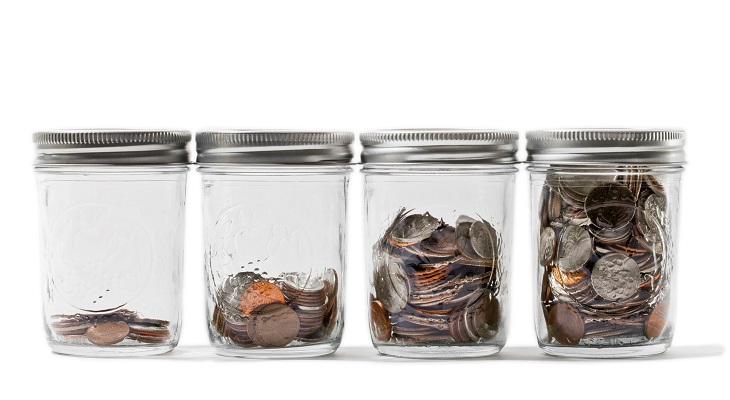 Ahead of this weekend’s G20 Leader’s Summit in Brisbane, the Financial Stability Board (FSB) has published its proposals to require global systemically important banks (G-SIBs) to hold a minimum amount of capital plus bail-in-able debt, known as ‘TLAC’. While this is by no means the end of the journey to eliminate ‘too big to fail’, these proposals represent the last major outstanding piece of post-crisis prudential policy for banks. A quantitative impact study (QIS) will be run in 2015, before finalisation of the proposals. This process will not be a formality – there are questions of substance left to address.

The proposals are primarily of interest to G-SIBs, but given the potential read across to domestic systemically important banks (D-SIBs) and other firms, non G-SIBs should also take an interest. This is particularly the case in the EU in light of the minimum requirement for own funds and eligible liabilities (MREL), which applies to all banks and investment firms, not just those considered systemically important. MREL will be reviewed in 2016, and may be further aligned with the international standard.

Out with ‘GLAC’, in with ‘TLAC’
‘Total loss-absorbing capacity,’ or ‘TLAC,’ refers to a bank’s regulatory capital plus a buffer of long-term unsecured debt to be readily available for write-down or conversion to equity in a resolution.

Since it became clear some time ago that G-SIBs would be required to hold more capital and bail-in-able liabilities, the major questions have been:

1. How much?
2. Which types of liabilities will count? and
3. Where will those liabilities have to be issued from and held in the group?

How much?
There will be a common minimum Pillar 1 TLAC requirement for G-SIBs somewhere between 16% and 20% of RWAs, to be determined by the QIS. A bank’s Pillar 1 requirement will also be no lower than the amount of capital that would be required to meet double “the relevant Tier 1 leverage ratio requirement”. This appears as a backstop rather than an additional challenge, although UK and US G-SIBs might wonder whether it means double the Basel III minimum, or double their local, more onerous, ratios.

G-SIBs will then face the prospect of a firm-specific Pillar 2 add-on. There is no indication of its likely scale or what will motivate it, leaving significant uncertainty, although the outcome of resolvability assessments will clearly be central.

The 16% - 20% range also excludes capital buffers – G-SIBs will have to add on capital conservation buffers (2.5% of RWAs), G-SIB buffers (between 1% and 2.5% of RWAs), and any countercyclical or other capital buffers. The range is therefore anything between 19.5% and upwards of 25% of RWAs, depending on where Pillar 2 figures come out.

Which liabilities?
TLAC will comprise regulatory capital, plus other liabilities which can be readily written down or converted to equity (bailed-in) upon entry into resolution. TLAC instruments must have a minimum remaining maturity of at least one year, be unsecured, and be subordinated to other liabilities. Various liabilities such as insured deposits and derivatives are excluded. There is also a specific requirement that at least one third of TLAC is made up of debt instruments.

On top of the 4.5% Basel III CET1 minimum and the one-third debt requirement, G-SIBs will have options as to how they meet the rest of their TLAC – roughly between 6% and 10% of RWAs. Given that additional equity cannot count towards capital buffers until the TLAC requirements is satisfied, the incentives would seem to favour debt over equity.

Clearly the definition of resolution entities will prompt significant debate, and crisis management groups will need to be very clear on their designation, particularly where regional intermediate holding company requirements are being created, such as the US and conceivably even the EU.

Internal vs. external TLAC – ‘pre-positioning’
While all resolution entities will have to issue external TLAC, the overseas material subsidiaries of resolution entities will have to hold ‘internal TLAC’ to ensure that they have sufficient loss absorbency ‘pre-positioned’ on-balance sheet within their jurisdiction. This is the unfortunate consequence of an enduring lack of trust across borders and the absence of a binding framework for cross-border cooperation. The FSB suggests the appropriate amount of pre-positioning to be between 75% and 90% of the external Pillar 1 TLAC requirement those subsidiaries would face on a standalone basis if they were themselves resolution entities. But the FSB also notes that its principles do not prevent a host authority from imposing either external or internal TLAC requirements on any subsidiaries in its jurisdiction, whether material or not.

A new metric, new challenges
G-SIBs are in the unenviable position of having to meet Basel III minimum capital requirements, two new formal liquidity requirements in the LCR and NSFR, a binding leverage ratio, and now TLAC. Banks’ capital and funding profiles have changed significantly in recent years, but many have a long way yet to go, and for anyone puzzling over how to structure their capital and funding models in the most efficient way, a TLAC requirement does little to help. It introduces yet another metric into the mix, and several new parameters into the equation. The interaction between TLAC and other capital buffers is complex, as are the consequences of breaches. Further, it will change the costs of various types of funding, as probabilities of default and loss given defaults change for different creditors, and the TBTF ‘implicit subsidy’ is further reduced.

Ending too big to fail has been a policy imperative in the wake of the crisis, and the complexity of the task has been equal to its importance. As we approach and pass the G20 Leader’s Summit and make our way into 2015, there remains a lot of puzzling left to do.

David Strachan - Partner, Co-Head EMEA Centre for Regulatory Strategy
David focuses on regulatory issues related to systemic risk, including the Independent Commission on Banking’s work in the UK and the international tools deployed in relation to crisis management. David joined Deloitte after 12 years at the FSA, where in his last role, Director of Financial Stability, he worked on the division of the FSA into the PRA and the FCA.

James Polson, Partner
James is a Partner within Deloitte’s Banking & Capital Markets practice. He is a leading member of our global team focusing on recovery and resolution plans and has been working actively in this area for five years.  He leads some of our largest RRP projects, works with Deloitte teams globally and represents Deloitte on industry groups and in discussions with regulators around the world on this topic.  LinkedIn